A new representation of the nervous system: the hypermatrix

It is a big challenge to develop the most appropriate mathematical model to describe the electrical activity of different groups of neurons. There are more neurons in the nervous system (about 86 billion) than we have seconds in a 100 year lifetime (about 3.15 billion seconds). To abstract these ideas mathematically, we need to think about neurons as groups performing different functions together. We also need a conceptual mathematical framework to describe the functional firing contribution of each neuron to the firing of other neurons with which it synapsis and these in turn to others with possible feedback and including the synapses them- selves in this representation. 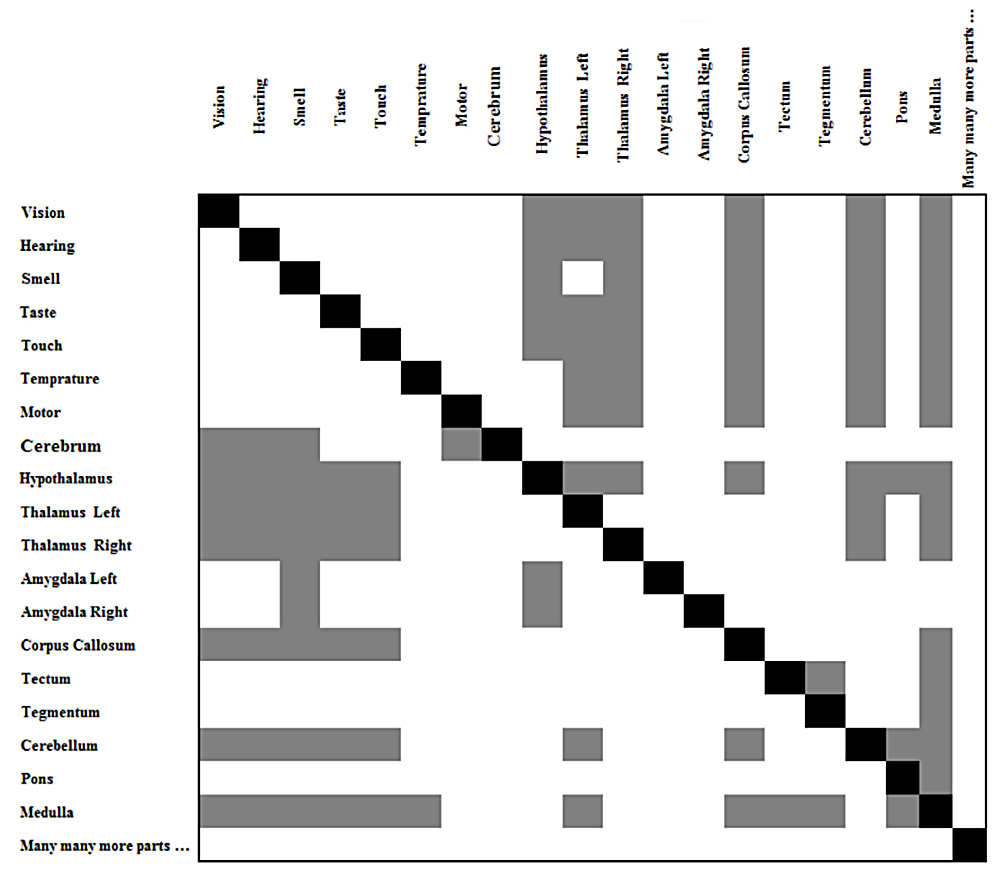 Fig. 1. Hypermatrix of the brain.

We represent the nervous system with a large matrix called a hypermatrix, whose entries are supermatrices which we have been using extensively in making complex decisions. The entries of a supermatrix are themselves smaller matrices whose entries are column eigenvectors (eigenfunctions in the case of neural firings).

(1) The hypermatrix is decomposed into blocks corresponding to modules, whose neurons must synthesize information internally to the submodule, before exporting it to other modules. The hypermatrix consists of block matrices which, if looked at as a group of nodes, form a network with many circuits. It is reasonable to refer to microcircuits within a module, and to circuits between modules.

(2) Different modules relate to different functions, and some may take longer to complete their work than others. In particular, control modules which lead to response and action and to the setting of priorities, are part of the hypermatrix and apply their influence after other neurons have completed a phase of their interaction.

(3) Organized timing of signal transmission and receipt, excitation and inhibition, and the role of memory, play a crucial role in the synthesis of signals. Periodicity of period one is probably the rhythmic canon that one would like to know exists in the brain. Fortunately, proportionality implies that this kind of programmed structure for all neurons is present in the brain.

(4) To synthesize information from the matrix, we need to consider operations on it, compatible with items 1–3 above. Timing implies that, as we continue to operate on the matrix, we eventually catch up with all potential syntheses that are being worked on in different modules.

(5)  A numerical evaluation of an overall outcome, a state of mind, from the outcomes of the matrix is essential. Because control is not worked out explicitly in the hypermatrix, it is difficult to specify how this overall evaluation function comes about in the control component of the outcome. But we know that it is there, because we all can say how we feel in general without itemizing each part and how it meets our developed standards.

(6)  The dynamics of a constant influx of desultory data or noise that interrupt the continuity of flow of information as they are reflected in the matrix, and which require filtering, must be considered.

(7)  The principal eigenvector of this matrix consists of a linear combination of products of firing functions that are arranged in an orderly way. An important observation is that those entries relating to the senses are so close to one another that their firings may overlap from one sense to another. For example, smell and taste influence each other so that smelling a food can become tasting that food, as is known to be the case for some people. 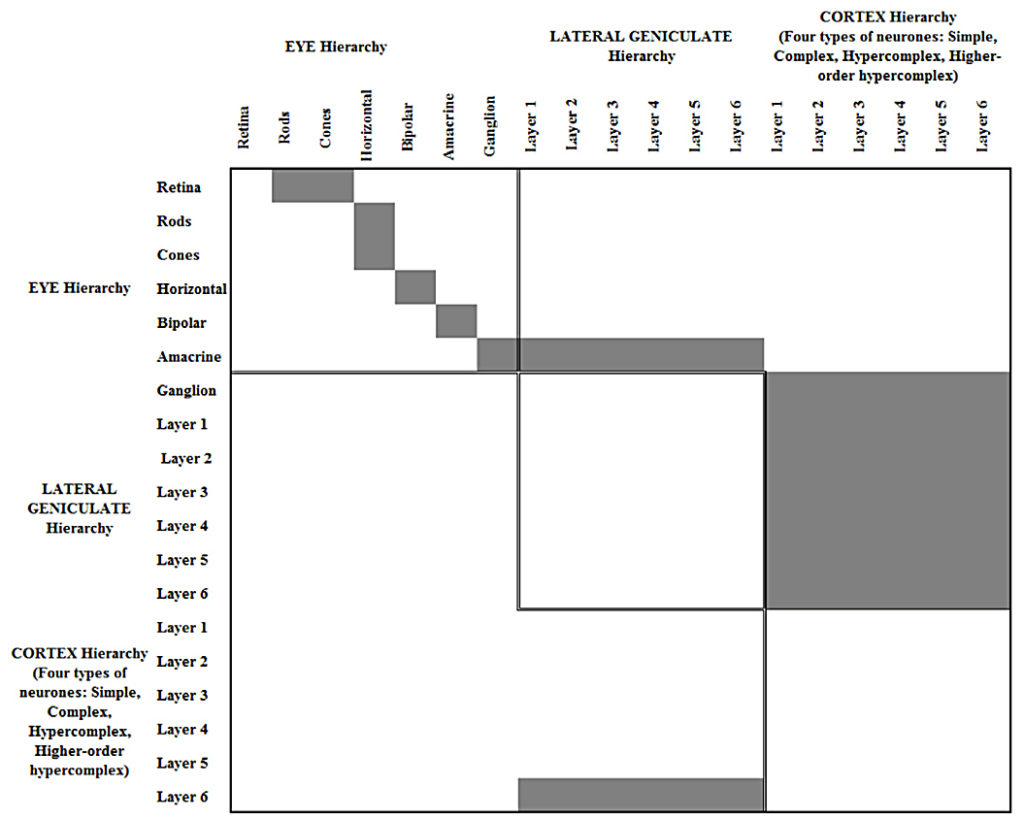 To summarize, this work is concerned with the firing of many neurons and the synthesis of these firings to develop functions and their transforms which relate chemical and electrical phenomena to the physical world through an electromagnetic field whose totality defines all our feelings conscious and subconscious.

Part 2-The firings of many neurons and their density; the neural network its connections and field of firings.
Saaty T
Neural Netw. 2016 May 9