3,4 Methylenedioxymethamphetamine (MDMA) is an amphetamine derivative widely consumed by adolescents, which has been described that produces oxidative stress in neurons such as dopaminergic neurons. Moreover, many patients with Alzheimer’s disease develop extrapyramidal symptoms due to alterations to the dopaminergic system which contributes to a worse prognosis. Thus, both issues are of great interest for public health. 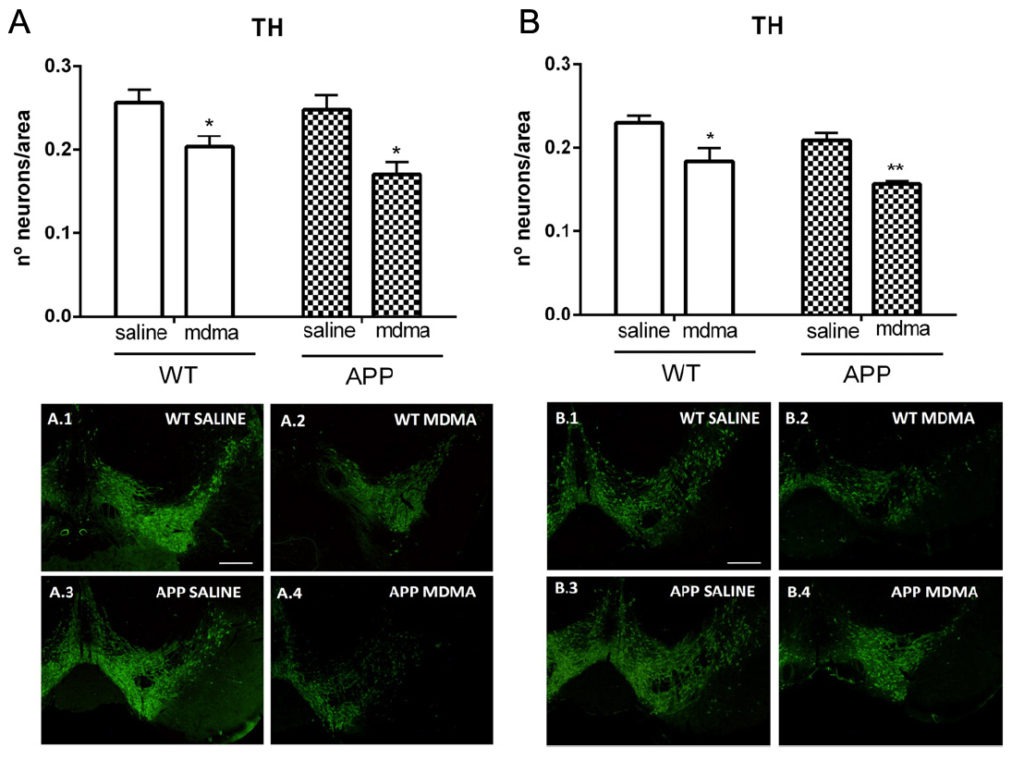 Fig. 1. Effect ofMDMAon TH-positive neurons in the SN, inwild type(WT) and APPswe/PS1dE9 (APP)mice. Bar graphs A and B showthe number of THpositive neurons inSN,2weeksand 3months after the last exposure to the drug, respectively. Panels A1–4 and B1–4 show photomicrographs of the effects of MDMA on TH immunofluorescence in the SN at two time points, 2 w and 3 m, respectively. Scale bar: 200 μM.

To determine whether a prolonged consumption of MDMA during adolescence may accelerate the progression of the disease, we used a mouse model of familial Alzheimer disease (APP/PS1 mice), which try to imitate the features of the neurodegenerative process. We used a MDMA schedule aiming to simulate the typical weekend binge abuse of this substance. Animals were dosed 3/day with the amphetamine derivative, every three hours, once per week for eight weeks. Besides the boosting schedule, the doses were increasing throughout the experimental process imitating the classic consumption of a reinforcing compound. Drug administration was carried out at high ambient temperature, simulating the hot environment in which the substance tends to be consumed. All the animals were treated during the adolescent period (from one month to three months old). To evaluate the treatment’s effect the animals were sacrificed at two points: two weeks after the treatment when the animals were young animals (3 months-old), or three months after the treatment considering them mature animals (6 months-old).

As the main goal of the study was to assess whether our treatment schedule was able to produce such dopaminergic alteration, which might trigger a nigrostriatal dysfunction in this model, the main dopaminergic parameters and locomotor activity were evaluated besides the amyloid deposition plaques in the striatum.

Short time effects (young animals): When the locomotor activity was tested in the open field, only wild-type (WT) MDMA-treated animals showed a reduction in their activity, which was in agreement with the decreased neurons in substantia nigra (SN) (Fig. 1) and dopamine (DA) and DOPAC levels in the striatum. On the other hand, the APP/PS1 MDMA-treated animals did not show neither the reduction of locomotor activity nor the decreased levels of DA/DOPAC, despite of showing lowered number of DA neurons in SN. The reduction of tyrosine hydroxylase (TH) induced by MDMA in SN is not accompanied by a decrease in the striatum, indicating a sprouting process. However evaluation of other DA parameters (DAT) in APP/PS1 animals treated with MDMA, suggested an impaired recovering in these animals, which also showed a greater oxidative stress production than WT animals.

Long-term effects (mature animals): In the open field, transgenic animals showed higher locomotor activity than WT animals. When the striatal neurotransmitters levels were determined, the APP/PS1 mice exhibited increased DA levels versus WT animals, whereas DOPAC levels and the DA turnover were decreased, pointing to a dysregulation in the DA system, also evidenced by a reduction of 40% in MAO-A expression. MDMA exposure accentuated the age-dependent decrease in both DA turnover and MAO-A expression in double transgenic mice. The APP/PS1 mice showed higher levels of striatal oxidative stress than those of WT. The most novel finding shown in this study is that adolescent exposure to MDMA produces an increase in the number of Aβ-amyloid plaques in the striatum of APP/PS1 mice in their early adulthood (Fig. 2). The potentiation of plaque deposition is a finding of great importance and this is the first study showing such potentiation by an amphetamine derivative in a murine model of FAD. 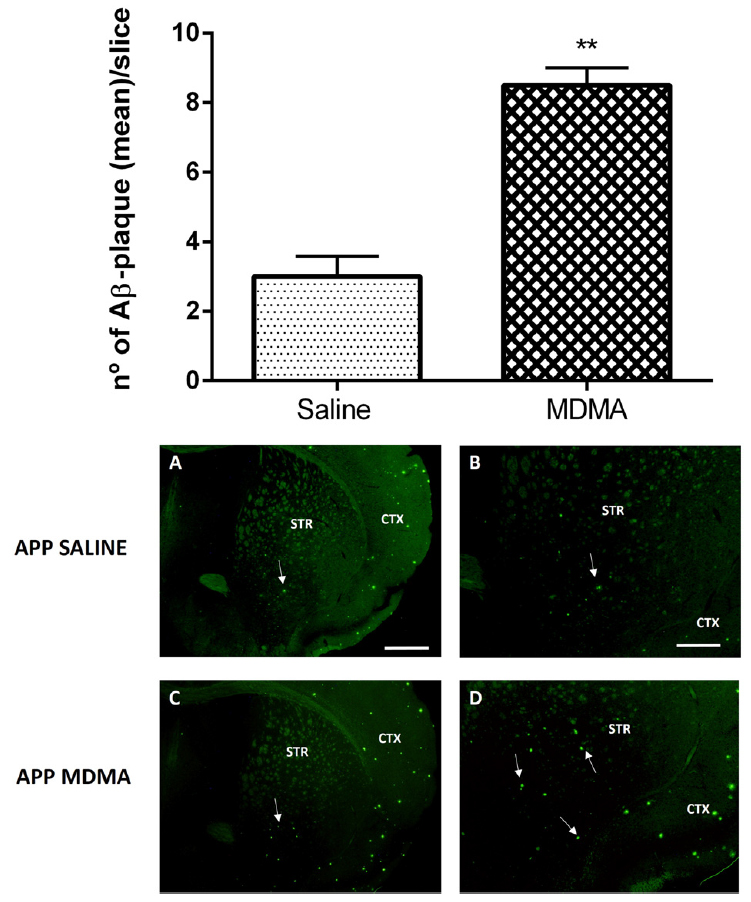 Fig. 2. Potentiation by MDMA the plague deposition in the striatum of the 6 month old APP/PS1 mice.

In conclusion, MDMA administration seems to accelerate the appearance of the striatal dopaminergic dysfunction in this model. APP/PS1 mice exposed to MDMA during the adolescence show an increased amount of Aβ plaques in the striatum in early adulthood, probably contributing to a worse prognosis of the neurodegenerative process associated with the AD.