Primary myelofibrosis (PMF) is a rare form of cancer of the bone marrow in which abnormal proliferation of blood-producing cells result in replacement of the marrow with a scar tissue (“fibrosis”). The course of PMF is variable. Some patients experience a rapidly progressive disease and die in less than one year whereas other patients live 10 years or more. Overall, the median survival of patients with PMF is 5 years.

Several investigators use various complicated prognostic measures to predict PMF patients’ survival. The international prognostic scoring system (IPSS) stratify patients into 4 risk groups based on age more than 65 years, presence of constitutional symptoms, hemoglobin less than 10 g/dL, WBC more than 25 X 10^9/L and circulating blasts cells > 1%. Based on the IPSS, the dynamic IPSS (DIPSS) was developed and accounts for acquisition of risk factors over time. Another refinement of the model, proposed by the Mayo Clinic group, incorporates into this model adverse karyotype, transfusion dependency and thrombocytopenia. 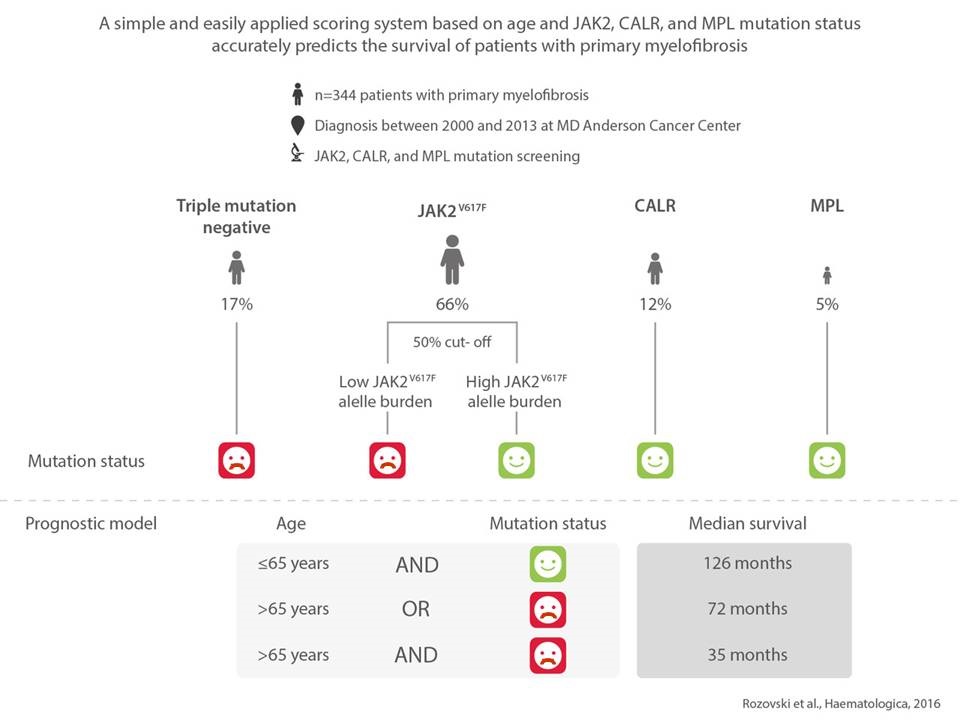 Hence, in patients with PMF, age and JAK2/CALR /Mpl mutation status are independent predictors of survival. Based on these variables we developed the “Agene” prognostic model which stratifies PMF patients into 4 groups of equal size with distinct survival outcome.