Plant-microbe interactions determine plant growth and productivity and therefore may mediate both the invasiveness of non-native plant species and the impacts that they have in invaded ecosystems. Previous research has shown that invasive Acacia dealbata populations in the grassland biome of South Africa share a core of bacterial and fungal taxa in its rhizosphere. However, little is known about the functions of the constituents of these altered rhizosphere microbial communities. To start filling this gap, the authors investigated whether these rhizosphere communities contain genes associated with plant growth-promoting (PGP) traits and the microorganisms harbouring them. Using shotgun metagenomics, they found that several genes associated with these traits were significantly overrepresented in the rhizospheric metagenomes compared to neighbouring bulk soils collected away from A. dealbata stands. The majority of these genes were involved in the metabolism of nitrogen, carbohydrates and vitamins, and in various membrane transport systems (Fig. 1). They also showed that, although this leguminous tree associates with different bacterial taxa, Bradyrhizobium strains, possibly co-introduced with A. dealbata, harboured most of these genes. It is widely accepted that beneficial symbionts such as bradyrhizobia can enhance host nutrition, growth and stress resistance. Therefore, it seems that Bradyrhizobium has the potential to promote the invasiveness of A. dealbata. 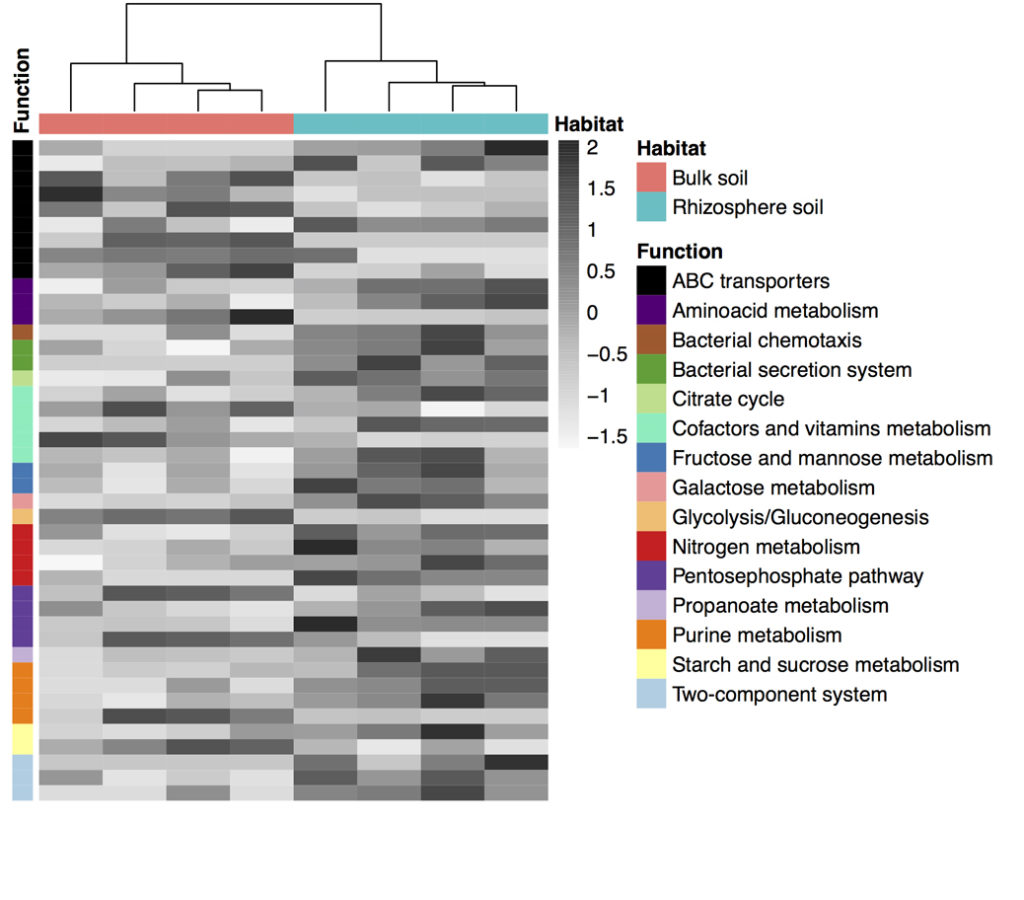 Fig. 1. Heat map of differentially abundant plant growth-beneficial functions, as revealed by STAMP statistical analysis using metagenomics data for eight samples. Genes associated with a similar function are represented by one colour; for example, black denotes genes associated with ABC transporters. Each row was scaled so that the mean of each gene across samples was calculated and coloured by the corresponding z-score of each cell. Clustering of the samples was done using the UPGMA method with correlation distances.

The control of invasive plants in South Africa has become very resource-intensive and difficult to maintain. A recent study reported that $40 million is spent annually on mechanical and chemical control of invasive plants, including A. dealbata, in South Africa. Nevertheless, it appears that there is no significant relationship between the resources invested and control success. The findings presented here indicate that the symbiotic relationships between A. dealbata and their associated microbes (i.e., bradyrhizobia) may offer a new target for development of control methods and management strategies.