For decades scholars have debated energy policy choices, especially nuclear versus renewable energy. In a paper published in 2015 in the journal Conservation Biology, Brook and Bradshaw compared impacts and costs of future energy technology scenarios for electricity generation. They described their analysis as “objective.” However, all scientific research, including theirs, inevitably contains subjective judgments such as selection of data, method, terminology, assumptions about unknown variables, and onus of proof. 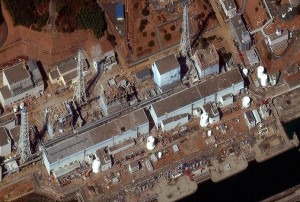 Fukushima nuclear power station following the explosions at three of its reactors.

Brook and Bradshaw compared three electricity scenarios: business as usual, renewable energy and nuclear energy. Their method was to use multicriteria analysis, which is not an objective method but is actually designed to explore explicitly the results of different subjective judgments. Their results gave top ranking to nuclear energy.

My paper examines both the criteria chosen subjectively by Brook and Bradshaw to compare the energy scenarios and the validity of the scores they assigned to the criteria they considered. I find that they used the concept of “dispatchability” of individual power stations incorrectly as a relevant criterion for reliability of electricity supply systems and they omitted to include the proliferation of nuclear weapons from the civil nuclear industry as a highly relevant criterion for the comparison.  The scores they chose for their chosen criteria – land use, life-cycle CO2 emissions, safety, solid waste, and cost of electricity – are all subjective and biased to nuclear energy.

Furthermore, Brook and Bradshaw claimed to use methods that they didn’t actually use and omitted to reveal their assumptions underlying several of their results. Their paper and supporting information contain many internal inconsistencies, factual and arithmetical errors, poor referencing, inappropriate comparisons, unsupported claims, much rhetoric and absurdities. Almost all their assumptions and data on renewable energy, and many on nuclear energy, are incorrect. Furthermore, they do not cite a relevant earlier study on the same topic as their paper by Mark Jacobson at Stanford University, who took a similar approach but obtained quite different results. I conclude that Brook and Bradshaw’s paper is severely flawed and does not present a credible case for nuclear energy, either for biodiversity conservation or a better human society.