Dystonia is a neurological disorder characterized by abnormal postures that interfere with making movements. Writer’s cramp is the most common type of dystonia involving the upper extremity. Patients initially experience painless loss of control while writing, discomfort in the hand, and eventually unwanted muscle spasms. While the pathophysiology is not entirely clear, writer’s cramp is presumed to be triggered by repetitive writing. When the disorder worsens, the dystonia may no longer be task specific and can occur with other tasks. Writer’s cramp often has an impact on many aspects of patients’ daily life. 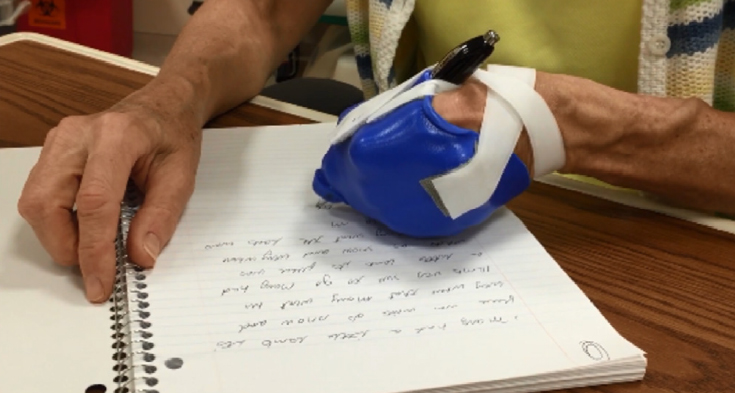 FIg. 1. Example of an isometric splint customized for a patient.

Various types of therapy have been introduced as treatment for writer’s cramp, of which botulinum neurotoxin (BoNT) injections are currently considered the most effective. While focal BoNT injections of the affected muscles can be effective, a limitation is that the benefit is temporary. Based on the results of studies showing that occupational therapy can be useful, we hypothesized that BoNT together with a specific type of occupational therapy would be better than BoNT alone for treating writer’s cramp.

In writer’s cramp, abnormal posturing has different patterns in different individuals. We postulated that practicing movements in the direction opposite to the dystonia would be helpful symptomatically. BoNT injections could also help to weaken the dystonic movements and allow for the patient to perform these movements. We therefore combined BoNT injections and motor training to seek improved benefit.

In this study, we compared the effects of BoNT therapy alone with a combination of BoNT & occupational therapy (OT) in patients with writer’s cramp as measured by a patient-rated subjective scale (the primary outcome measure). Other outcomes, including the writer’s cramp rating scale (WCRS), writer’s cramp impairment scale (WCIS), writer’s cramp disability scale (WCDS) and kinetic parameters were also studied. Twelve patients with writer’s cramp were randomized to two groups. Six received only BoNT therapy and six received BoNT & OT.  The OT involved specific exercises of finger movements in the direction opposite to the dystonic movements during writing, which was made possible with use of a hand splint (Fig. 1). Patients made a total of 9 visits over 24 weeks. (See Table 1 for schedule of events). 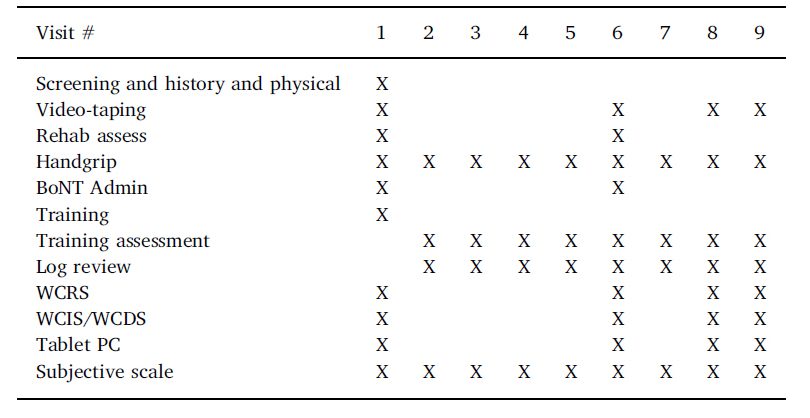 We found that the patient-rated subjective scale scores at 20 weeks were not significantly different between the groups; however, a trend for greater improvement in the BoNT & OT therapy group (40% decrease in Visual Analogue Scale [VAS] scores) was noted, compared to the BoNT therapy group (21% decrease in VAS scores). For WCIS, improvement was found in the BoNT & OT group, noted by the decrease (28%) in scores. These results suggest that combining BoNT injections and occupational therapy may result in objective improvement, but as the baseline scores of the two groups were different, comparison between the two groups is limited.

Several limitations should be considered when interpreting these results. A major limitation is the small sample size. Other factors, such as the presence of different patterns of dystonia within our sample resulting in varying degrees of clinical severity should also be considered. While we also aimed to compare several secondary outcome measures, our statistical analysis showed that the two groups had different baseline scores that did not allow for a reliable comparison.

Our study is the first randomized, double-blinded study assessing the effects of combining BoNT injections with OT to only BoNT injections on patients with writer’s cramp. Future larger-scale studies are necessary to establish the additive effect of customized occupational therapy on chemo-denervation achieved by BoNT injection.