Can tree rings be used as pollution bioindicator archives to reconstruct past environments?

Trace heavy metal (HM) pollution over time and space is becoming a growing global problem, as many studies have confirmed that human activities have dramatically increased natural concentrations of metal pollutants in the last century. HM are related to different sources of pollution, such as mining, industry and energy production, population growth and fossil fuel burning. Like the pages of a history book, tree rings contain information about environmental conditions that the trees itself have experienced along his life.  While Dendrochronological methods are best known for recording historical climate change, they have also contributed to controversial findings regarding pollution chronology. From this perspective, Aleppo pine (Pinus halepensis Mill.) is one of the most widely distributed forest species in the Mediterranean basin and represents an accessible bioindicator to evaluate degraded ecosystems and to analyse historical trends in the past and the present-day. 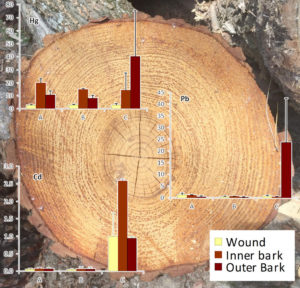 Fig. 1. Heavy metal contents in wound and bark (inner and outer) of Pinus halepensis in the three areas of study. Zone A near of Alcudia coal-fired power plant, zone B in sierra de Tamuntana of Mallorca and Zone C in trees of the Cartagena–La Unión mining area (Murcia, Spain).

This study compares HM contents in tree cores and bark under different pollution conditions (soil pollution due to mining waste and atmospheric pollution due to coal-fired power plant emissions) with differing degrees of contamination at three sites in Spain. We observed that Cd, Pb and Hg contents in Aleppo pine bark were much higher at La Union mining area than at Majorca island sites. In addition, the time pattern of each metal in the xylem is completely different. In La Union mining district we observed high Pb levels in soil (approximately 360 fold higher than Majorca soil) but did not detect Pb in tree rings. Mercury is another non-essential HM for trees that tends to be associated with atmospheric pollution. Nevertheless, in this study Hg contents in tree rings were similar at both sites for all three periods in despite the Hg content in mining soil being 30-fold higher than at sentinel site in Majorca Island.

While fascinating, the discovery hints that tree rings are not the ideal history books that they have so often been claimed to be. As we can deduce from this study, interpreting HM contents from tree rings is not and straight-forward task.

Aleppo pine in this study area are genetically similar based on neutral markers, but the different sampled areas differs in adaptation to HM concentrations, probably as a result of strong and rapid selection after the mining activities in the area since Roman times for more than 2500 years. The existence of populations with very contrasting levels of HM content, poses also some important questions relate to the genetic basis of tolerance to HM content, and the rapid evolution of populations to adapt in situ to these extreme conditions. 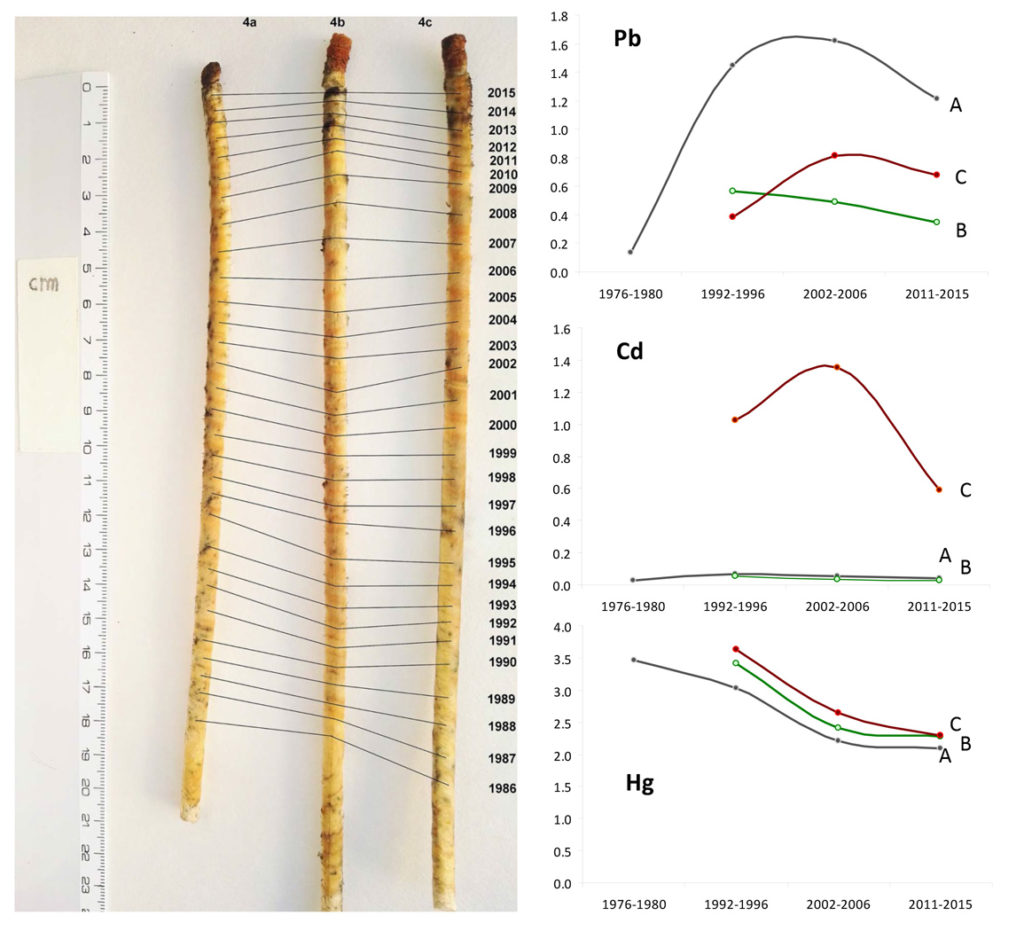 We need to advance in understanding all these processes before using tree rings as bioindicators for HM pollution.