Contraception by Essure: FDA’s gift to women comes in a new “Black Box”?

Worldwide, at least 750,000 women have had the Essure® procedure, which is the only method on hysteroscopic sterilization (HS) currently available.

Efficacy data provided by the device manufacturer claims that HS is 99.83% effective at preventing pregnancy over a 5yr interval, with the proviso that the implant is only used for approved indications and according to “perfect use” guidelines. In France, government health authorities now recommend HS as the “first line alternative” for women over age 40 who request permanent contraception. Even the off-label use of Essure® in the management of tubal disease (before IVF) has been mostly favorably reported. 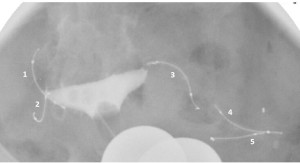 However, a recent investigation has looked more closely at earlier studies and found a very different picture of HS. Using a statistical model to estimate pregnancy rates among Essure® users over a 10 year interval, pregnancy probability at year 1 and over 10 years was found to be substantially higher with Essure® compared to standard laparoscopic tubal ligation.

Disagreement on contraceptive efficacy notwithstanding, the lay press has also called attention to complications associated with Essure®. Curiously, the total worldwide output of publications about Essure® is only about 200, despite more than 10yrs of use.

In February 2016, the U.S. FDA required the manufacturer of Essure® to include a new “Black Box” warning on the product and mandated a Patient Decision Checklist to help women get accurate information regarding the benefits and risks of this contraceptive method.

Against this background, the current analysis aimed to improve the understanding of Essure® by offering descriptive information collected directly from over 100 women who used this birth control method, but still got pregnant. 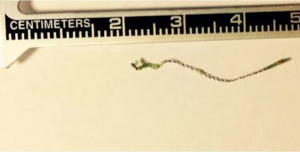 In this study, mean (±SD) patient age was 29.5±4.6 years. Peak pregnancy incidence was reported at 10 months after Essure®, while less than 3% of unplanned pregnancies occurred within the first three months following the procedure. Of note, the average interval between Essure® and pregnancy was 19.6 months. The recommended post-Essure® x-ray (HSG) to confirm proper placement and bilateral tubal occlusion) was obtained by 66% (68/103) of respondents.

Our research is the first to provide patient-derived data on contraceptive failures after Essure®. While adherence to backup contraception 3 months after this birth control method can be poor, many unintended pregnancies with Essure® occur long after the interval when alternate contraceptive is required. Many Essure® patients appear to ignore the manufacturer’s guidance about the HSG to confirm proper device placement, although limited insurance coverage probably is the reason for this. Although the greatest number of unplanned pregnancies occurred 10 months after the Essure® procedure, some women got pregnant up to 7 years later.