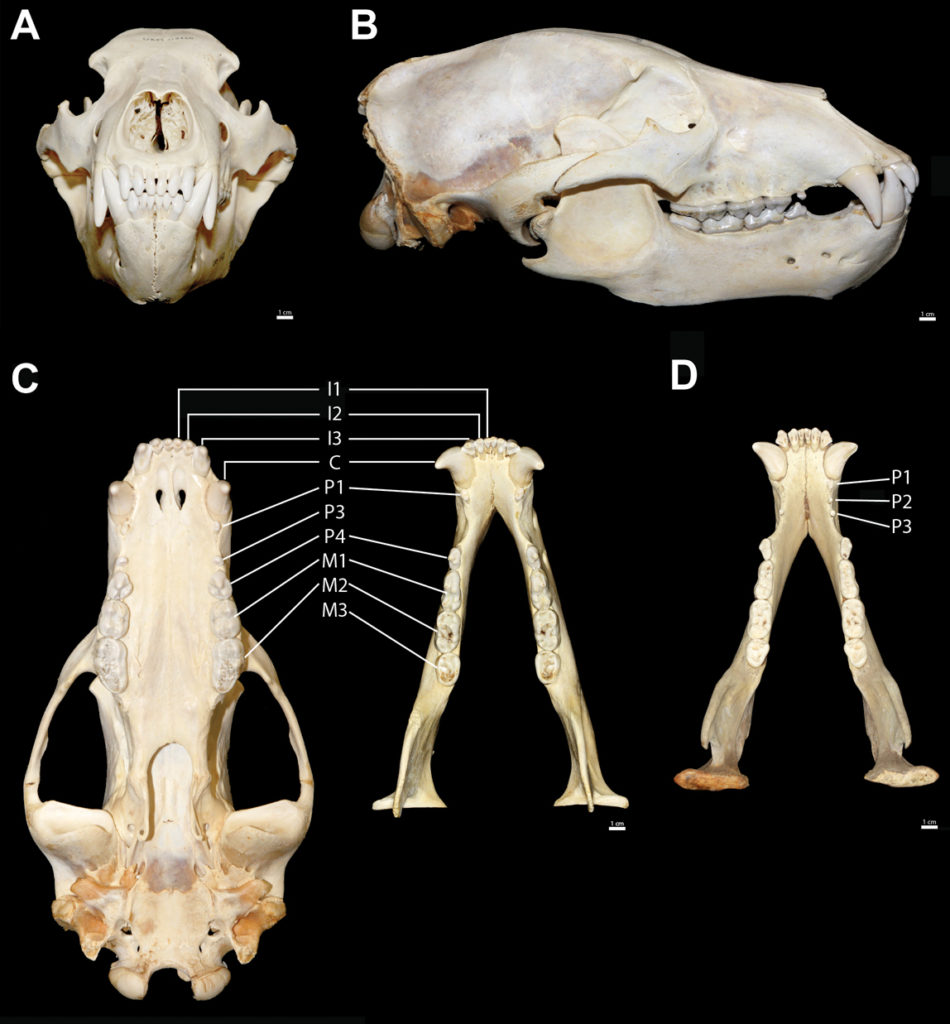 The number of teeth available for examination was 6,525 (76.2%); 8.6% of teeth were missing due to post-mortem artefactual loss, 0.8% were deemed absent due to acquired tooth loss during the animal’s life, and 14.5% were absent because either the animal was born without that tooth (congenitally missing) or it was lost early in life. None of the brown bears had supernumerary (extra) teeth, persistent deciduous teeth or abnormally formed crowns. Only four of the specimens in the present population were affected by enamel hypoplasia and one specimen contained two mandibular fourth premolar teeth with one root instead of two. All 204 specimens displayed at least some degree of attrition/abrasion (wearing down of the tooth), affecting 63% of all teeth, ranging from mild wear of the enamel to deep abrasion associated with pulp (inner nerve and blood vessel) exposure. Ten-times more adult than young adult specimens had abrasion causing pulp exposure, while more young adults showed mild attrition/abrasion. Dental fractures (broken teeth) were noted in one-third of brown bears and in 3.0% of the total number of present teeth. More adult brown bears had dental fractures than young adults. There were 11 specimens (5.4%) that displayed overt periapical disease (i.e., tooth-root infection), affecting a total of 20 dental sockets (0.22%), with adults significantly more affected than young adults. Some degree of periodontitis (bone loss secondary to periodontal disease) was seen in 145 specimens (71.1%), affecting 13.6% of all dental sockets.

Nearly one-third (29.9%) of skulls displayed skeletal and/or dental malocclusion, most commonly a level bite. Lesions consistent with temporomandibular joint (TMJ) osteoarthritis were found in 27 specimens (13.2%). Caries (“cavity”) lesions were discovered in four specimens (2.0%), affecting eight teeth in total. Although the clinical significance of dental and TMJ pathology in the brown bear remains elusive, the occurrence and severity of some of these lesions may play an important role in the morbidity of this species.