Everybody knows nitroglycerin – vessel-relaxing medicine effective against angina pectoris. It is a drug working as NO donor – one of the whole family of drugs used to widen our vessels and thus decrease blood pressure. Interestingly, people started to use it in XIX century – much earlier than the biochemical basics of this physiological reaction were unveiled. It was good enough and that was enough. This action saved many lives, so the discovery of NO vasodilating properties was awarded with Nobel Prize in Physiology and Medicine in 1998. 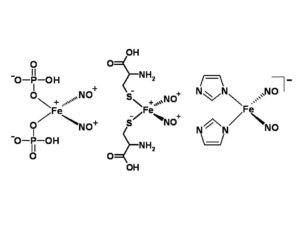 However, much later this miraculous substance was called Janus Bifrons as positive and negative effect go hand in hand and depending on the dose like the ancient god of doors close or open the vessels. Such feature was noted by Paracelsus, believing that “Solely the dose determines that a thing is not a poison” (16th century). And Galen in 2nd century B.C. said: “Health is a kind of harmony, but its borders are wide and not the same for everybody”. Thus the quest for the correct doze is a quest for harmony in our health. But it is not so easy.

Since NO was described as vessel-relaxing factor, and NO is not very stable substance, scientists began to look for NO-donating compounds given the recent advances in knowledge. As usual, the donors naturally existing in the organism can be much more physiologically valid and efficient than those synthesized in chemical shop. Yet, this compound was found. Dinitrosyl iron complexes (DNICs) turned out to comprise NO, iron and ligands – a very simple structure. Some (but not all) well known types of DNICs’ ligands are small molecules: phosphates and thiols (cysteine, glutathione) (Fig. 1). Phosphate DNICs are not physiological and are the most unstable ones.

In the organism DNICs can bound with proteins, especially with their SH-groups. And if DNICs block such groups, they become shielded against reactive oxygen species and the subsequent oxidative damage. We have demonstrated this kind of protection at work in the cases of hemoglobin- and albumin-bound DNICs.

Another challenge for phosphate and thiol DNICs is that both ligands are of hydrophilic nature, so they cannot interact with the membrane and move through it. Yet, in some cases this very movement can be useful! Thus it is necessary to find ligands of lipophilic or amphiphilic nature. One of such compounds is a dipeptide carnosine (beta-alanyl-L-histidine). Discovered in 1900 by a Russian biochemist Vladimir Gulevich carnosine is one of the major substances in muscles. It is known as antiglycating agent, antioxidant and substance prolonging muscle work without exhaustion. Being treated by methylglyoxal – the strong glycation agent, carnosine starts chelating the metal ions effectively. So carnosine got on sale with luring advertisements: “anti-aging peptide”, “supports muscle vitality”, “for cellular rejuvenation” etc.

We can construct DNICs of a new type with carnosine as a ligand. It is interesting that this complex is formed when carnosine had reacted with methylglyoxal (Fig. 2). We can mark that the thiol amino acid cysteine treated by methylglyoxal can also be a ligand for DNICs and such complexes also have vasodilator and chelator effects. 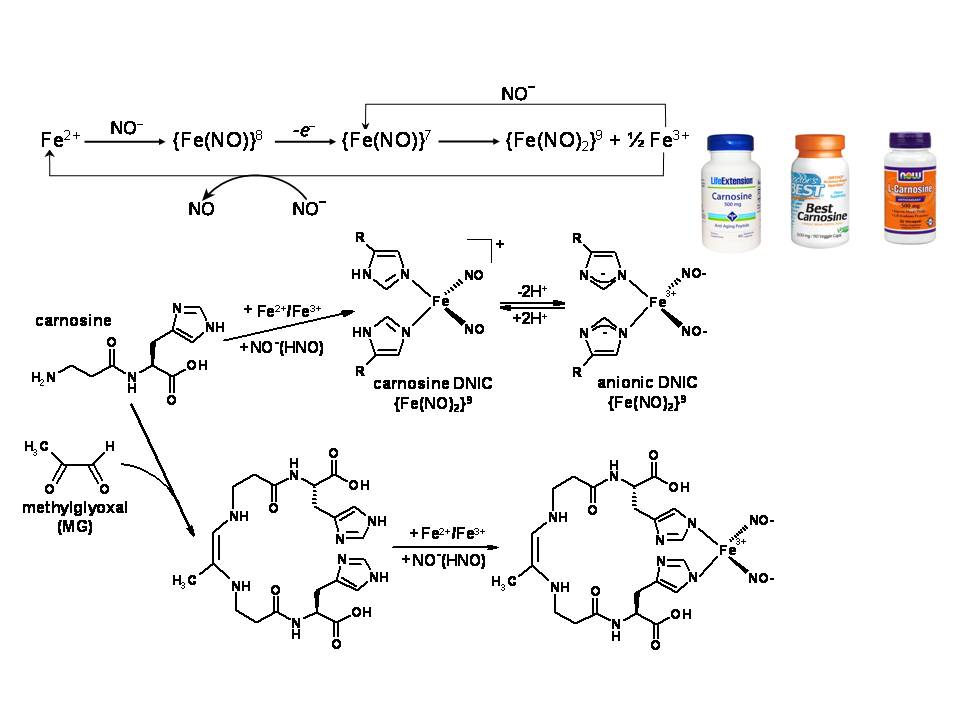 Fig. 2. The possible scheme of carnosine-DNICs formation. In the upper right corner –
the examples of commercial carnosine preparations.

Since carnosine DNICs contain two physiologically active compounds: DNIC and carnosine, one can hope for their synergetic effects and their possible pharmacological perspectives. Some practical implications should be given here. DNIC ligands vary significantly, giving rise to a variety of complexes with diverse properties and diverse possible medicinal effects: vasodilating, antineoplastic, wound healing and even erectile. We can produce complexes different in structure special for different tissues and cell compartments and even reinforce numerous effects of their components.