The Chisso Company began discharging contaminated wastewater into the sea at Minamata in 1932. Twenty-four years later, in 1956, some inhabitants were found with acute, severe, profound neurological disorders, including not only sensory disturbances but also walking, hearing and visual disturbances etc.

In 1959, Kumamoto University reported their suspicion that methylmercury poisoning, probably from ingesting contaminated fish, was the cause. The authorities completely mismanaged the subsequent follow-up and when the discharge from the factory had stopped in 1968, only about 100 victims had been officially recognised.

In 1977. without having enough medical and epidemiological research data, the authorities determined very high criteria for the recognition of the disease in victims. Any earlier attempts at collecting data by the authorities was mainly done on victims showing acute, severe symptoms. Not enough thought was given to the possibility that those victims were only the tip of an iceberg.

In 1991, still without any clinical or epidemiological studies as reference, the Central Pollution Council of the Ministry of the Environment stipulated that the period from methylmercury exposure to the onset of symptoms is normally supposed to be from one month to a year.

The delay in Japan’s methylmercury research is due to the central medical community’s neglect to collect, record and analyse data on people who have been exposed to methylmercury for decades. In the few earlier studies the importance of epidemiological research was almost always neglected.

After having examined thousands of residents and patients in and around Minamata we have come to a completely different conclusion.

In 2009, my group and I studied 973 residents who lived in or had lived in the polluted area. Using a questionnaire to collect information on the “time of onset” of the first and subsequent symptoms, we showed that 65% of the subjects experienced their first symptoms after 1968, the year when methylmercury discharge was stopped. It is difficult to determine at which time, after methylmercury exposure, a person can be judged safe from late developing symptoms. As you can see, after the first symptom appeared, muscle cramps, four-limb numbness, tendency to stumble, difficulty in finding finger tasks and limited peripheral vision appeared over a period of time (Fig. 1).

We found that methylmercury poisoning causes various mild to severe symptoms. Methylmercury poisoning targets the central nervous system and brain. Also, we must take into account the fact that brain tissue has the ability to reconstruct parts of the neuron network as well as remove cells partially damaged by methylmercury. This plasticity of the brain can account for the fluctuations seen in the severity of patients’ symptoms. We must also take into account that when the concentration of methylmercury is low it might cause a decrease in the functions of nerve cells without actually killing them.

Finally, we must allow for the deterioration that takes place later in the brains of victims including, for example, those due to old age.

The frequency and amount of fish eaten by individuals around Minamata can affect the severity and time of appearance of various symptoms. A person eating fish less than once week is likely to take longer to show the first symptoms than a person eating fish three times a day (Fig. 2). Animal experiments have previously corroborated this phenomenon. 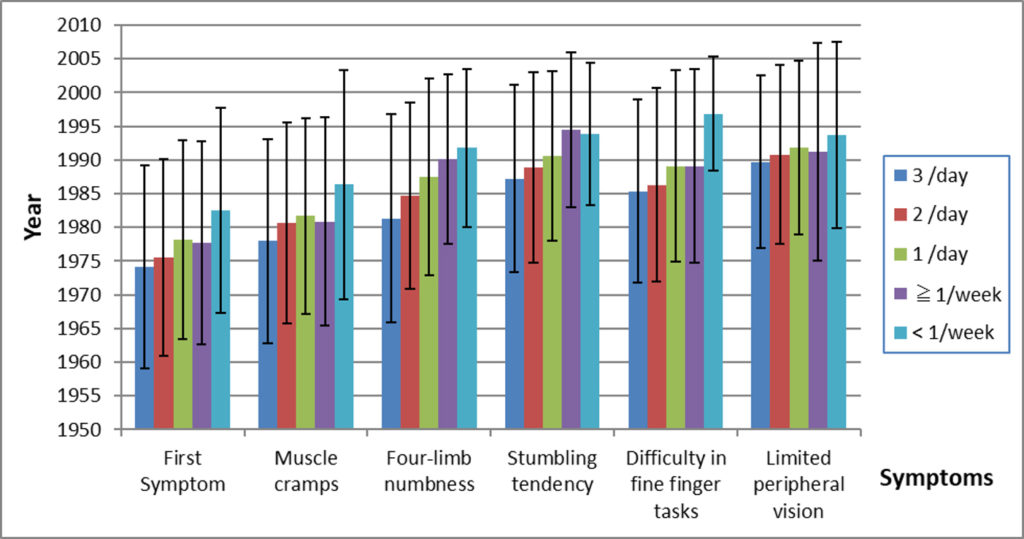 Fig. 2. Onset of symptoms and frequency of fish ingestion.