In recent decades, the demand for wigs has promoted the rapid development of hairwork industry. However, hairwork industry consumes a mass of water and generates large volume of hairwork effluents. Those hairwork effluents are high in chromaticity, odor, turbidity, chemical oxygen demand (COD), ammonia nitrogen (NH3-N), and many toxic substances such as colorants and surfactants, which are not easily biodegradable. Therefore, treatment of these hairwork wastewaters has aroused considerable environmental concerning. In terms of the characteristics of the hairwork wastewater mentioned above, the typical treatment techniques mainly includes air stripping, electrolysis, coagulation/flocculation, pH adjustment, hydrolysis acidification, anaerobic process, and bio-contact oxidation. 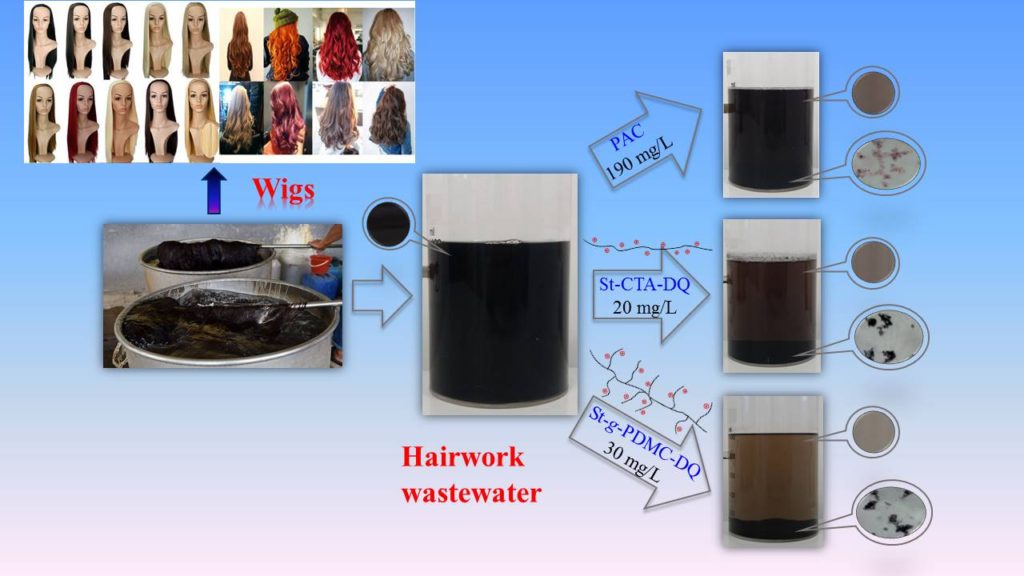 Fig. 1. Comparison of the flocculation performance of two starch-based flocculants and PAC in purification of hairwork wastewater.

Among them, coagulation/flocculation is usually a crucial step, and has been proved very useful in treating with various wastewaters discharged from different industries including hairwork. The final coagulation/flocculation performance are usually largely dependent on the selected coagulants/flocculants. Although the traditional inorganic-metal-based and synthetic-organic-polymeric flocculants are widely applied until now, they have always been blamed for secondary pollution and health risks because of the residual metal ions as well as the release of toxic organic monomers into the target water. Recently, natural polymer-based flocculants have gained the focus in the field of water treatment, due to their widespread availability, low cost, environmental friendliness, and biodegradability. Among the numerous natural polymer-based flocculants, starch is not only an abundant natural resource but also easily chemically modified by introducing various functional groups onto its backbone to satisfy different application purposes, such as esterification, etherification, and graft copolymerization. In fact, many kinds of starch-based flocculants have been reported and received much more attentions over the years, which showed good flocculation performance.

However, the molecular structure of materials including flocculants had a great influence on their final application performance. In coagulation/flocculation, the design or selection of an appropriate flocculant, which highly depended on its structure-activity relationship, is preciously important for efficient decontamination of target wastewater. As for polymeric flocculants, the type, contents, and distribution of additional functional groups are obviously critical structural factors. Due to most of inorganic/organic suspended colloids in water containing negative charges, cationic pieces are usually favored to be introduced onto the flocculants for enhancement of charge neutralization flocculation. Accordingly, the cationic contents of those polymeric flocculants are significant. Nevertheless, little work concerning the application of starch-based flocculants with different aforementioned structural factors to wastewater treatment including hairwork effluents has been reported.

In this work, two series of novel starch-based flocculants both containing strongly cationic quaternary ammonium salt groups but distributed on different chain sites: on starch backbone for starch-3-chloro-2-hydroxypropyl triethyl ammonium chloride (St-CTA-DQ) and on branch chains for starch-graft-poly[(2-methacryloyloxyethyl) trimethyl ammonium chloride] (St-g-PDMC-DQ), have been successfully prepared. Besides, in each series of starch-based flocculants, four various ones with the similar structure but different cationic contents have been further obtained. Those two starch-based flocculants had better flocculation performancefif in purification of hairwork wastewater, i.e. lower optimal doses and corresponding higher removal rates of turbidity and UV254 than polyaluminum chloride (PAC). The content of cationic groups was one of the key factors influencing the flocculation performance and higher cationic content usually resulted in better flocculation performance due to the enhancement of both charge neutralization and bridging flocculation effects. Furthermore, St-CTA-DQ and St-g-PDMC-DQ mostly displayed similar flocculation efficiencies, but St-CTA-DQ consistently showed higher residual turbidities at the optimal dose than St-g-PDMC-DQ. The lower residual turbidities of St-g-PDMC-DQ indicated that the branch chain structure might benefit the flocculation of those contaminants that were difficult to remove from water. However, St-CTA-DQ is much cheaper than St-g-PDMC-DQ. A suitable polymeric flocculant should be thus designed and selected through comprehensive consideration of its performance and cost.