The depletion of biosphere resources and the ever-growing global human population have necessitated development of several strategies to sustainable agriculture and secure food safety . Applications of chemical fertilizers and development of transgenic plants have improved the fitness of the plant but has not gained importance as such practices may deplete natural resources and raise safety and ethical concerns. Hence, to maintain sustainability one must develop an alternative way. For this, one could show better reliance upon beneficial attributes of the rhizosphere microbiome. Engineering native microbial community with beneficial microorganisms could help plant to sustain in stress and improve productivity (Fig. 1). However, to harness the best agronomic traits of the rhizosphere microbiota, understanding the molecular basis of communication between plants and associated microbiota is necessary for the process of recruitment, establishment and maintenance of microbiota as stable interactome within the rhizosphere. Here, we described plants as a holobiont system inhabiting a diverse range of microorganisms both above and below the ground drawing mutual benefit. Given the enormous species diversity, staggering number of interactions and complex community structure within the rhizosphere, understanding the biology of the root system and its microbiota as an interactome has gained a lot of research interest. 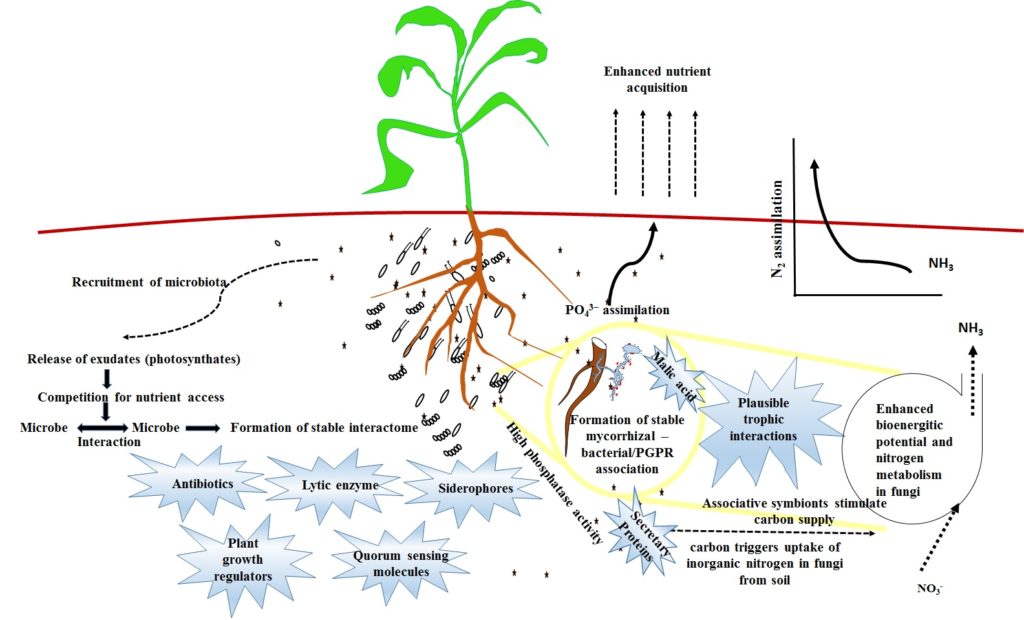 Fig. 1. Plants do release root exudates in the age dependent manner. Thus, creating a nutrient rich niche for the microbial proliferation. Therefore, the microbial partners have developed strategies like the secretion of secondary metabolites and that either stimulate or be are toxic to the competitor within the same nutritional niche. Secretion of some metabolites like antibiotics, lytic enzyme, siderophores could restricts the formation of stable mutualistic association. In contrast secretion of organic acids like malic acid and certain proteins by bacteria stimulates fungal growth. Thus, encouraging formation of stable associates. Associative symbionts have been shown to stimulate carbon supply in the fungus improving bioenergetic potential and enhancing nutrient allocation in the plant through mycorrhizal network.

In natural ecosystems, plants have been the driving force for assembling the rhizosphere microbiota. Plants tend to release 10-20 % of their photosynthates as exudates including low molecular weight metabolites like sugar, organic acids, amino acids and the dead border cells as mucilage. These exudates alter the chemical and physical properties of the soil and provide the niche for microbial proliferation. Depending on the type of exudates, they may attract or repel certain groups of microbiotas. Phenolics, can either stimulate or repel certain group of microorganisms highlighting the potential of the exudates in modulation of the microbial communities in the rhizosphere. Similarly, plants avail nitrogen and phosphorus by secreting strigolactones. This is very much evident in the mycorrhizal and rhizobial symbioses where the strigolactones have been found to attract fungal spores and stimulate their germination and hyphal branching. Once perceived, they reciprocate with secreting lipochitooligosaccharides (Myc factors), inducing changes in the root architecture and marking the beginning of the symbiotic association. In addition to these root symbionts, the associative endophytes such as plant growth promoting fungi (PGPF) and plant growth promoting rhizobacteria (PGPR) plays a crucial role in nutrient acquisition. Recently it was found that Azotobacter chroococcum can stimulate growth of mycorrhizal fungus – Piriformospora indica  improving its overall mycorrhizal potential and nutrient transfer ability to the plant (Fig. 2). These findings suggest a plant system can orchestrate its rhizobiota to optimize its own benefits, and improve its fitness. 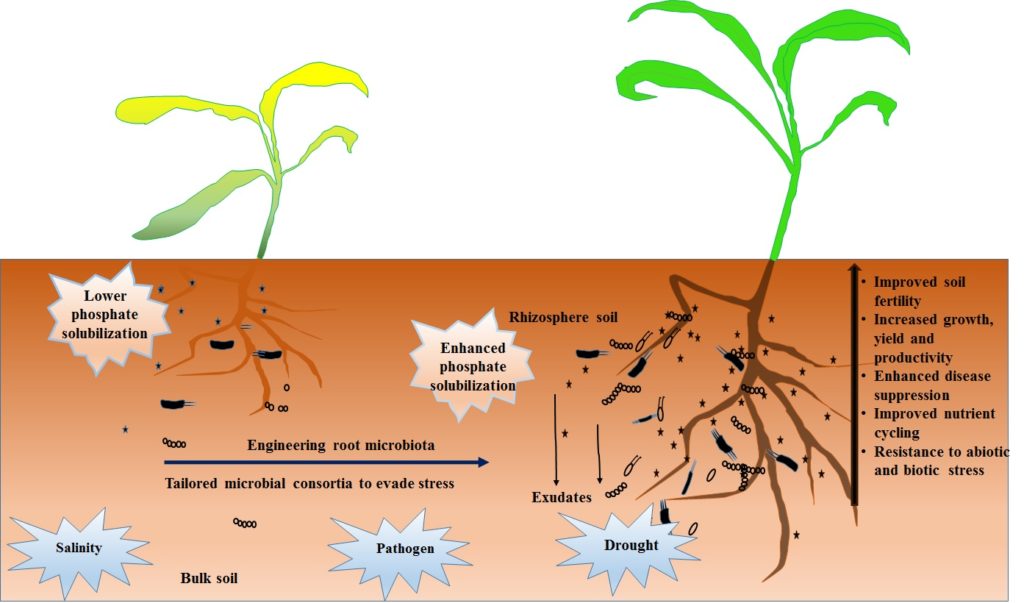 Fig. 2. Tailoring the native rhizosphere microbiome by the addition of stable beneficial microorganisms as potential inoculants (like those of PGPRs and AMF) may improve soil fertility by enhanced nutrient cycling ultimately resulting in enriched growth and productivity of the plant.

Some partners can behave as selfish individuals exploiting mutualism, earning benefits while paying no costs. However, interestingly both the fungal and the plant partner can detect variation in the transfer of allocated nutrients thus allowing the partner to adjust the allocated nutrients transfer accordingly. Scientists have demonstrated that fungal partners enforce and maintain cooperation by enhancing nutrient transfer only to those plants, which provide more carbohydrate to them. It can be argued that the basis of such mutualistic behavior in plant microbe interaction is analogous to the trade in a market economy. This novel explorative research has brought about a paradigm shift in rhizosphere research, where costs and the sanctions play a decisive role in stabilizing the mutualistic association. The next important step is to mine the beneficial plant attributes that are programmed by the rhizospheric microbial assembly. Based on this approach, the microbiome can be manipulated and engineered to test their efficacy towards host plant fitness. For example, the artificial interaction of gnotobiotic hosts with certain microbial assemblies may give us an idea of how to elucidate the underlying roles of microbiomes in influencing host performance. Thus, from these insights understanding the rhizosphere microbiota as a stable interactome holds a great promise to produce sustainable crops and open new avenues for directed ecological intensification.