Have any changes occurred in type and severity of facial injuries taken by soldiers since 1980s?

With all the recent progress in the weapon industries and the changing face of modern warfare, there is a need for better protection, devices, and education for soldiers in military systems. Assessment of the distribution of war injuries and their related mechanisms could enable us to lower the risks and expenses of war injuries, as well as the mortality. Facial injuries are the most important among battle-related injuries because of their dramatic impressions on survival, quality of life, and cosmesis. Recent data have reported an increasing trend in injuries to the head, face, and neck during the 20th and 21st centuries among US and UK forces. 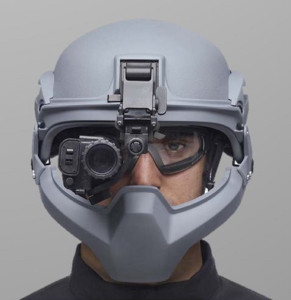 The Iraq–Iran conflict (1980–1988), during which more than 800 000 people were injured, is a useful source for evaluating the characteristics of war injuries and effectiveness of previous methods of protection. Few statistics are available about the range of facial injuries during that war, so we aimed to assess the pattern and severity of facial injuries in Iranian veterans and to compare them with those in recent Iraq and Afghanistan conflicts to find out how effective current protective equipment is.

For this purpose, we reviewed profiles of 100 male Iranian veterans who developed facial injuries during the Iraq–Iran conflict. We found that fragmentation was the most common mechanism of injury in Iranian veterans during the Iraq–Iran conflict just like the injuries taken by soldiers in recent Iraq and Afghanistan conflicts. Data showed us that the mandible was the most injured part of the facial skeleton in Iranian veterans. In a study on the battlefields of recent wars in Iraq and Afghanistan it was also reported that the mandible was the part of the face most often injured. Ocular injury was recorded in 19 of our patients among whom 2 had no perception of light and 86 had corrected visual acuity of better than 20/40. Evaluations on eye injuries in recent Iraqi conflict showed the same result and previous data have even reported an increased incidence of eye injuries among US forces over time.

The use of helmets, face shields, or protective glasses has been recommended for reducing the amount and effect of head and facial trauma. It should be mentioned that a simple helmet was the only protection that most of the Iranian veterans had during the Iraq–Iran conflict, which reflects the large number of facial (and particularly mandibular) injuries. The newest British military prototypes are of a mandibular protector and protective glasses. Despite being a part of the personal protective equipment of the US and UK armies, goggles resulted in no appreciable reduction in eye injuries during recent conflicts in Iraq and Afghanistan, and while using them servicemen remained anonymous. No combat eye protection or goggles were used by Iranian veterans during Iraq–Iran conflicts.

Despite all the recent progress in weapons and military industry and the use of the newest protection methods and devices during recent decades, there has been no dramatic reduction in facial injuries during battle. This is confirmed by comparison of the characteristics of facial injuries in the Iraq–Iran conflict, with those reported from the recent Iraq and Afghanistan conflicts. This could indicate either that the current protective methods are of little use, or servicemen were not trained to use them properly.