The sauropod dinosaurs were the tallest animals to ever stalk the earth. The fossilised remains of sauropods indicate that some had necks as long as 12 m.  Sauropods are often depicted with their heads held high – as in the classic film Jurassic Park. However, whether or not this was true is a matter of scientific controversy. High heads would require huge hearts to generate high enough pressure to push the blood up the neck against gravity. To use an everyday example, the higher the pressure of the water in a garden hose the higher the water jet will shoot up into the air. Sauropods hearts would have to generate the same pressure as a garden hose, or fountain, shooting water 12 m into the air. 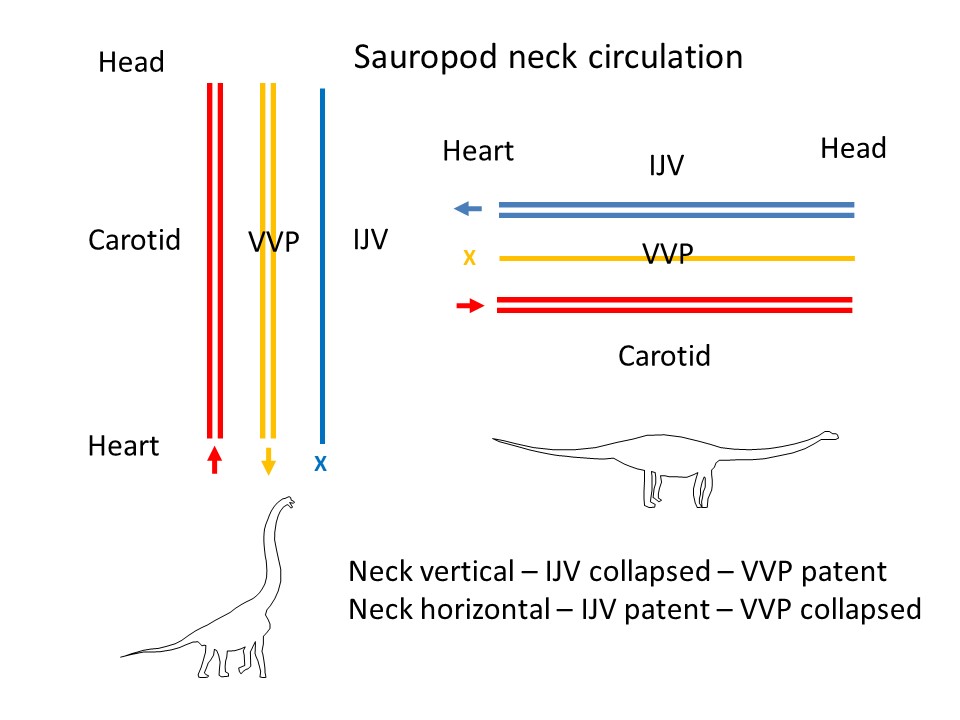 This paper describes a series of experiments that demonstrate that if sauropods had a siphon operating in their neck blood could be pumped to the head without oversized hearts totally out of proportion to the hearts of animals alive today. A key feature of the siphon is that liquid flowing out pulls liquid in – a kind of liquid chain. If a siphon operated in the sauropod neck, the heart would just have to provide enough energy to overcome friction in the blood vessels and not gravity 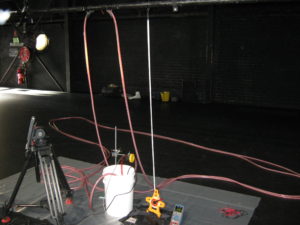 One problem with this scenario is that significant negative pressure would exist in the head and neck which would have a suction effect and collapse the thin-walled veins and other vessels. Giraffes can hold their head vertical for a long time and don’t faint. and so clearly blood is able to get back down the neck. If the veins collapse due to negative pressure, there must be alternative pathway. There is. It’s called the vertebral venous plexus (VVP). When vertical, the neck veins collapse and the VPP opens up to allow blood to flow back down to the heart. A structure like the VPP in the sauropods would allow venous return even at extreme head height. Fluid engulfing the VPP nullifies the negative pressure in the veins keeping them open at low blood pressure. The physics is similar to the situation with waterlogged ground – waterlogged ground can lift a buried tank.

If sauropods had giraffe-like hearts in terms of the pressure they generated, 12 m is the maximum height before bubbles form in the blood and the maximum sauropod neck length in the fossil record. Is this just coincidence?  Recent research has revealed that the giraffe heart is able to generate enough pressure to get blood to the head without an extra thick muscle wall. So, an intriguing question is whether the sauropods had normal sized hearts and yet were able to generate enough pressure to get blood up to the head. If this were the case, a siphon would still be useful in saving the heart energy.