The myogenic response is defined as that the muscle layer of small blood vessels, called resistance vessels, responds to changing blood pressure (within a certain range) by constricting (smaller vessel diameter) when intraluminal pressure is increased and dilating (larger vessel diameter) when the pressure decreases.  This mechanism is also called pressure-induced myogenic constriction, and this action by resistance vessels allows for proper maintenance of blood flow to tissues. Furthermore, dilatory substances/factors released from the endothelium, cells that make up the inner layer of blood vessels, can diffuse to adjoining muscle cells to cause vasodilation that modulates the level of myogenic constriction. One of the most prominent dilators derived from the endothelium is nitric oxide (NO). Some pathological conditions, such as hypertension (high blood pressure), cause a reduction in NO and lead to an enhanced myogenic constriction resulting in reduced tissue blood supply. Thus, attenuating the myogenic response by promoting production of the endothelium-derived relaxing factors (EDRF) is important for maintaining optimum blood supply to tissues. 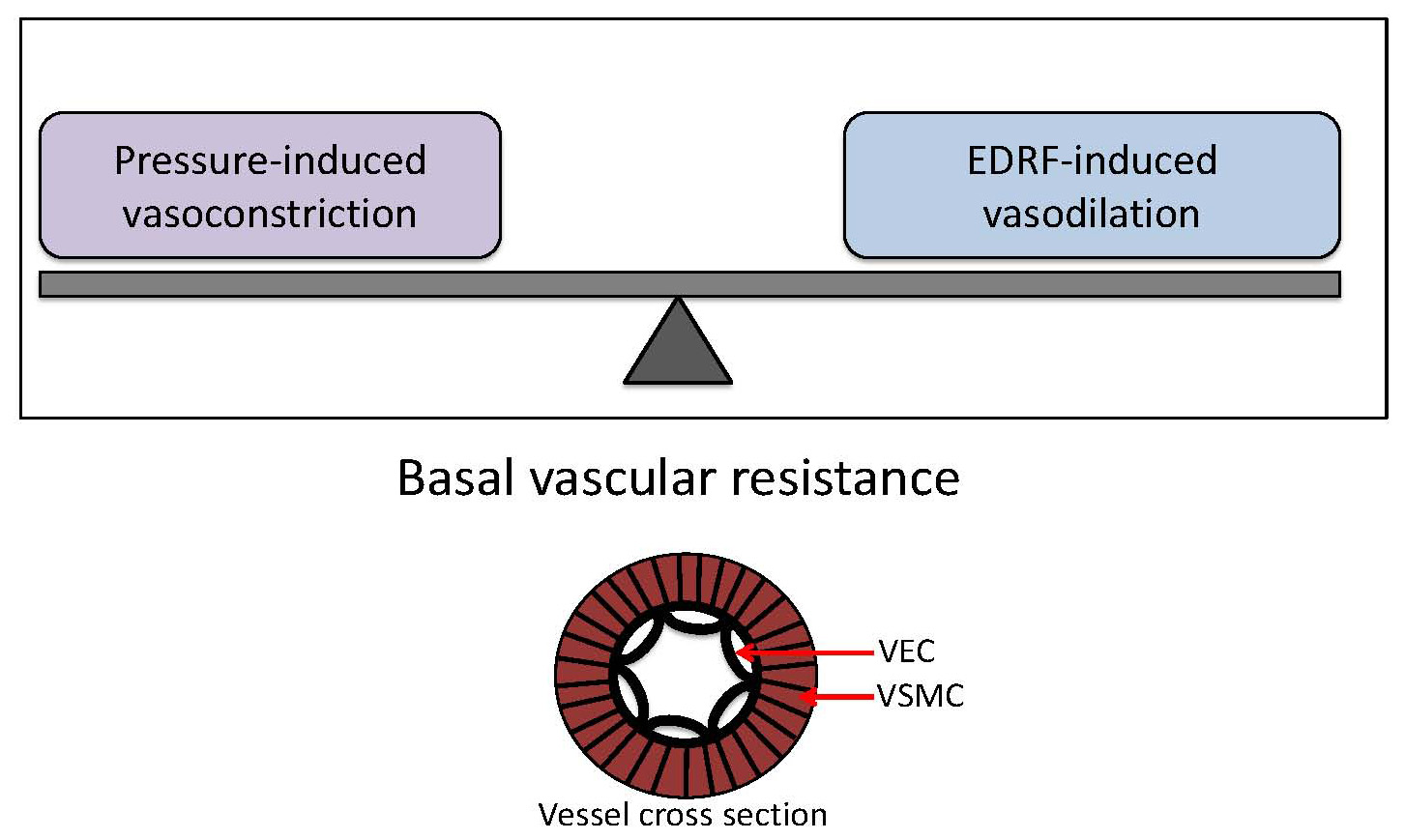 Recently, another EDRF, epoxyeicosatrienoic acids (EETs), has been demonstrated to be able to modify the myogenic response. After being synthesized in endothelial cells, the vasodilatory EETs are broken down by an enzyme called soluble epoxide hydrolase (sEH) into non-vasoactive by-products. We have previously demonstrated that increases in tissue EET levels, either through deletion of the sEH gene and/or inhibition of sEH function, promote vessel dilation. Therefore, therapeutic interventions that compromise sEH can elevate EET tissue content and potentially improve heart function in patients with ischemic (deficient blood supply) heart diseases. Interestingly, enzyme content of sEH is lower (downregulated) in the female gender, thereby accompanied with elevated EET levels compared to males, whereas the sequential function of this phenomenon in the regulation of myogenic constriction in coronary blood vessels remains unknown.

In this study we hypothesized that increasing endothelial production of EETs, due to reduction of their degradation by sEH, lessens the myogenic constriction of coronary blood vessels and creates better blood supply to the heart. Since sEH is downregulated leading to increased EETs in females, it is plausible to believe that better cardiac blood flow is innately present in the female gender. To test this, we conducted experiments on male and female mice that were either normal or had the gene for the sEH removed. We measured heart EET levels, and also isolated coronary arteries from these mice to test the intensity of myogenic constriction. Additionally, we used drugs that could counteract the dilation effects of both EETs and NO in the vessels to determine whether the gender difference we observed was indeed due to changes in the actions of sEH. 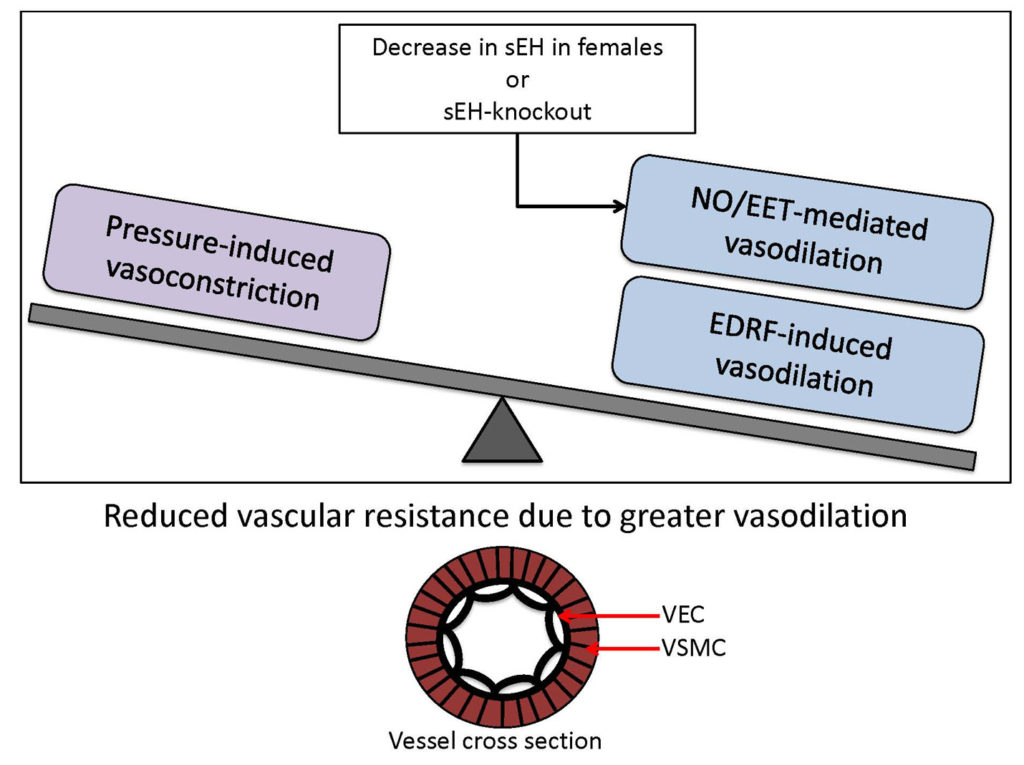