It has been over 100 years since Marie Krogh developed the method to measure the transfer of carbon monoxide (CO) through the alveolar wall. Since then, the single-breath CO diffusing capacity (DLCO) has become the most clinically useful pulmonary function test after spirometry and the measurement of lung volumes. In 1957, Roughton and Forster established a model in which the two processes for explaining the transfer of CO from alveolar gas phase to hemoglobin (Hb) in erythrocytes were assumed, i.e., the membrane diffusing capacity for CO (DMCO) and the blood diffusing capacity for CO (DBCO). The DMCO reflects the process of CO diffusion across the effective alveolocapillary membrane, which consists of the alveolar gas phase, the alveolocapillary tissue barrier, and the plasma layer surrounding the erythrocyte (Fig. 1). The DBCO is defined as the product of alveolar capillary blood volume (VC) and specific gas conductance for CO in the blood (θCO). The θCO signifies the diffusive process across the erythrocyte (membrane and its interior) and incorporates the competitive, replacement reaction of CO with oxyhemoglobin (HbO2) in the erythrocyte. The replacement reaction between CO and HbO2 is significantly influenced by capillary PO2. 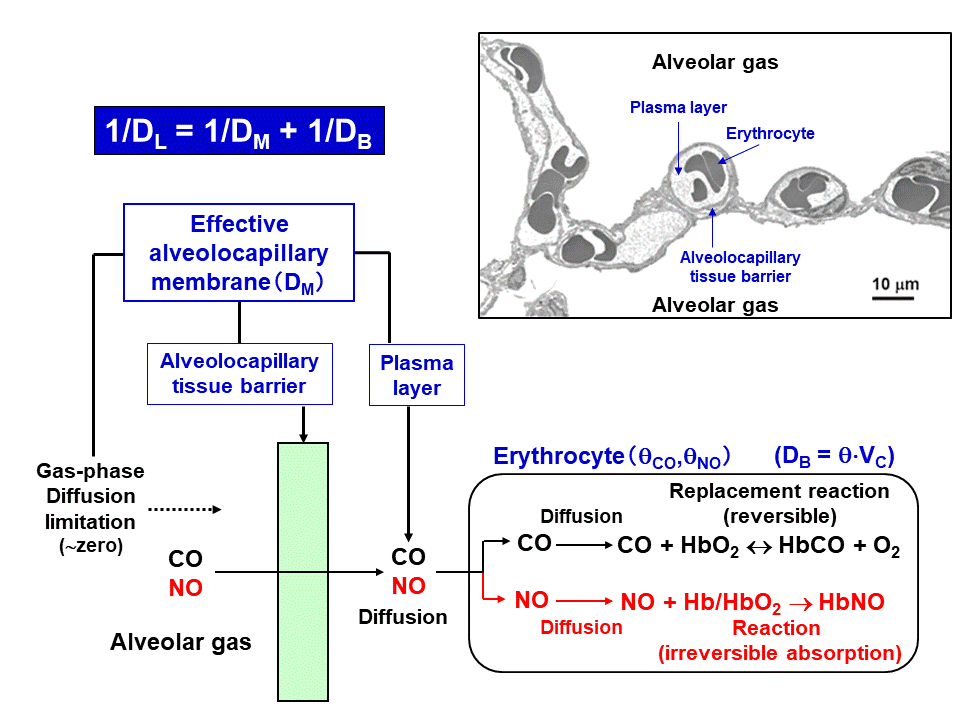 Fig. 1. Schematic presentation of CO and NO transfer from alveolar gas to erythrocyte.

In the late 1980s, Guénard and Borland independently developed a novel method of simultaneously measuring DLCO and DLNO. Like DLCO, DLNO is composed of DMNO and DBNO (θNO×VC). However, the transfer characteristics of NO through the alveolar wall, including the alveolocapillary membrane and the pulmonary capillary-network, differ substantially from those of CO. NO is more diffusible than CO in the aqueous media, including the alveolocapillary membrane, the plasma layer, and the inside of the erythrocyte. Furthermore, the association velocity of NO with Hb is conspicuously faster than that of CO and the affinity of NO with Hb is tremendously higher than that of CO, suggesting that the chemical reaction of NO with Hb does not impede the erythrocyte NO transfer. Thus, one can consider that the CO transfer through the alveolar wall is limited both by diffusion and reaction, but the NO transfer is primarily prescribed by diffusion. Consequently, DLCO and DLNO reach about 30 mL/min/mmHg and 140 mL/min/mmHg in normal adults, respectively (DLNO/DLCO≃4.8). Furthermore, the relative contribution of the resistance for CO imposed by the effective alveolocapillary membrane (1/DMCO) and that by the erythrocyte (1/DBCO) to the total resistance of CO transfer (1/DLCO) are 23% and 77%, respectively (Fig. 2). On the other hand, the relative contribution of 1/DMNO and that of 1/DBNO to 1/DLNO are 55% and 45%, respectively. These facts indicate that DLCO-associated parameters have a high sensitivity for detecting pulmonary capillary damage, while DLNO-associated parameters equally detect alveolocapillary membrane damage and pulmonary capillary damage. As such, the simultaneous measurement of DLCO and DLNO improves the diagnostic precision of identifying pathological changes located in the alveolar wall. 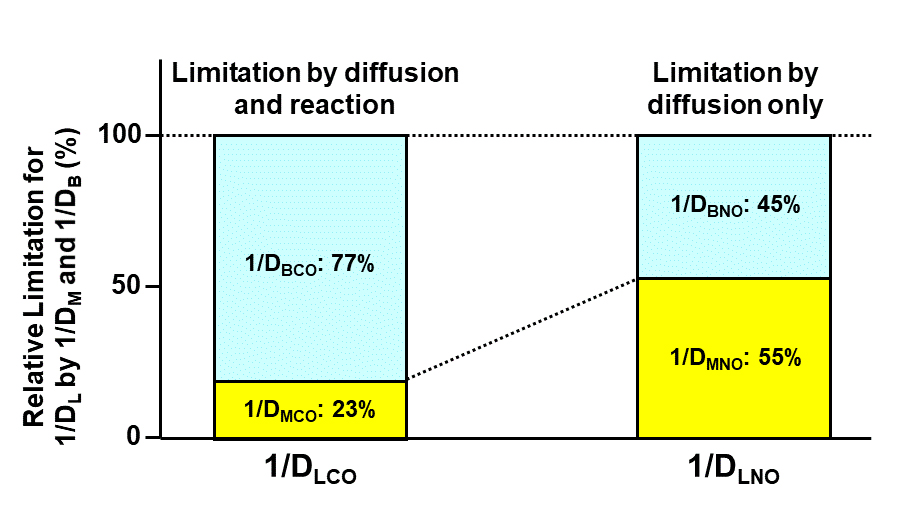 Fig. 2. Relative contribution of 1/DM and 1/DB to overall resistance of 1/DL.

For estimating DM and VC, two consecutive measurements at different alveolar PO2 are required when the classical DLCO method is applied, but only one measurement is sufficient when DLCO and DLNO are simultaneously measured. This fact indicates that the simultaneous measurement of DLCO and DLNO is more convenient clinically and reduces the time required for determining the DM and VC. The DM/VC is a clinically important parameter because it changes sensitively depending on the pathological condition of the alveolocapillary membrane and that of the pulmonary capillary-network. The DM/VC is expected to decrease by a lung disease predominantly affecting the alveolocapillary membrane (for instance, idiopathic pulmonary fibrosis and non-specific interstitial pneumonia) but to increase by a lung disease preferentially injuring the pulmonary microcirculation (for instance, idiopathic pulmonary arterial hypertension and microvascular angiitis).