Hyperbilirubinemia. Neonatal hyperbilirubinemia (NHBI) is a common condition in the first week of postnatal life. Although generally harmless, some neonates may develop very high levels of bilirubin (bile pigment). 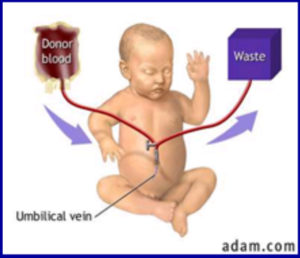 Retinopathy of Prematurity (ROP). According to a recent World Health Organization report, ROP is emerging as a maior cause of blindness in childhood. The disease prevention seems to be especially important because the therapy of ROP cases with cryotherapy or current methods of treatment rely on invasive laser procedures that themselves lead to some vision loss.

Autism Spectrum Disorders (ASD). Autism refers to a broad range of conditions characterized with challenges of social skills, repetitive behaviors, speech and nonverbal communication. According to the Centers for Disease Control, autism affects an estimated 1 in 59 children in the United States today.

D-Penicillamine (D-PA) in the neonatal period
D-PA was first recognized as a potential benefit for NHBI caused by hemolysis (the rupture or destruction of red blood cells) or immaturity of bilirubin conjugating enzyme. During a long-term follow up study there was a remarkedly low incidence of retrolental fibroplasia (RLF – the most serious form of ROP resulting in blindness) in the infants treated with D-PA. Then, all infants <1500 g birth weight were treated with this drug to prevent ROP. This preventive intervention was associated with elimination of all stages of ROP in this randomized, single centered comparison analysis (trial or RCT). Proposal mechanisms of action of D-PA in the prevention of ROP can be seen in Figure 2. The 14-day course of D-PA administration were replicated in other Institutes in the US and India. It is important to note that there was no intolerance or short- or long-term toxicity of the medication, in spite of the fact that D-PA was used 10-20 times higher doses in the newborn period, than those in adult. To our new concept, the BIND, ROP and ASD are neurodegenerative and neurodevelopment diseases of immature brain caused by accumulation of free metals and other neurotoxic formations, respectively, in the central nervous system (CNS) relevant to the above mentioned conditions. 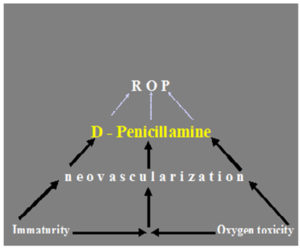 Fig. 2. Proposal mechanisms of action of D-PA in the prevention of
ROP.

The main factor is the hemolysis of neonatal red blood cells. This process is going with the induction of a great amount of heavy metals (mainly copper and iron) and producing reactive oxygen and nitrogen species. These elements are circulating in the bloodstream, and pass through the immature blood-brain-barrier, finding entrance into the CNS. The copper metabolism in Wilson’s disease (a genetic disorder in which copper builds up in the body) and in newborn infants is strikingly similar. In strictly biological terms, at least 3 loci exist where bilirubin and copper can be “fusioned” in the neonatal period: (1) during hemolysis high bile pigment and copper level can be developed in the blood; (2) one albumin can bind one Cu++ in the primary binding site. At higher concentration of copper (if possible under certain conditions), loosely bound atoms, and can be very easily taken out by bilirubin. The bile pigment itself can displace loosely bound copper ions, which are electrostatically attached due to high negative charge on the surface of albumin; (3) in the basal ganglia (a group of structures linked to the thalamus in the base of the brain and involved in coordination of movement). Beside copper mobilization (chelation) D-PA may play an important role in maintaining the sulphhydryl-disulphide equilibrium, thus, stabilizing the oxidation-reduction potential in the cell.

Penicillamine – not only a chelating agent but also a potent neuroprotector in the neonatal period.
Lakatos L, Balla G, Pataki I
Chem Biol Interact. 2018 Aug 1