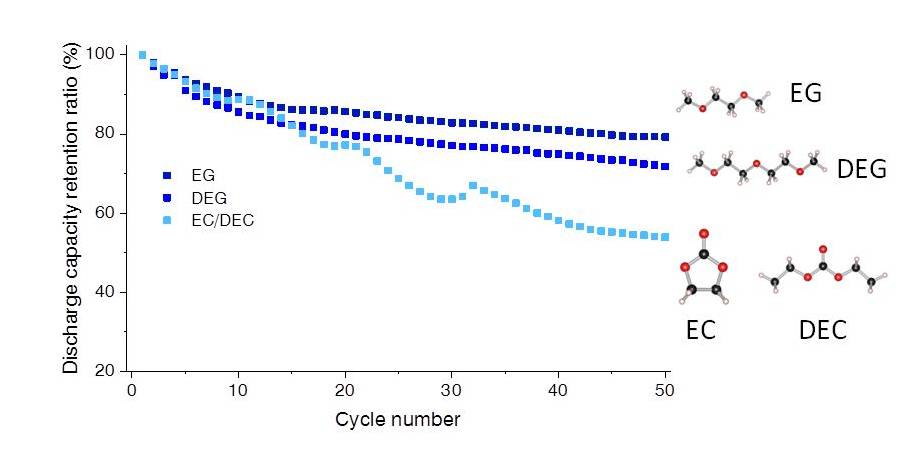 Among the potential anode materials for Na-ion batteries, Si, Ge, Sn, Sb, and Pb have been considered as high capacity anode materials. However, Sn, Sb, and Pb show poor cycle ability due to large volume changes during charge–discharge. This volume change is relatively smaller for Si and Ge. However, the theoretical capacity for Si has not been demonstrated. On the other hand, the theoretical capacity of Ge has been realized experimentally using nanowire and thin films. Authors have successfully synthesized amorphous GeOx (x < 1) powder using solution method and demonstrated electrochemical performance as an anode material for Na-ion batteries. However, large irreversible capacity decay during the first charge–discharge and a poor cycling performance were observed owing to the decomposition of the electrolyte using carbonate solvent.

For Na-ion battery, requiring a more stable solvent at reduction state was suggested. This result will accelerate the development of Na-ion batteries.