The recycling rate of plastic bags is between 1.5 and 3%: the remainder are landfilled, incinerated, or have entered the environment as litter/marine debris The low recycling rate is due to low post-consumer market value coupled with the high cost of segregating plastic bags from commingled recycling. Most municipalities have banned plastic bags in comingled recycling because they tend to get stuck in and harm recycling equipment.  In 2018, China adopted its National Sword initiative, which dramatically curtailed the imports of recyclables, including plastics, which has further decreased the recyclability of plastic bags.

Plastic bags are prone to become litter due to their aerodynamic/ballooning feature allowing them to inflate and become airborne and easily transported. Because of their buoyancy, plastic bags are a global water and marine debris problem. Based on the Ocean Conservancy’s International Coastal Cleanups, plastic grocery bags are the 5th most collected item globally and “other plastic bags” are the 6th most collected item.

To reduce single use plastic bags, governments have used the following policy instruments alone or in combination: 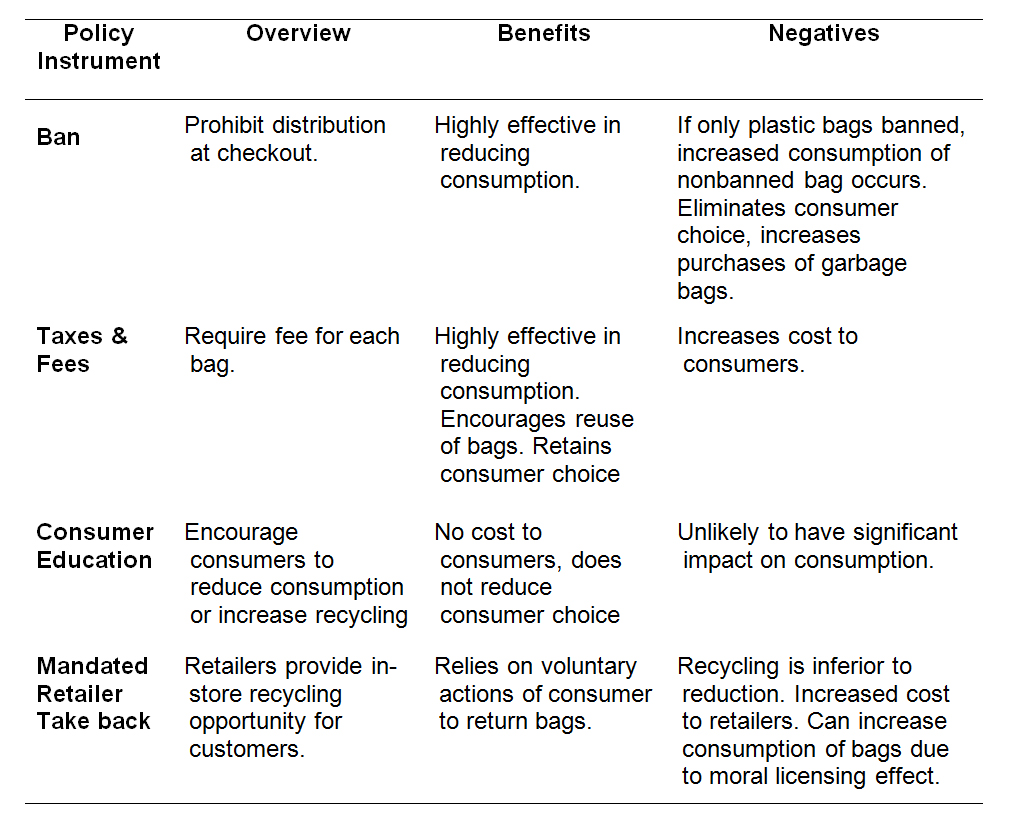