In coastal east-central Florida (ECF) in the U.S. (Fig. 1), plant root zone’s (PRZ) subsurface water salinity level is crucial to the survival of various vegetation species because it is one of the dominant factors controlling seed germination, plant growth, and water and nutrient uptake. Its increase can create problems for plant growth and reproduction by altering vegetation’s metabolic pathways and rates, preventing water in soil moving to plant roots, and interfering nitrogen uptake. A continuous high salinity level can cause: (1) reduction of plant growth and re-productivity; (2) dieback and limited recovery of plant species; (3) shift in plant species composition from less salt-tolerant to more salt-tolerant; and (4) degradation of bio-diversity and deterioration of natural habitat, posing a great threaten to coastal ECF’s ecosystem at small or large scales dependent on its magnitude. 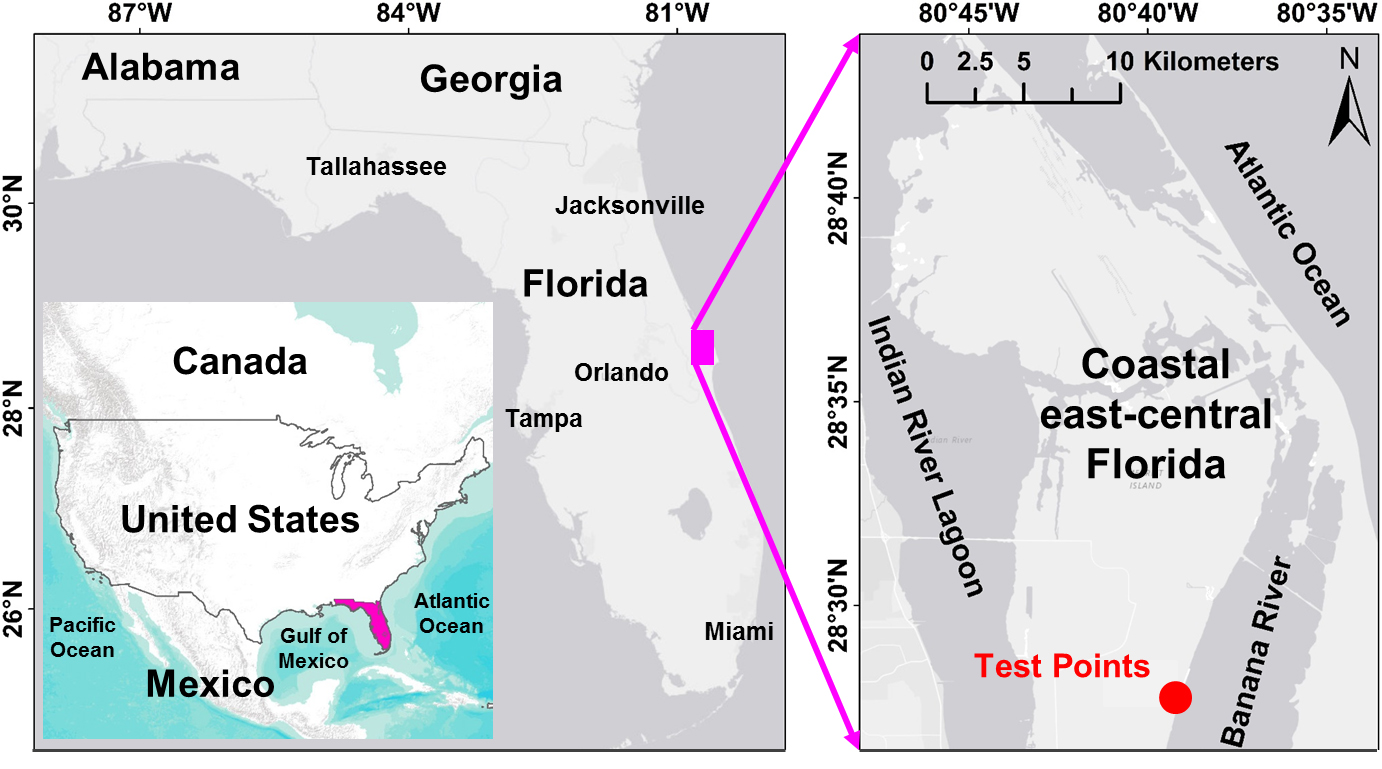 Fig. 1. Location of coastal east-central Florida in the U.S. 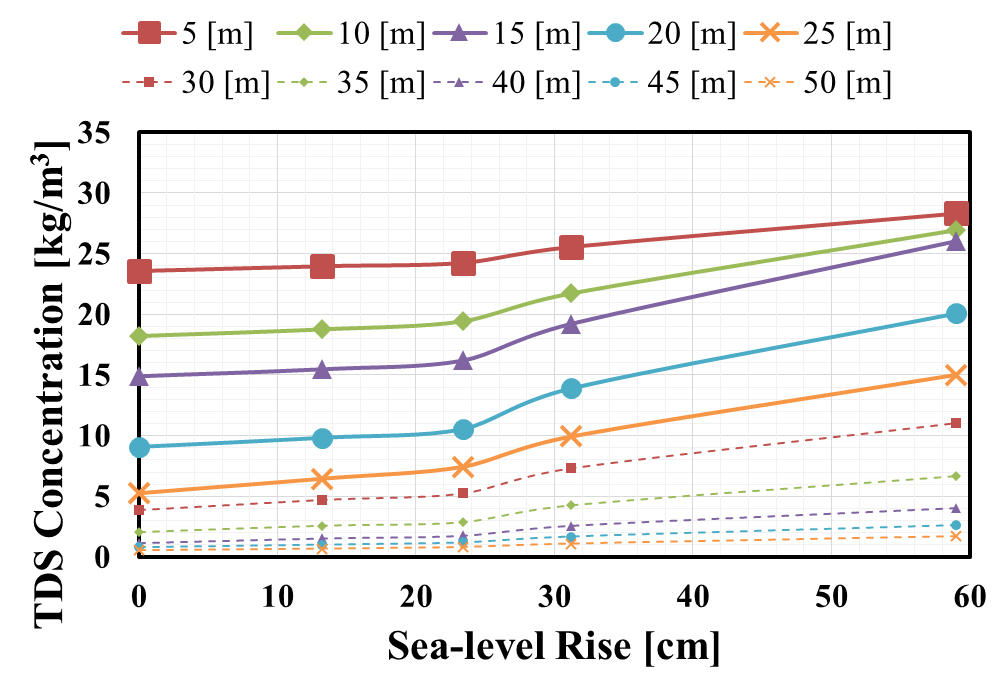 Simulation results answer the research question of this study by assessing the responses of PRZ’s subsurface water salinity level to various SLR scenarios in coastal ECF. The outcome demonstrates the importance and significance of taking immediate engineering measures to weaken the impacts of SLR on increasing PRZ’s subsurface water salinity level, including heightening and strengthening sand dunes and construction and maintenance of artificial coastal defense structures such as seawalls if sand dunes do not exist to: (1) stabilize beach and shoreline; and (2) prevent seawater overtopping if waves run up and pass over the crest of sand dunes or coastal defense structures due to SLR.