With the rapid economic development and industrialization, an increasing amount of agricultural and urban soils has been polluted in recent years. Among various kinds of pollutants, metal pollutions have paid much more attention. Unlike organic pollutants, metals are highly dangerous because of their toxicity and non-biodegradability by soil organisms. Such metals could exist in the soil for many years, become accumulated through the food chain, and consequently pose considerable threat to human health. Moreover, metal toxicity in soil depends not only on the total amount but also on the mobility in soil. The bioavailability of metal contaminates gradually decreases from the exchangeable form to the residual form. Undoubtedly, the exchangeable form is the most dangerous. 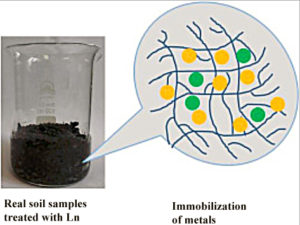 Fig. 1. The effective mechanism between lignin and heavy metal ions.

Numerous techniques have been developed and applied to treat metal-polluted soils, such as the physical isolation method, soil washing, biological techniques, and stabilization/solidification method. Among such approaches, in situ solidification/stabilization has attracted great attention because of its easy operation, high efficiency, and cost-effectiveness. The final stabilization performance of the targeted contaminated soils largely depends on the selected immobilization agents. Various kinds of materials have been used as immobilizing agents including lime, phosphate materials, zeolite, bentonite, sepiolite, Fe/Mn oxides, and organic matters.

Bioorganic wastes have constantly attracted researchers’ attention as potential high-performance immobilization agents for soil remediation. Although these organic materials would decompose after a long period of stabilization and holds certain remobilization risks, they could decrease toxic metal bioavailability and induce metal retention in soils by adsorption and facile formation of stable complexes with metals. Such effect could also improve soil quality by providing nutrients to plants. Among numerous organic materials, lignin (Ln) is the main byproduct of the paper industry and the precursor of humic substances; Ln contains abundant oxygen-containing groups, including carboxyl, lactonic, and phenolic hydroxyl groups, thereby easily chelating and immobilizing many metals. Given its unique chemical composition and richness in nature, Ln holds a significant potential as an effective soil stabilizer.

In our study, Ln was employed to treat actual lead (Pb) and cadmium (Cd) polluted soils collected near the mining areas of Nanjing, China. For comparison, two other organic materials, namely, carboxymethyl cellulose and sodium alginate, were adopted. Both materials are polysaccharides containing abundant carboxyl groups. Among the three organic stabilizers, Ln was the most efficient in remediating the Pb- and Cd-contaminated soils with higher stabilization and better duration. These results were ascribed to Ln’s distinct three-dimensional molecular structure and various oxygen-containing functional groups for obtaining the efficient chelating and immobilization effects, which have been further confirmed from the metal adsorptions in aqueous solutions. The possible remediation mechanism was simply presented in Figure 1. Moreover, Ln demonstrated greater preferential immobilization of Pb over Cd than did the other two stabilizers in soils, which may be due to the variation in affinity of the different oxygen-containing functional groups on the natural polymers toward different metals.

In brief, the natural polymers, especially Ln, hold good application potentials in the remediation of metal-contaminated soils. However, although stabilization is an effective way to reduce the toxicity of heavy metals, it could not decrease the total concentration of heavy metals. Moreover, the long-term stability of the immobilized heavy metals needs to be further monitored. More detailed investigation about Ln as a soil stabilizer is thus very necessary before its practical applications