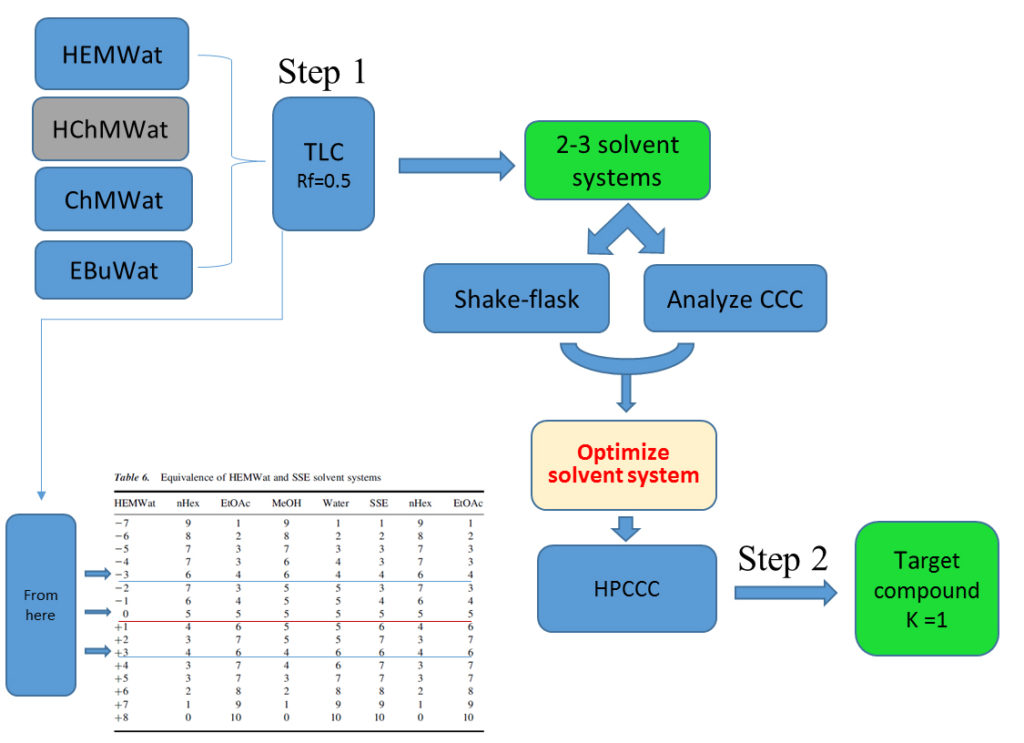 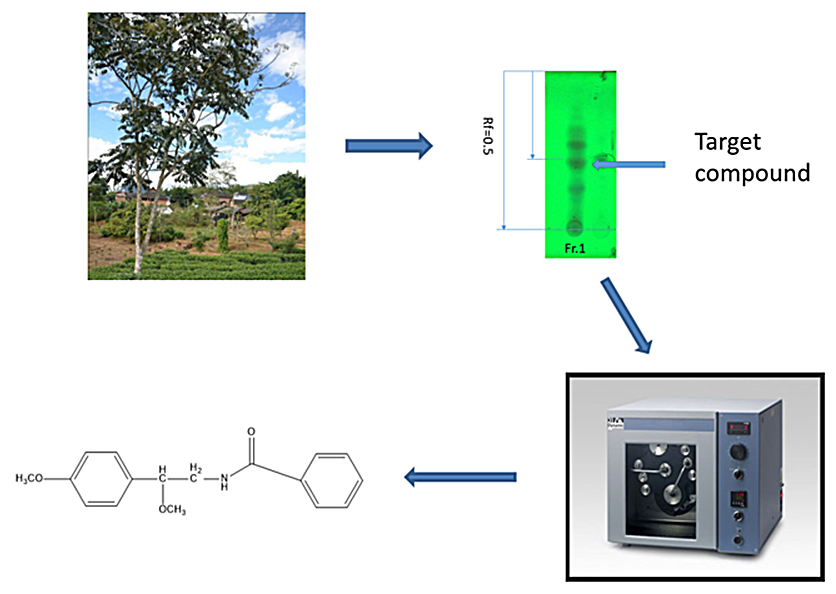 According the TLC-based ‘GUESS’ method and previous studies, compounds with Rf values between 0.29 and 0.71 (optimal 0.5) will have K values between 0.4 and 2.5 (optimal = 1) and be eluted in the sweet spot of an HSCCC run. With the chosen ratios of solvents, the target compound would come out after one column volume elution, as its K-value may be close to one. The target compound were detected at fraction 25 fration from CCC where the elution volume equals to one column volume.

O-Methyltembamide (1) was purified by HPLC with purities 98.2% and identified by ESI-HRMS and NMR.