Since the first-in-man transcatheter aortic valve implantation (TAVI) performed in our center in 2002, this technique has been increasingly accepted by the medical community as a viable and established option in patients with severe aortic stenosis (AS) either inoperable or at high risk for surgical valve replacement. With the growing experiments of the community and improvement in devices and catheters, indications of TAVI might become even wider. In this study, we aimed to evaluate the trends in feasibility and safety of transfemoral transcatheter aortic valve implantation (TAVI) from 2010 to 2013 in our pioneered center. 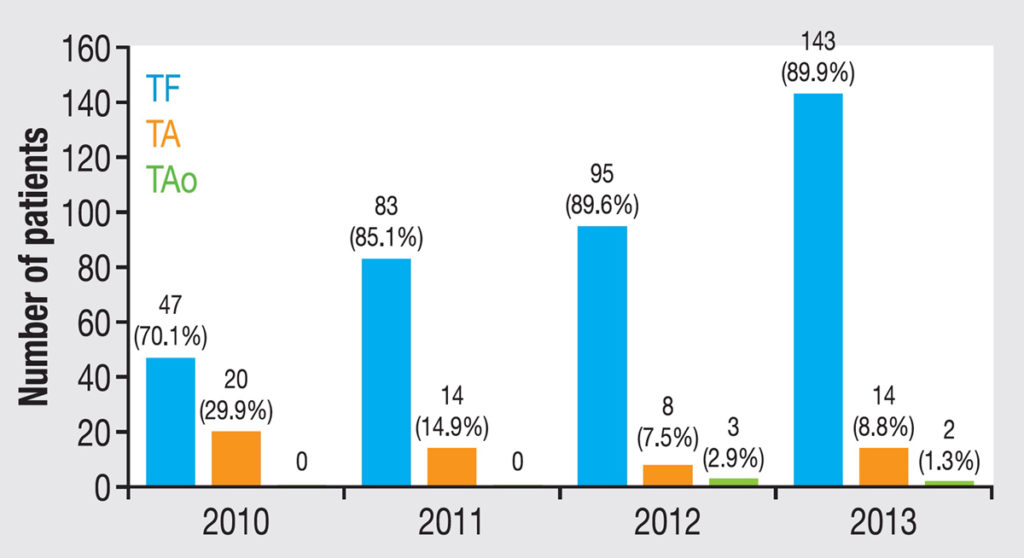 Fig. 1. Bar graph representation of the annual number (and percentage) of procedures over the period of 4 years via trans-femoral (TF, blue), transapical (TA, red) and transaortic (TAo, green) approaches.

Between January 2010 and December 2013, all consecutive patients undergoing TAVI in the Department of Cardiology of Rouen Hospital were included in a prospective registry. Transfemoral procedures were performed in a conventional cardiac catheterization laboratory, with sterile precautions using local anaesthesia and conscious sedation (nalbuphine 5 mg and midazolam 1 mg) in all cases. TTE was not used during the procedure and the percutaneous approach was performed using a preclosing system (Prostar; AbbottInc., Chicago, IL, USA). All of the equipment was present and ready to use in the catheterization laboratory, and the anaesthesiologist, echocardiographer and surgeon were immediately available in the event of any complication. Population characteristics, 30-days and one-year outcomes were analyzed. Outcomes were classified according to Valve Academic Research Consortium (VARC)-2. 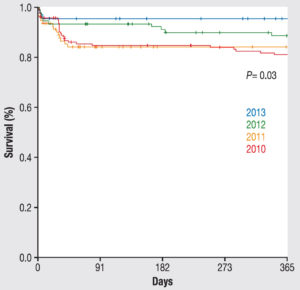 Fig. 2. Kaplan—Meier estimates of survival up to 1 year.

We report our experience of TAVI over a period of 4 years using the Edwards SAPIEN XT valve predominantly. During this period, we observed an increase in the annual number of procedures performed in lower-risk patients. About 90% of procedures were feasible with a transfemoral approach, with a high success rate and stable and low rates of complications. Early hospital discharge is feasible in most patients. One-year survival has increased yearly since lower-risk patients were included. It is likely that the results will be further improved with the advent of the Edwards SAPIEN 3 valve.