Ionic liquids (ILs) which are composed of organic cations and organic (or inorganic) anions have been widely considered for use in electrochemical materials because of their excellent chemical and physical properties wide electrochemical window, negligible vapor pressure, non-flammability, and high thermal stability. In recent years, there has been a growing interest in 1-butyl-3-methylimidazolium bis(trifluoromethylsulfonyl)amide ([C4mim][TFSA]) based ILs as a possible electrolyte in the lithium-ion battery. Investigation of the electrical double layer (EDL) structure formed at the electrode/IL interface is the key to understanding their functional performance in technological applications, for instance in the lithium-ion battery. Although X-ray and neutron scattering techniques are powerful tools for the study of the EDL structures, structural analysis at the electrode/IL interface is difficult to interpret due to the insufficient contrast to allow the different elements to be clearly discerned. Because of the large differences in scattering behaviors of neutrons by two isotopes, hydrogen (1H) and deuterium (2H=D), organic molecules are labelled by deuterium to discriminate between the solvent and solute signals. That is, invisible structures such as the ELD structure can be visualized by combining the neutron reflectivity (NR) and deuterium labelling techniques. Therefore, the study of the EDL structure formed in [C4mim][TFSA] electrolyte was carried out using the combined techniques of NR and deuterium labelling. 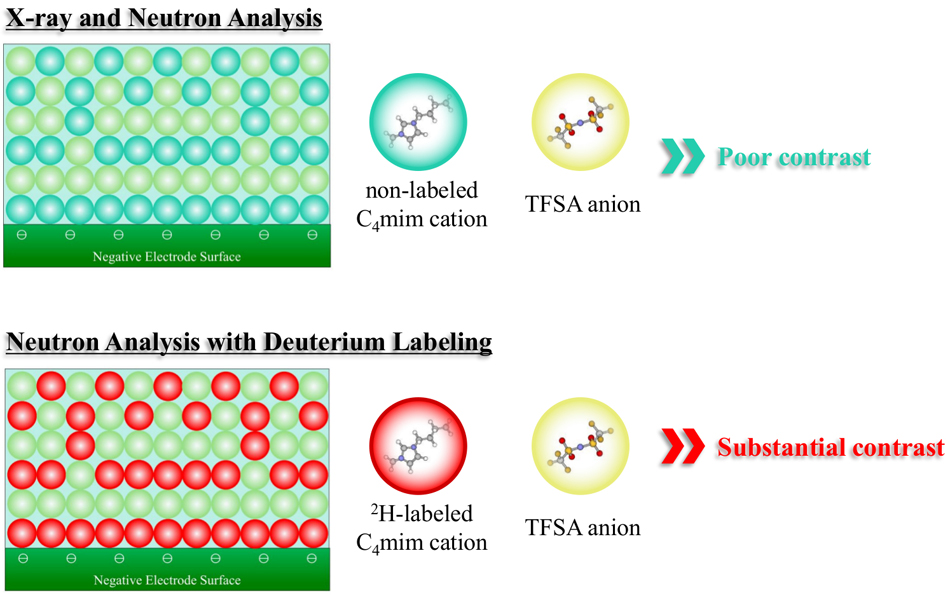 Fig.1. The difference of neutron scattering contrast between the protonated and deuterated ionic liquid systems.

Since fully deuterated [C4mim][TFSA] could provide substantial contrast in neutron scattering analysis to visualize the EDL structure formed in [C4mim][TFSA], we carried out the NR measurements on a BL17 SHARAKU reflectometer installed at the Materials and Life Science Experimental Facility (MLF) in Japan Proton Accelerator Research Complex (J-PARC), Tokai, Japan. An image of the EDL structure formed at the interface of [C4mim][TFSA]/Si-electrode at the voltage of -1.1 V is illustrated in Figure 2. We found that only the C4mim cations are stacked on the surface of the Si-electrode to screen the negatively charged Si surface, and the TFSA anion layer is formed over it. In addition, we also found that the [C4mim][TFSA]/Si-electrode system forms a distinguishable electrically charged diffuse layer over the EDL layer. It is clear that the EDL structure formed at the IL/electrode interface is different from those in conventional media.

Fig. 2. A deuteration method of C4mim cation (left) and an image of obtained EDL structure (right).

Nano-structure visualization methods have been developed with the use of new technologies and applications. It is obvious that combining the neutron scattering and deuterium labelling techniques provides distinct structural information at the scale of several nanometers.