What all can your child eat apart from food: coins, magnets or more?

Ingestion of foreign bodies is a common paediatric problem. The majority of ingested foreign bodies pass spontaneously. The type of foreign body differs depending on the age and eating habits of the subject. Thus, foreign bodies found in children are often coins, safety pins, toy parts, and small batteries, whereas in adults they are more likely to be boluses of food, meat bone fragments, fish bones, parts of dentures, toothpicks, and nails or screws. In childhood, foreign bodies are usually ingested accidentally during games. Oesophageal foreign bodies should be urgently removed because of their potential to cause complications. 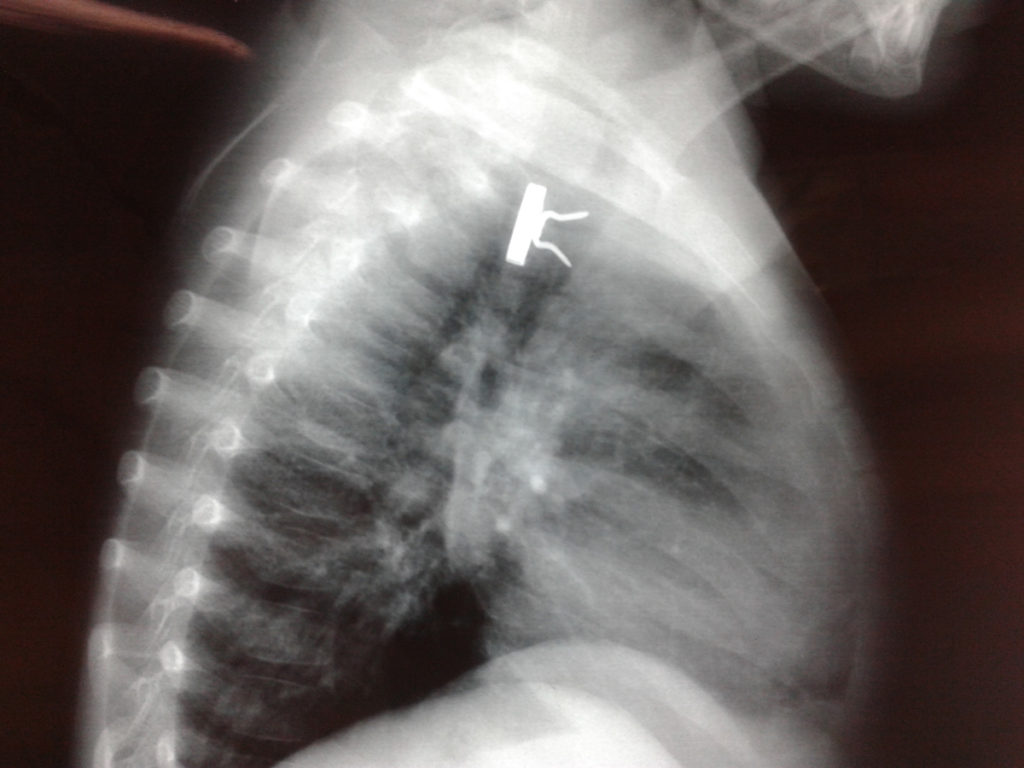 Ingested batteries that lodge in the oesophagus, sharp or pointed foreign bodies in the oesophageal or gastric tract, and ingestion of multiple magnets all require urgent endoscopic removal. A healthy 4-year-old boy accidentally swallowed a magnet which he had detached from his mother’s purse during playing. He had multiple episodes of vomiting, but was otherwise completely asymptomatic. The child presented to our emergency 6 h after ingestion. At presentation, the child appeared well and showed no signs of respiratory distress or drooling. Findings on a complete examination were within normal limits. Anteroposterior plain film x-ray of the neck and chest showed that the ingested magnet was situated in the upper oesophagus. In fact, based on this x-ray, it was difficult to decide if the ingested foreign body was a coin or a magnet. Lateral plain film x-ray of the neck revealed the actual nature of the ingested foreign body. There were two sharp metallic hooks on one surface of the magnet, which were facing anteriorly. No free air or pneumomediastinum was visible on the x-ray. The patient was taken to the operating room for an uncomplicated foreign-body removal via rigid oesophagoscopy and alligator forceps. 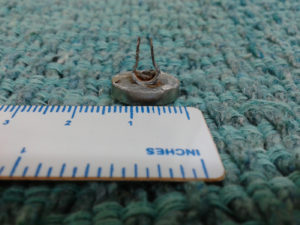 The sharp, rusted, metallic magnet was found to be impacted in the oesophageal mucosa, and measured almost 1.5 cm in diameter and 1.3 cm anteroposteriorly. However, re-examination of the larynx and oesophagus revealed no mucosal damage and no other foreign bodies. A follow-up chest x-ray obtained in the recovery room was normal. The patient did well postoperatively. He tolerated a normal diet the following morning, and was discharged home later in the day. Globally, the most common ingested foreign body in the pediatric population is the coin. Other common types of ingested objects in the oesophagus are food related foreign bodies, such as bones, meat bolus, nuts and seeds, or pins, magnets and toys. A sharp and magnetic object in the oesophagus is a medical emergency because of the high risk of perforation and migration. It should be removed even if the patient has not been appropriately fasted. It is imperative that at least 2 views of the neck and chest are obtained to confirm the nature of the foreign body; this can change the line of management and thus, outcomes. Caregivers should keep products with magnets and sharps out of environments where children aged less than 6 years are playing and be aware of the unique risks if ingested. If caregivers suspect a child has ingested a magnet or a sharp, they should seek health care promptly. Caregivers also should be aware that children might be reticent to admit ingestion or unable to describe what they have ingested. Delays in diagnosis and treatment can lead to serious or fatal outcomes.