Development of fluorophores for CPL, circularly polarized luminescence, has attracted much attention. CPL has large potential toward future applications such as 3D displays and biosensing.  Major challenges in creating good CPL fluorophores are; 1) large anisotropic dissymmetric factor glum (difference in right-handed emission and left-handed one); 2) large fluorescence quantum yield FF (efficiency of fluorescence upon photon excitation); and 3) emission l in red to near-infrared region (longer wavelength). The reason for the third point is that the red to near-infrared light (650–900 nm) is relatively transparent to biological tissue and thus advantageous to imaging.  In this work, we synthesized one of the most efficient red-emitting CPL fluorophores reported to date (|glum| = 9 ´ 10–3, FF = 0.58, l = 663 nm). 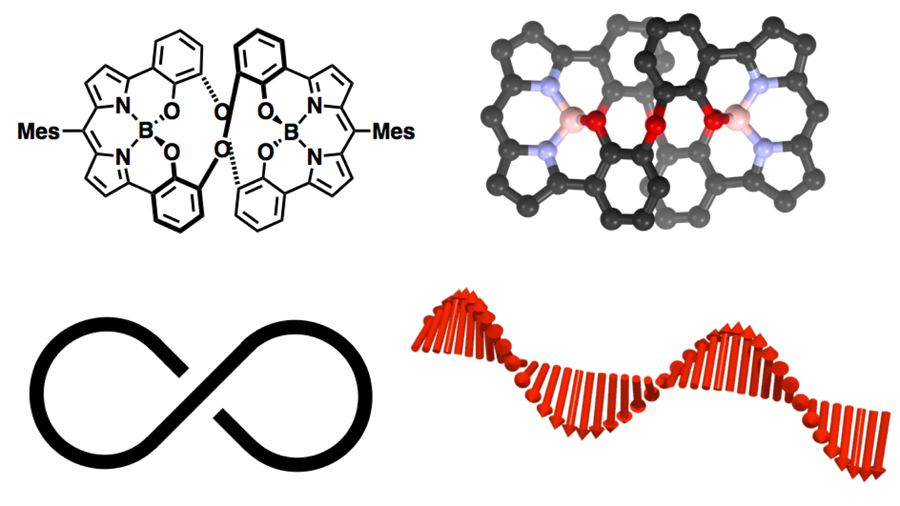 Fig. 1. A figure-of-eight-shaped molecule as an efficient fluorophore that emits circularly-polarized red light.

The key to realize the significant polarization in fluorescence is the backbone of the molecule. Here we utilized a figure-of-eight shape (Fig. 1). The macrocycle twisted into the figure-of-eight geometry has chirality, and each enantiomer after separation was so stable that one isomer does not convert to the other isomer in solution under ambient conditions.  This unique shape of asymmetric p framework resulted in the dissymmetric factor |glum| = 9 ´ 10–3, which is quite large as organic fluorophores.

Strong emission (FF = 0.58) is attributable to BODIPY (boron-dipyrrin) unit, which has been proven to be an excellent fluorophore in many other studies. The color tuning of emission into the red region (l = 663 nm) was achieved by the introduction of electron-rich phenolate moieties. This aryl-O coordination to boron center lead to the decrease in energy band gap as well as the stiffening of the figure-of-eight framework. As a result, efficient red fluorescence was achieved while thermal deactivation was suppressed.

This study presents how effective the figure-of-eight shape is in developing chiral fluorophores. It enhances the feasibility of CPL-based applications, such as not only the 3D-displays and bioimaging, but also security printing, information storage, and asymmetric photochemical synthesis.