Lactic acid bacteria (LAB) is industrial important bacteria because LAB are used in fermented foods and probiotics. The clarification of the stress tolerance mechanism of LAB is beneficial for probiotic and molecular breeding to equip LAB with stress tolerance. The increased stress tolerance of LAB can lead to efficient productivity of metabolites and high survivability in the gut environment. The objective of this study is the clarification of stress response mechanism including carotenoid in LAB considered as novel stress tolerance mechanism in LAB. In general, carotenoid plays role in photo-biosynthesis and antioxidant in plants and microorganisms. A part of LAB belonging to Enterococcus and Lactobacillus have yellow pigment, and the yellow pigment is carotenoid named as diaponeurosporene which can enhance oxidative stress tolerance as well as bile acid and lysozyme. However, the gene expression response of carotenoid and its precursor biosynthesis pathways, such as the isoprene biosynthesis pathway via mevalonate, to oxidative stress is not understood in detail. 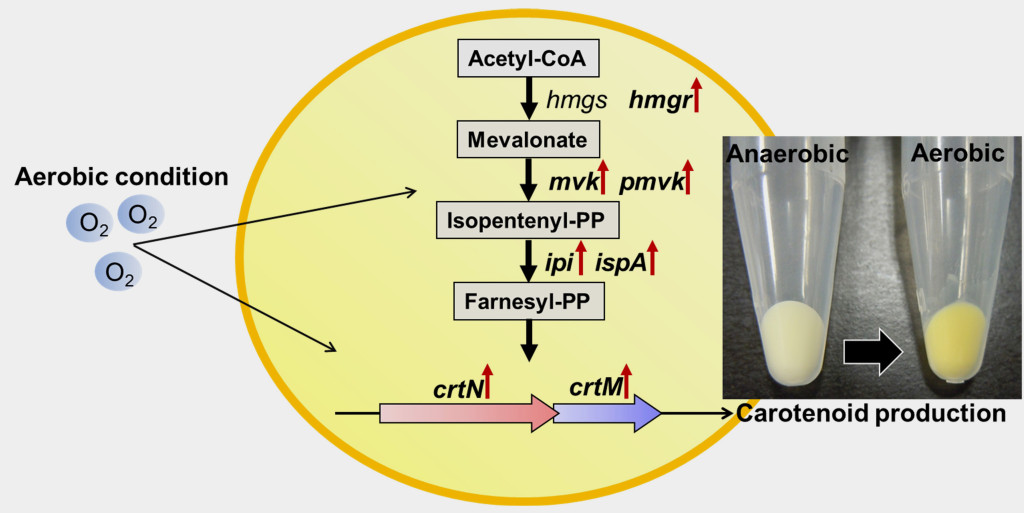