Anthelmintic resistance or what left after the incorrect treatment?

Small ruminant gastrointestinal parasites represent very important and common problem in the world (Fig. 1). Infections with gastrointestinal nematodes can have a detrimental effect on animal health such as weight losses, diarrhea, anemia, digestion problems and even death of animals which may result in financial loss and overall decrease of productivity. The infection with these parasites in sheep and goat depends on the contamination of environment, individual host immunity and climatic factors (temperature, humidity, rainfall and soil moisture) of a region. Due to global warming the parasite-related losses in grazing livestock increased. 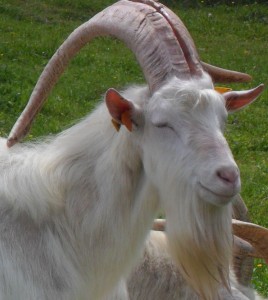 Small ruminant parasitic diseases are controlled on many farms with continuous anthelmintic treatments. Farmers mainly use two of the most popular anthelmintic families in the world: benzimidazoles and macrocyclic lactones. Unfortunately, during the long period of the incorrect control of gastrointestinal nematodes in small ruminant the problem of anthelmintic resistance appeared, which is now widespread throughout the world.

Anthelmintic resistance is the heritable ability of the worm to tolerate a normally effective dose of the anthelmintic. The rate of emergence of resistant strains has generally been lower in temperate zones in the northern hemisphere compared to other regions due to different climate, parasite species and treatment frequency. However, occurence of resistance in Europe is increasing and anthelmintic resistance not only to the single drug, but also multidrug has also been reported, which makes the control of gastrointestinal nematodes in small ruminants very difficult. In talking about anthelmintics use, the three biggest mistakes are: too intensive use of anthelmintics, under-dosing and treatments with the same anthelmintics. 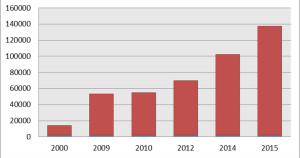 In our research 33 sheep farms in Lithuania with previous history of the use of anthelmintics were enrolled in this study. The anthelmintic resistance detected in this research was very high, what makes this problem very serious in Lithuania. However, the level of anthelmintic resistance were very variable and it could be very changeable because of the sharply rising number of sheep in Lithuania in this moment (Fig. 2). The another unpleasant truth, multidrug resistance was detected. In general it says, that in nearly future the only possible solution could be new drugs, but unfortunately the problem is increasing much faster compared to creation of new drugs in the world.

This research has brought a valuable information about the one of the biggest issue in these days in sheep farms in Lithuania and in general context in the world. An appropriate strategy for anthelmintic treatment, measures to prevent gastrointestinal nematodes infections and better understanding of management practices associated with resistance could slow the development of resistance.