It is now or never that we make use of our generated waste to produce valuable products. In this way, we can have closed loop recycling systems that can boost our economy. Chitin is a waste product from marine foods processing industries (fishery industries) mainly from crustacean’s shells such as shrimp and crab-shells. It is the second most available natural polymer on earth, and received less attention due to its inertness. The derivatives of chitin, especially chitosan, is very popular because of its unique features such as metal chelation and interaction with negatively charged molecules (e.g. proteins and anionic polysaccharides i.e. alginate and carrageenan). A lot of research went into the application of chitosan in biomedical fields because of its unique properties such as hydrophilicity, biocompatibility, non-toxicity, biodegradability, and antibacterial effects. Furthermore, it is metabolized by certain human enzymes (e.g. lysozyme). Alginate is another natural waste from the cell walls of seaweeds. It is a natural polymer with properties similar to those of chitosan; hence it also qualifies for biomedical applications. Since the cell behaviour such as migration, orientation and cytoskeletal arrangement can be greatly influenced by substrate topography alone, it is essential to engineer a substrate having a similar structure as the native extracellular matrix. Electrospinning is capable of producing nanofibrous substrates similar to the native extracellular matrix. This technique relies on applying voltage to the polymer solution, which when ejected from a needle will extend towards a grounded collector. During this trip the solvent evaporates and a solid polymer fibre are deposited on the grounded collector. The resulting fibres have distinctive properties such as large volume to weight ratio, an interconnected structure and high porosity which would afford increased cellular interaction (Fig. 1a). The biofunctionality of electrospun nanofiber scaffolds for tissue engineering using different nanoparticles is one of the most effective and cheap methods, but these particles end up buried and covered with polymer and they fail to reach the target. 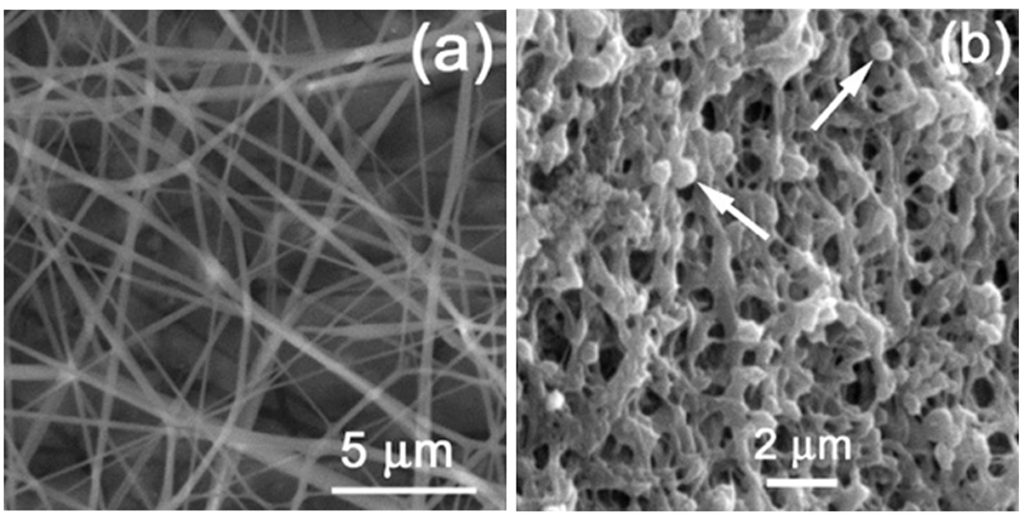 Fig. 1. SEM images of the electrospun fibers and the polyelectrolyte complex.

The polyelectrolyte complex from waste residues that we developed, showed good antibacterial efficacy towards Gram negative (K. pneumoniae and E. coli) and positive (B. pumilus and S. aureus) bacteria, and an acceptable water vapour permeability, which makes it ideal for dressings in the treatment of wounds and injuries.