Can you reduce your risk of diabetes with lifestyle changes?

Glucose homeostasis deficiency may lead to chronic increase in blood glucose levels and could affect a large number of tissues and organs.  The shift from early metabolic abnormalities that forego diabetes, such as impaired fasting glucose and impaired glucose tolerance, to diabetes, is not direct. However, current evidence indicate that most individuals with pre-diabetic states finally develop diabetes. Cardiovascular disease risk is modestly increased during the pre-diabetic state, but with the development of diabetes the risk is increasing, in combination with long – term complications including eyes, kidneys and nervous system. 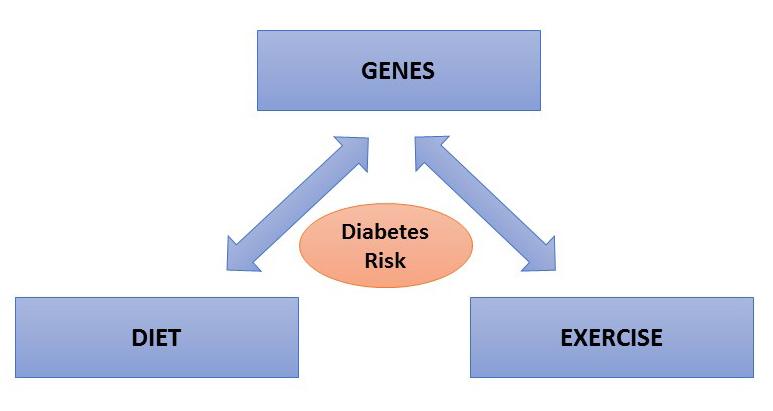 Fig. 1. Lifestyle may modify the glucose-raising effect of genes.

A combination of genetic and environmental factors contribute to impaired glucose homeostasis. A large number genetic variants associated with glycemic traits and type 2 diabetes development have been recently identified. In addition to genetic factors involved in impaired glucose homeostasis, lifestyle patterns, including dietary intake play a significant role in the pathogenic process. Glycemic control strategies include weight management as the primary nutritional strategy, accompanied by moderate physical activity. Evaluation of a dietary pattern (rather than single nutrients) and exercise status could provide a direct approach to the quantification of disease prevention. Information on personal genetic profile and lifestyle components are touted for potential contribution to personalized medicine.

We tested the hypothesis that a healthy lifestyle could modify the cumulative impact of the genetic background. Our results indicate a significant gene – lifestyle interaction on glucose levels in diabetes-free individuals. These findings strongly support the idea of lifestyle intervention in individuals with a genetic predisposition for increasing glucose levels. 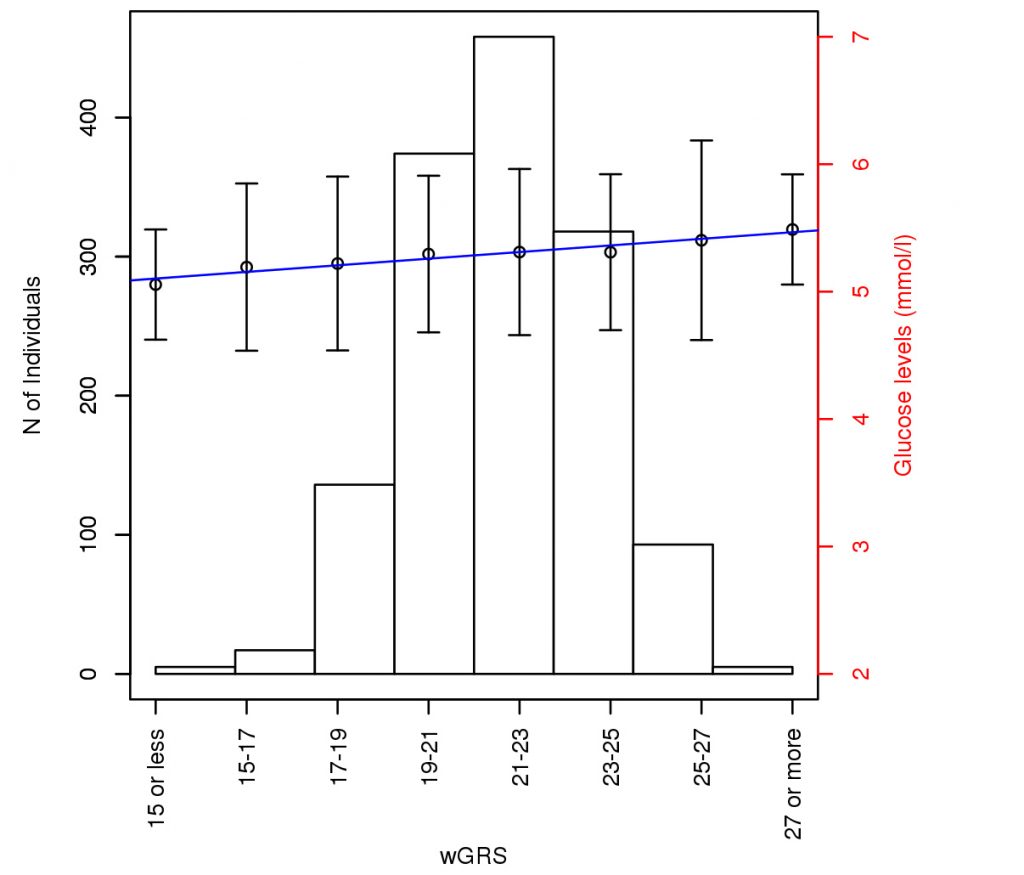 The interaction studying is of great importance for the improvement of the accuracy in the assessment of both environmental and genetic impact and serve in prediction and customised recommendations for disease prevention. There is an immerse need for prevention strategies for diabetes to be focused on intensive lifestyle changes which could be cost effective. Lifestyle modification via physical activity and dietary intake could improve glycemic control and it is the most preferable first-line measure for the management of glucose levels.

In summary, screening of predisposing genes, associated with glycaemic traits, that demonstrate an attenuated impact under the influence of protective lifestyle behaviour, could contribute to better recommendations for glucose homeostasis control. Further research in this direction could contribute to a better comprehension of how dietary intake and physical activity recommendations could be customized to the individual’s genetic background. Combination of these tools would be useful for the evaluation of gene-environment interaction and serve in prognosis, prevention and monitoring of glucose homeostasis.