Cutaneous T-cell lymphomas (CTCL) represent malignancies of the T-lymphocytes that go to or reside in the skin. Roughly 50% of all CTCL cases are Sézary Syndrome and Mycosis Fungoides. The typical external manifestation of the disease is pruritic erythroderma (generalized exfoliative dermatitis, which involves 90% or more of the patient’s skin) (Fig. 1.). 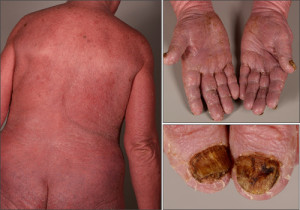 Fig. 1. Clinical appearance of Sézary Syndrome: erythroderma with involvement of hands and nails.

As a rule, the prognosis for the patient is poor when cancer T-cells are present in the blood: approximately 5 years mean overall survival. Therefore easy and precise detection of malignant cells in the blood of Sézary Syndrome is of important prognostic and diagnostic value. It’s essential also for disease treatment and assessment of therapy effectiveness. Currently, the disappearance of markers such as CD26, CD27 and CD7 from the cell surface of malignant T lymphocytes remains the most consistent feature of CTCL and is routinely used in the diagnostic workup. However, a single cell surface molecule on cancer cells in Sézary Syndrome, which could be used as a diagnostic marker, has not yet been identified.

The aim of the present study was to confirm cell surface molecule CD164 as a potential marker for cancer T cells in the blood of patients with Sézary Syndrome. For this purpose we studied CD164 cell surface distribution on peripheral blood lymphocytes from Sézary Syndrome patients and we compared it to the results obtained from healthy individuals and patients with benign inflammatory skin disease (ISD, psoriasis). As a first step we evaluated CD164 cell surface expression on the total population of T helper lymphocytes and we found greater amount of CD164 molecules in the blood of Sézary Syndrome patients compared to the control groups (Fig. 2A). Moreover, CD164 was not distributed randomly on the lymphocyte population of Sézary Syndrome patients. In most cases, we found CD164 molecules predominantly expressed on the cancer T-cells which were with typical of malignant process CD26 loss. On the contrary, in the control samples the CD164 distribution did not correlate with CD26 loss (Fig. 2B.). 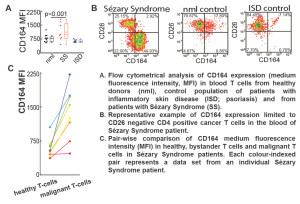 Fig. 2. The amount of CD164 molecules is increased on T cells from Sézary Syndrome patients.

As a next step, we analyzed whether there was a difference in the level of expression of CD164 on malignant T cells compared to benign, bystander T cells in the blood of individual Sézary Syndrome patients. The CD164 distribution on benign T cells did not differ significantly from that on lymphocytes from healthy donors. Moreover, in most cases (six of eight patients), we found that the number of CD164 molecules was higher on cancer T-lymphocytes and remained low on non-malignant cells (Fig. 2C).

In conclusion, our data suggests that increased expression of CD164 may be a promising diagnostic parameter and a potential target for a CD164-linked therapeutic approach in Sézary Syndrome. According to our findings, CD164 fulfills the criteria for such a marker: its expression is significantly higher in blood of Sézary Syndrome patients and CD164 molecules are localized mainly on cancer T-cells’ surface. Based on the control population data, we propose that flow cytometrical identification of more than 20% CD164 on T cells in the blood of erythrodermatic patients should raise suspicion for Sézary Syndrome.