Coastal wetlands are some of the most efficient habitats globally when it comes to assimilating carbon dioxide from the atmosphere and storing it in soil. This is mainly due to the fact that many coastal wetland plant species have the potential to grow rapidly and their soils decompose very slowly. However, plant growth depends on how readily roots can access and take up essential nutrients such as nitrogen. With the atmosphere becoming increasingly enriched in carbon dioxide, it is likely that there will be shifts in the ability of plants to take up nitrogen, but we don’t know how this will vary across species. 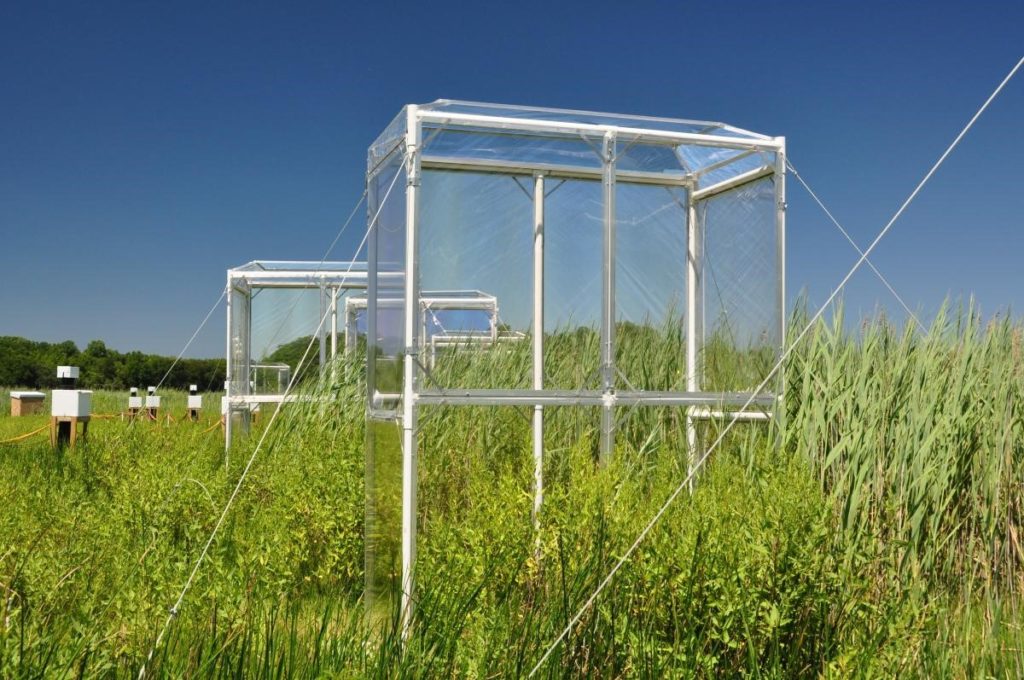 We therefore examined three foundation species’ ability to take up nitrogen under current carbon dioxide levels and those expected closer to the end of the century. We then linked our findings to measurements of plant growth for these same three species from long-term field experiments under current or future carbon dioxide levels. We found that elevated carbon dioxide enhanced the ability of a native grass (Spartina patens) to take up nitrogen, but decreased the rate of an invasive grass (Phragmites australis). Elevated carbon dioxide also had no effects on a native sedge (Schoenoplectus americanus). These results suggest two things. First, differences in nitrogen uptake could explain why some of the species we studied are more common than others in coastal wetlands, and second, changes brought on by rising carbon dioxide could alter plant growth patterns in coastal wetlands around the world in the near future.