Control the frustration between molecular pairs with external stimuli-responsive motions

Given the growing importance of economic and sustainable chemical processes, chemists have been continuously devoting their efforts to the development of homogeneous systems for molecular transformations with earth – abundant elements. As such, much attention has recently been paid to the utilization of frustrated Lewis pairs (FLPs) owing to the promising advantages of employing harmless and abundant main-group elements. FLPs are recognized as weakly bond noncovalent complexes comprising an electron acceptor (Lewis acid, LA) and an electron donor (Lewis base, LB), in which the formation of classical Lewis adducts (CLAs) is encumbered by steric repulsion between LA and LB (Fig. 1A and 1B). Whereas the typical chemical features of both the LA and the LB are usually quenched through the formation of CLAs, FLPs exhibit a much higher reactivity and can activate the enthalpically strong H-H bond in a molecular hydrogen. However, this reactivity of FLPs eventually inhibits their isolation and makes them not shelf-stable, which would limit their utility.

Fig. 1. General scheme for the reaction of LA and LB giving (A) CLAs and (B) FLPs. (C) Design to control revival of FLPs from CLAs in the presence work.

If we could control a frustration switching on and off which lead to the formation of FLPs and CLAs, respectively, it will expand the utility of FLPs as a novel and powerful tool (reagent/catalyst) for organic synthesis (Fig. 1C). Herein, we show a first strategy to control the revival of an active FLP species from once-quenched CLAs by making use of external stimuli-responsive molecular motions. For this achievement, we designed a novel LB keeping the following considerations in mind (Fig. 1C): 1) The substituent on one of the nitrogen atoms should include both large (RL) and small (RS) units on the connecting atom (RC); 2) drastic changes in the spatial environment surrounding the carbene center should be induced by rotation around the N-RC bond to permit for the formation of both CLA and FLP species; and 3) the interconversion between the CLA and the FLP should be brought about by external stimuli. 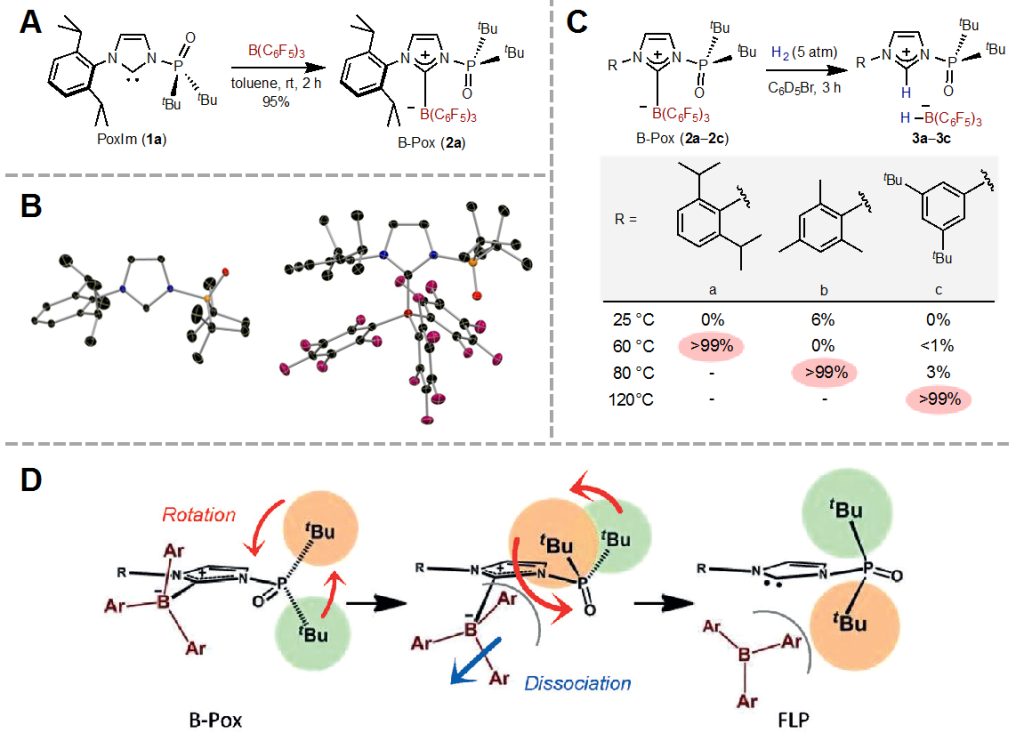 Fig. 2. (A) Synthesis of B-Pox. (B) Molecular structure of 1a (left) and 2a (right). (C) Thermally induced revival of FLPs and controlling revival conditions. (D) FLP revival process in this work.

These designs led us to prepare N-phosphine oxide substituted imidazolylidenes (PoxIms). The treatment of 1a with B(C6F5)3 resulted in the quantitative formation of CLA, B-Pox 2a (Fig. 2A). The structures of 1a and 2a were both confirmed by X-ray crystallography, illustrating the rotation of the phosphine oxide from an anti (in 1a) to a syn (in 2a) arrangement (Figure 2B). In the solid state, no decomposition of 2a was observed at 20-30 °C even in the presence of air and moisture. This stability of 2a evokes the reactivity of a quenched CLA; however, under thermal conditions, the FLP reactivity was perfectly revived to activate H2 efficiently (Fig. 2C). Furthermore, the temperature required to induce the revival of FLPs from B-Pox complexes 2 was successfully controlled by tuning the strain (= a potential frustration) in the B-Pox component (Fig. 2C).