Different morphs for different seasons: Seasonality of an insect invader

The Spotted Wing Drosophila (SWD), a cousin of the widely-studied model organism Drosophila melanogaster, is a devastating pest of fruit crops such as strawberries, cherries, blueberries, and blackberries.  SWD females lay their eggs inside of fresh fruit, where the larvae feed and destroy the fruit.  This species, native to Asia, was introduced to California in 2008 and has rapidly spread all over the world, including North and South America and much of Europe.

As we collected SWD throughout the year in Hood River, OR, we noticed that flies collected in winter appeared much darker and larger than those collected in summer.  We hypothesized that this winter-associated appearance and underlying physiological changes increases their overwintering capability and facilitates the success of SWD as an invasive species.  To test this hypothesis, we first measured wing lengths (as a proxy for body size) of field-collected flies throughout the year and rated their pigmentation levels.  We found that flies collected in winter are significantly larger and darker than those collected in summer, verifying our visual observations.  We found that we could rear the larger, darker winter morph in the laboratory using a reduced day length and a lower temperature characteristic of winter conditions (Fig. 1).  We determined that this fly primarily uses day length and temperature as environmental cues to respond to different seasonal conditions. 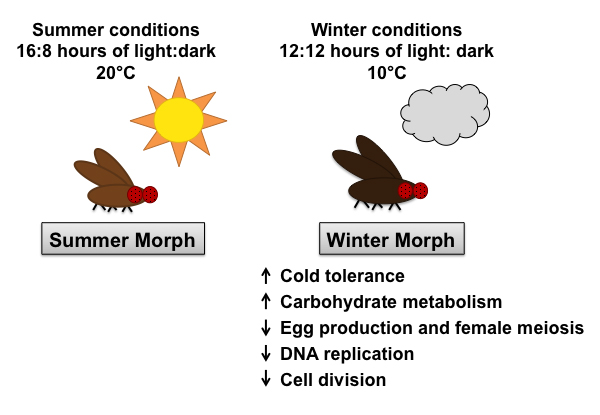 Fig. 1. Schematic showing the major physiological differences as predicted by differential gene expression between the summer and winter morph.

To determine the underlying physiological differences associated with the seasonal morphs, we performed a gene expression analysis study using RNA sequencing.  This method allows us to investigate which genes are turned on or off and to what degree.  We sequenced RNA in both the summer and winter morphs, and then determined which genes were differentially expressed.  We found that genes involved in cell division, egg production and female reproduction were down-regulated in the winter morph, suggesting that the adults are not reproducing under winter conditions.  These results indicate that this species likely overwinters in a winter diapause, a phenomenon by which the insect ceases to reproduce until more favorable conditions arise.  We also found that genes involved in central metabolism were up-regulated in the winter morphs.  This suggests that an altered metabolism may be important for increased overwintering success, possibly through the production of cryoprotectants to protect the fly’s cells from cold damage.

Previous studies have suggested that SWD cannot overwinter in colder climates such as those found in Canada, even though they are established pests in these regions.  This study presents potential mechanisms by which SWD can overwinter in colder locations.  This work may contribute to more accurate seasonal population models that are used to guide management strategies.  Given its economic importance as a crop pest, its exceptional ability to invade a wide variety of environments, and its close relationship to a model organism for which many genetic tools are already available, SWD is a well-suited model to study seasonal ecology and overwintering mechanisms.