Do children with Autism Spectrum Disorder understand the representational meaning of the eye gaze?

Gaze following is crucial for human social cognition, this ability develops from a low-level perceptual mechanism to a representational one. In typical development, between 6 and 12 months, infants perceive the gaze as a directional cue that draws attention to a part of the visual field. Just before 1 year of age, infants consider the partner as a psychological-perceptual agent. At this age, an extended exploration of an attended object indicates already a referential understanding of the gaze. Between 12 and 18 months of age infants follow the gaze toward objects or events situated outside their visual field. By this age, they understand that the gaze can point to a target that is represented in another person’s mind. Thus, infants attribute a referential meaning to another person’s gaze toward a hidden object. By 18 months of age, infants appreciate that the eye gaze of other people is related to attention and intentions and taking part in joint-attention episodes provides them with opportunities to develop mentalistic abilities. 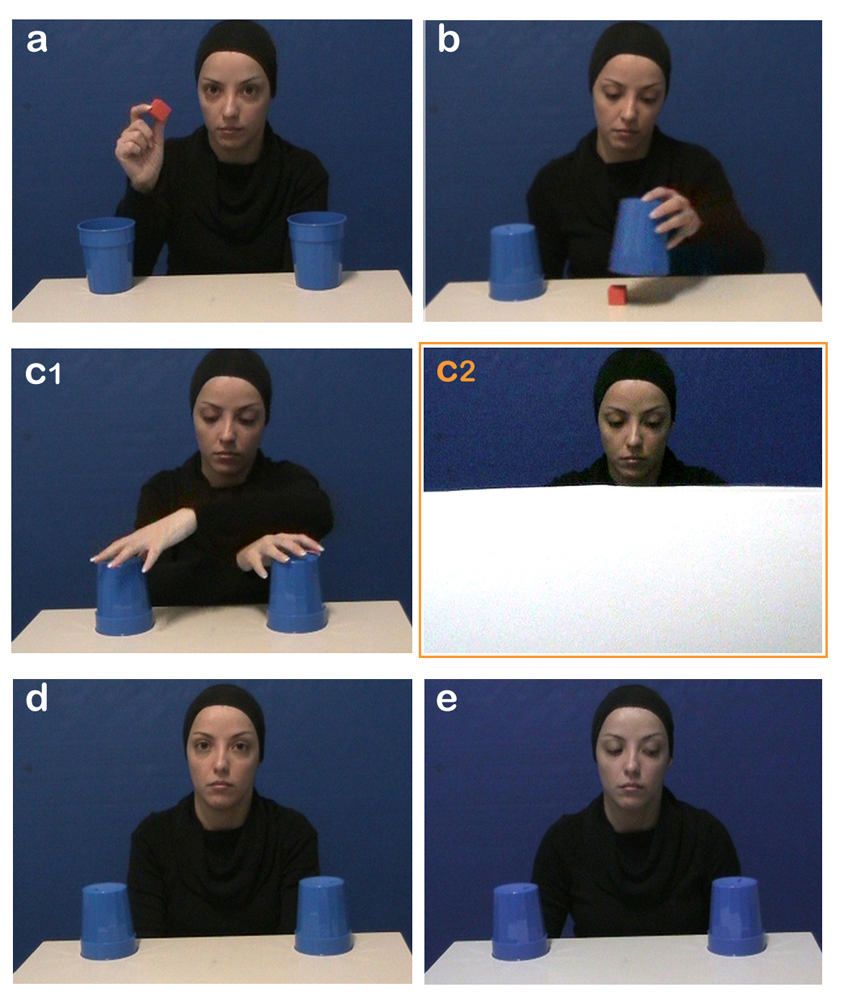 Gaze following is studied as a root to Theory of Mind development in individuals with Autism Spectrum Disorder (ASD). Individuals with ASD show a reduced ability to judge the direction of other people’s gaze in behavioral tasks. Even though they can compute the direction of eye gaze in non-mentalistic contexts, they are developmentally delayed in gaze following in mentalistic situations. Eye tracking studies indicate a reduced voluntary exploration of the attended objects in response to static gaze cues in this population. This suggests that individuals with ASD process gaze direction differently from typically developing individuals, probably missing its referential implication. Eye tracking studies using videos of complex social scenes indicate that adults and children with ASD spontaneously follow the gaze cues less often compared to typically developing controls. Moreover, in previous eye tracking studies showing dynamic social scenes young toddlers and young low functioning children with ASD looked at referential objects for significantly shorter time compared to controls. This suggests that individuals with ASD may process gaze direction as a directional signal but not as a referential cue. The question remains whether individuals with ASD are responsive to gaze as a directional cue even though they may ignore its representational meaning. Our study investigated gaze following toward hidden objects in high functioning children with ASD using eye-tracking technology. We compared spontaneous gaze following in young children with ASD (mean age 5;8 years) to that of typically developing children (mean age 5;7 years). Participants saw videos in which the position of a hidden object was either perceptually visible or was only represented in another person’s mind. The stimuli (Fig. 1) were a series of videos in which an actor engaged in a gaze following task. First hiding an object under one of two identical opaque cups, shuffling the cups, and then gazing three times toward the cup that covered the object. The video segment displaying the shuffling was manipulated into two conditions. In the Perceptual Condition, children saw the shuffling prior to the actor’s gaze cueing (c1), while in the Representational Condition, children did not see the shuffling preceding the actor’s gaze cueing since it was hidden behind an opaque screen (c2). Thus, gaze cueing was the only source of information available about the position of the hidden object. The findings indicate that children with ASD were significantly less accurate in gaze following and observed the attended object for less time than typically developing children only in the Representational Condition. This suggests that children with ASD are responsive to the eye gaze as a perceptual cue although they don’t understand its representational meaning.