Stomata are one of the key evolutionary features responsible for the successful colonization of land by plants. A stoma is a pore surrounded by a pair of guard cells, when these cells are turgid and inflated the pore opens and when cells deflate the pore is closed. This simple mechanism allows plants to optimize the amount of CO2 acquired for photosynthesis while reducing water loss due to transpiration. Spacing of stomata in the epidermis, the external protective tissue of the plant, is important to ensure proper function and carbon fixation efficiency. 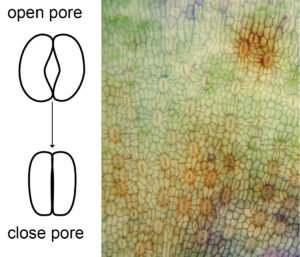 Fig. 1. Diagram of a stoma with an open and close pore. Stomata distribution at the base of the capsule of the moss Funaria.

Mosses are of one of the firsts groups of plants to evolve stomata. Different from most plants, stomata of mosses and other early land plants are not located in leaves but on the spore producing capsule. Our study investigated if the patterning and distribution of stomata in capsules of the moss Funaria follows a similar mechanism to that of flowering plants. In flowering plants, namely the model organism Arabidopsis, stomata are place away from each other by a series of cell divisions of meristemoids, cells that actively divide to produce more meristemoids, epidermal cells or guard cells. This developmental process is regulated by genes and influence by the environment. This study shows that stomata in mosses do not require meristemoids, instead stomata differentiate before the capsule begins to expand. Cells that will become stomata are align in files and separated by at least one cell. After the fate of the future stomata is decided, the surrounding cells divide perpendicular to it and differentiate into epidermal cells. Having stomata differentiate first, ensures that around 96-99% of stomata do not touch each other.

Simultaneously with epidermal development, the inside of the capsule expands creating spaces that are initially liquid filled and dry up after the stomatal pore is formed. These cavities extend along the base of the capsule creating a labyrinth of air spaces that allows cells from inner tissue to access CO2 for photosynthesis. Under each stoma, a substomatal cavities develops before guard cells fully differentiate. The development and anatomy of moss capsules supports the idea that stomata are involved in gas exchange for photosynthesis as it is in other plants. 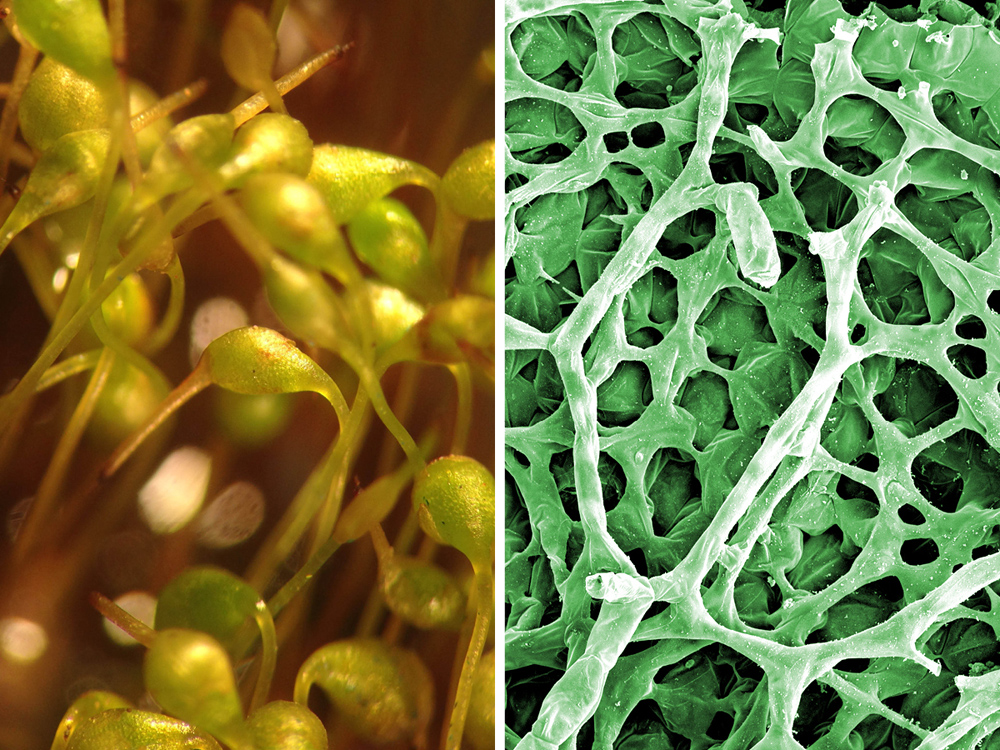 Fig. 2. Capsules of the moss Funaria. Colored scanning electron microscopy image of the tissue inside of the capsule that forms a labyrinth of air spaces.

This study proposes that patterning of stomata in mosses require less steps than in flowering plants and represents a simple strategy to space stomata. This developmental pattern ensures that stomata are equally distributed along the base of the capsule and do not touch each other. A similar mechanism may have been used by early land plants to pattern stomata and with the evolution of leaves in vascular plants the patterning became more elaborated.

Patterning of stomata in the moss Funaria: a simple way to space guard cells.
Merced A, Renzaglia KS
Ann Bot. 2016 May