Fruits and vegetables are useful for human health. They have bioactive constituents called “phytochemicals”, which show antioxidant activities. Most of the phytochemicals are small molecules and soluble compounds. Therefore, in vitro evaluation of the antioxidant activity of plant materials is performed using their solvent extracts and rarely the extraction residue; on the other hand, in vivo evaluation is generally performed using whole fruits and vegetables. 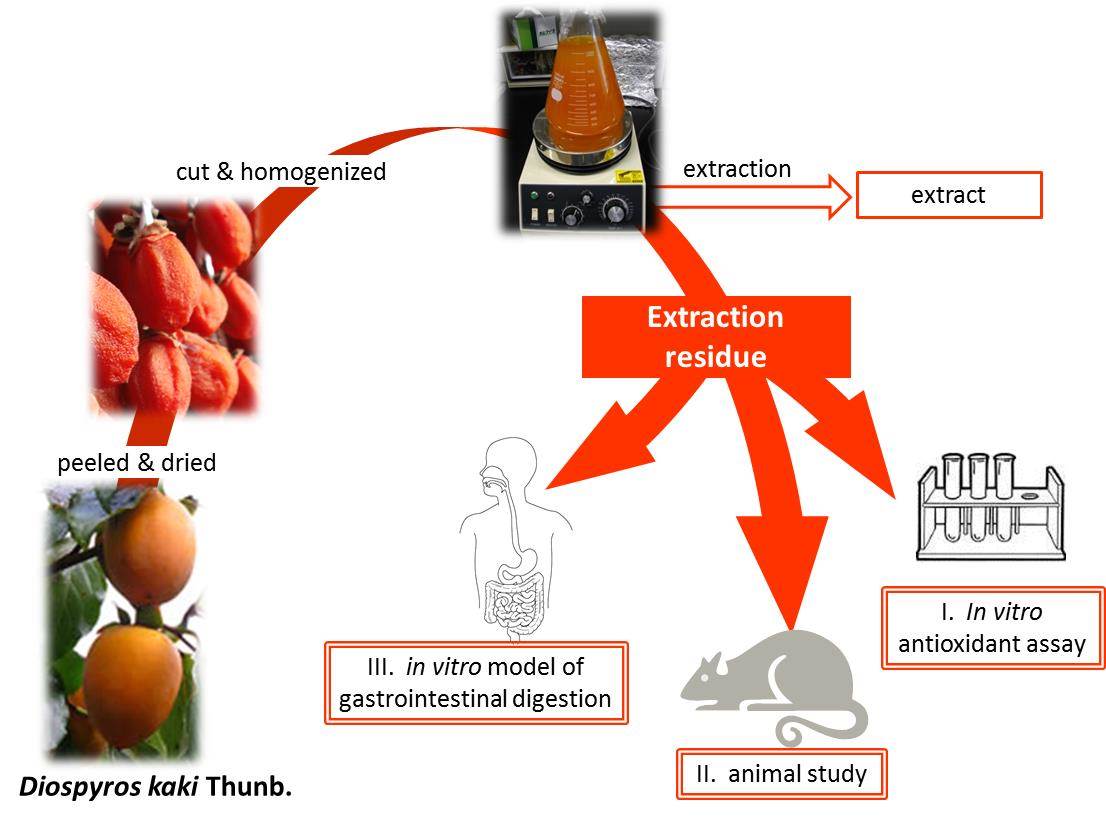 Second, in vivo antioxidant activity of extraction residue was evaluated through animal experiments. Eight-week-old male rats were randomly divided into three groups: the control diet group was fed a basal diet, the positive control group was fed tea catechin-supplemented diet (TC diet group), and the study group was fed a basal diet supplemented with the extraction residue of dried persimmon (NEP diet group). In these experiments, plasma was collected from rats after feeding the respective diets and the ORAC values were measured. After 1 week, the values in the NEP diet group were 1.5 times greater than those in the control diet group. Accordingly, the plasma ORAC values in the NEP diet group increased earlier than those in the TC diet group. 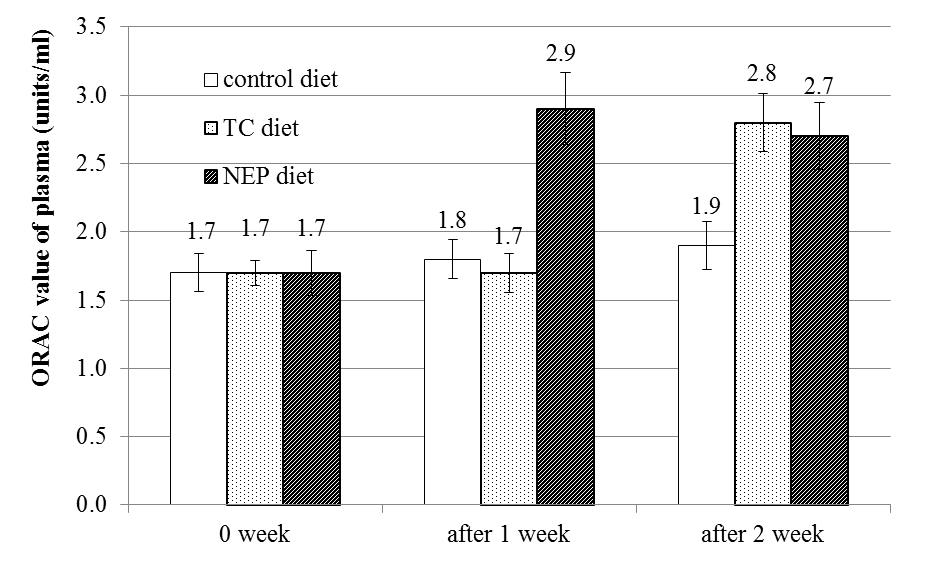