In 1911, Christophers developed an early-warning system for malaria epidemics in Punjab based on rainfall, fever-related deaths and wheat prices. Since that initial system, researchers and practitioners have continued to search for determinants of spatial and temporal variability of malaria to improve systems for forecasting disease burden. Malaria thrives in poor tropical and subtropical countries where resources are limited. 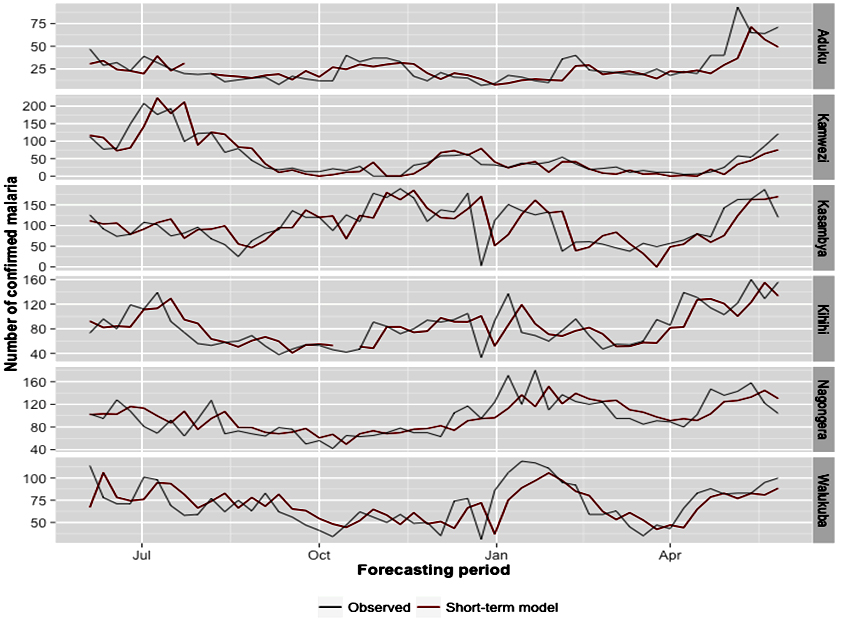 Fig. 1. Observed vs. forecasted counts of malaria for each site, one week ahead

Accurate disease prediction and early warning of increased disease burden can provide public health and clinical health services with the information needed to implement targeted approaches for malaria control and prevention that make effective use of limited resources. Malaria forecasting models do not typically consider clinical predictors, such as type of antimalarial treatment, in the forecasting models. The objective of the research was to identify the most accurate models for forecasting malaria at six different sentinel sites in Uganda, using environmental and clinical data sources. 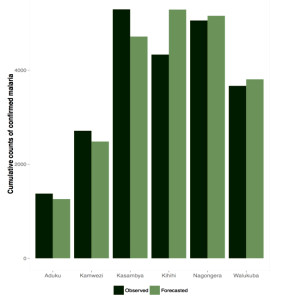 The model with the most accurate forecasts varied by site and by forecast horizon. Clinical predictors were retained in the models with the highest predictive power for all facility sites. The average error over the 52 forecasting horizons ranged from 26% to 128% whereas the cumulative burden forecast error ranged from 2% to 22%.

Clinical data, such as drug treatment, could be used to improve the accuracy of malaria predictions in endemic settings when coupled with environmental predictors. These results demonstrate the utility of using treatment predictors in conjunction with environmental covariates to predict malaria burden. Despite our gains, considerable variation in the temporal dynamics of malaria remains unexplained.

Further exploration of malaria forecasting is necessary to improve its accuracy and value in practice, including examining other environmental and intervention predictors, including insecticide-treated nets.