Green tea is good for your brain health

Theanine is an amino acid enriched in the green tea rather than the black and oolong teas, which are all derived from the identical tea plant “Chanoki” (Camellia sinensis). Theanine is present by 2 to 3% in the high-grade green tea brands “Matcha” and “Gyokuro” usually used in the traditional tea ceremony in Japan, whereas at most 1% theanine is found in normal grade green tea brands daily consumed in Japan. Our laboratory research outcome to date argues in favor of the idea that theanine promotes the supply of neurons newly generated from neural stem cells in embryonic, developing and adult brains after sustained intake. Neural stem cells are a primitive cell capable of proliferating for self-renewal and of differentiating into neuronal, astroglial and oligodendroglial cell lineages with different features in embryonic, developing and adult brains as summarized in Figure 1. During the cellular process of differentiation into neurons, moreover, immature neurons are endowed to migrate within the brain to grow up to residential mature neurons. These neural stem cells are extremely abundant in embryonic brains, whereas adult brains contain limited amounts of neural stem cells in particular restricted regions. 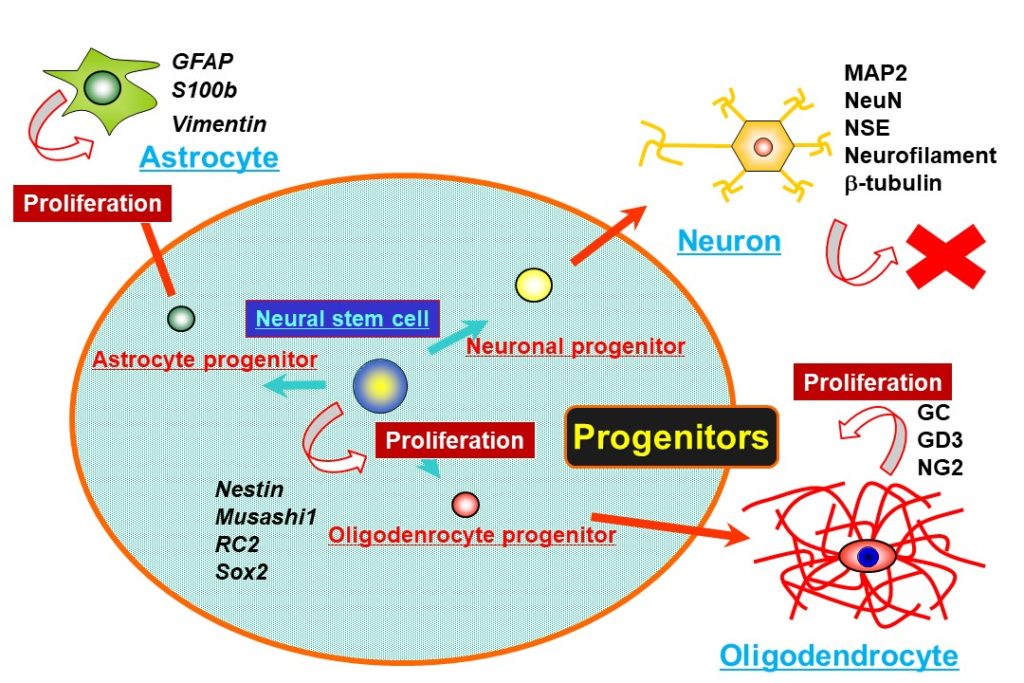 Theanine is shown to easily gain access to the brain through the blood brain barrier in contrast to the analogous endogenous amino acid glutamic acid. Although glutamic acid has been believed to excite the brain neurons as an excitatory neurotransmitter, dietary glutamic acid is told not to absorbed from the intestinal mucosa to the circulating blood streams in humans. In patients with major depressive disorders, sustained oral intake of theanine is beneficial for the improvement of depressive symptoms, anxiety, sleep disturbance and cognitive impairments. The quality of sleep is improved in boys with attention deficit hyperactivity disorder (ADHD) after daily oral intake of theanine, while similarly beneficial amelioration is seen in ADHD-related sleep disorders by theanine. Evidence is accumulating for the incidence of the good quality of sleep after sustained intake of theanine through anxiolysis and relaxation without remarkable adverse side effects in the literature. 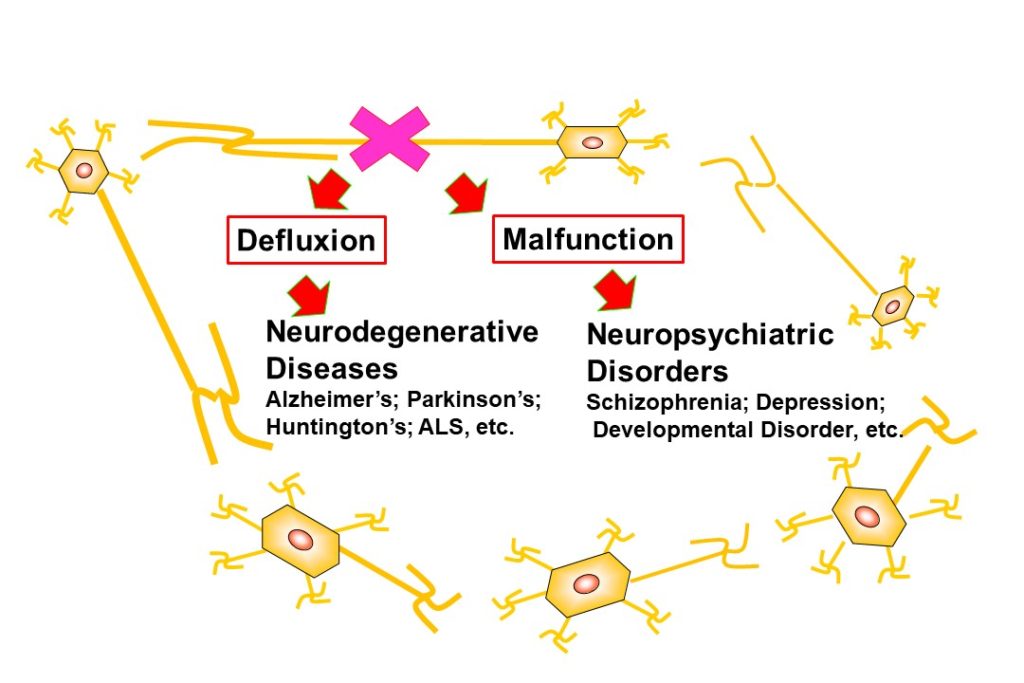 Furthermore, statistically significant alleviation is shown for cognition ability scores determined by expert physicians in healthy elderly people given capsules of high grade green tea powder compared to those with normal grade green tea powder capsules following daily oral intake for a period longer than 7 consecutive months up to 12 months. Daily oral intake of green tea is also shown to lead to 4 times less incidence of both dementia and mild cognitive impairment in elderly people over 60 years old than occasional drinkers and non-drinkers of green tea within the same regional residence in Japan. Theanine is an exogenous amino acid ingredient of edible drinks and foods consumed for hundreds of years with guaranteed safety in Japan, finally, whereas the high grade green tea also contains a tremendous amount of caffeine sometimes highly excitotoxic to the brain and heart. Accordingly, we have made several dietary supplements enriched of theanine with different effective constituents other than caffeine for online sales, which are all expected to be beneficial for the prophylaxis in relation to the life style betterment following sustained oral intake, without remarkable side effects seen with most drugs required for the therapy and treatment. From a viewpoint of the quality of life, prophylaxis is undoubtedly much better than therapy in likely patients suffering from different disabilities, dysfunctions and symptoms due to a variety of neurodegenerative and neuropsychiatric diseases in a particular situation (Fig. 2).