‘HATs On’: A small molecule with big potential in epigenetic therapy for Parkinson’s disease

Parkinson’s disease (PD) is a common, progressive and age-related neurodegenerative disease, whose incidence is set to double by 2030 as people are living longer. At present, it is estimated that ten million people worldwide suffer with PD. Despite its relentless progression, both in disease severity and in numbers affected, and despite intense research efforts, PD remains incurable. The symptoms of PD are movement (e.g. shakes, stiffness, slowness and imbalance) and non-movement-related (e.g. sleep, blood pressure and mood) disturbances, resulting from the degeneration of dopaminergic neurons in the brain and autonomic neurons throughout the body. One of the most promising strategies for modifying the progression of PD and treating its symptoms, involves protecting and/or restoring these dying dopaminergic and autonomic neurons. However, recent clinical trials which aimed to promote the survival and growth of dopaminergic neurons using protective agents called neurotrophic factors have had limited success. These failures have been attributed to difficulties associated with surgical administration, diffusion and degradation of these large neurotrophic factor proteins in the brain. In addition to this, these trials did not treat the dying autonomic neurons. There is thus an urgent need to identify new small molecule drugs and drug targets to develop novel therapies to protect all the neurons that degenerate in PD. 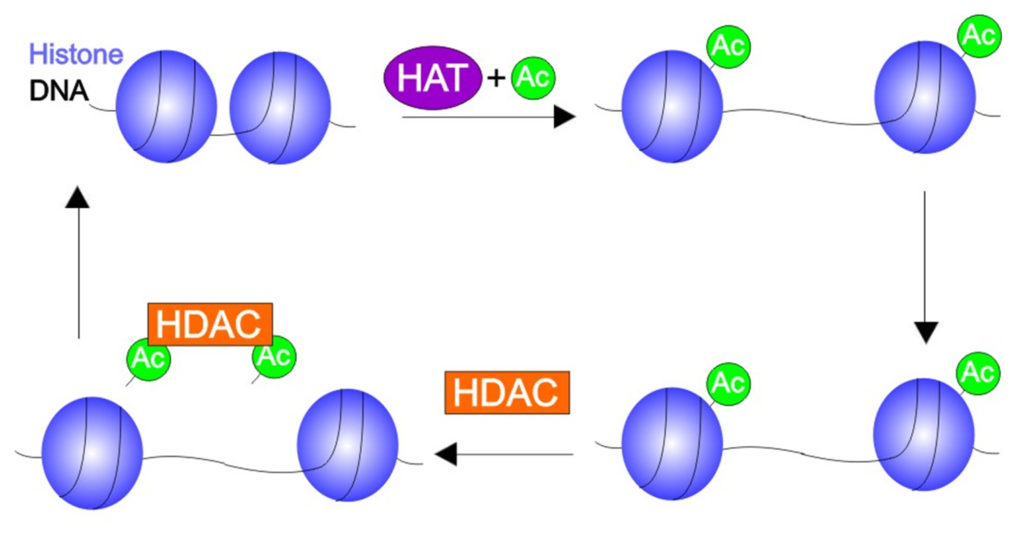 To explore this potential, our study investigated the neurotrophic effects of CTPB, a potent and selective small molecule activator of the HAT p300/CBP, in SH-SY5Y neuronal cells. We chose these cells as they are used to model both human dopaminergic and autonomic neurons. After determining doses of CTPB that did not damage SH-SY5Y cells, we found that CTPB increased the survival and growth of SH-SY5Y neuronal cells. These neurotrophic effects were only achieved when applying specific doses of CTPB. We next showed that CTPB increased histone acetylation levels in SH-SY5Y cells, which likely occurred through selective activation of the HAT p300/CBP. Finally, we showed that CTPB protected SH-SY5Y cells against death induced by the toxin 6-OHDA, which is widely used to model neurodegeneration in models of PD.

Our study was the first to investigate the effects of HAT activator CTPB on neuronal cells, and to demonstrate that p300/CBP HAT activation has neurotrophic effects in a cellular model of PD. Small molecule activation of p300/CBP HAT is an attractive strategy to protect degenerating neurons in PD, especially considering the ability of small molecules to enter the brain from the bloodstream. This type of small molecule drug could protect both dopaminergic neurons in the brain and autonomic neurons in the body in PD. However, extensive work is required in animal models of PD to further explore this potential.