When a virus infects a cell it changes a lot of the cells functions and behavior to its own benefit. The virus reproduces inside the cell and forces it to release many new virus particles which can in turn infect new cells. The hepatitis C virus (HCV) infects exclusively human liver cells causing liver cirrhosis and after decades, liver cancer.

In HCV infected liver cells we observed a dramatic decrease of a protein called alpha-taxilin. This decrease is because the virus on the one hand promotes the destruction of alpha-taxilin and on the other hand actively blocks the production of new alpha-taxilin. In the same way scientists can also modify the amount of proteins inside cells to examine their function. 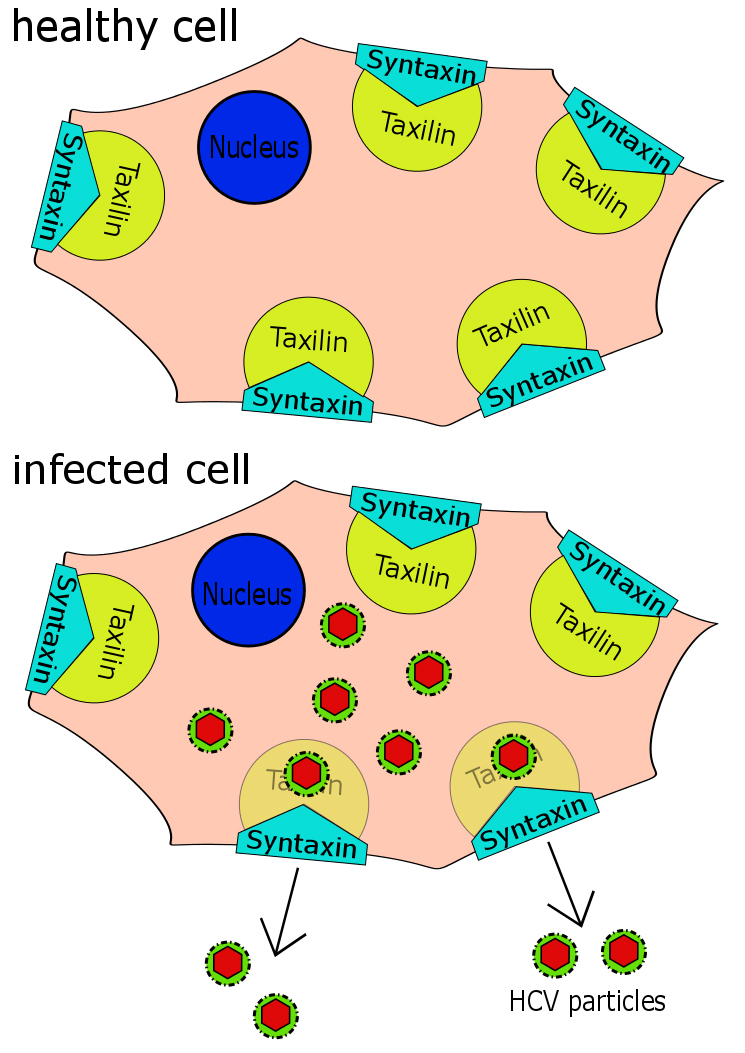 Fig. 1. In healthy liver cells alpha-taxilin binds to syntaxin-4 and so regulates the export. HCV reduces the amount of alpha-taxilin in infected cells and uses the free syntaxin-4 to leave the cell and spread throughout the organism.

So why doesn’t HCV like alpha-taxilin? To answer this question we forced HCV infected liver cells to permanently produce high amounts of alpha-taxilin. The reproduction of the virus in these cells was not affected but the release of virus particles was reduced to 10%.

Then we made it the other way around; let’s say we helped the virus further reduce the amount of alpha-taxilin produced. In this case as well the reproduction of the virus inside the cells was not affected but now we observed a ten-fold increase in the release of the virus.

These findings suggest that lower alpha-taxilin amount is crucial for the release of the virus but not for its reproduction.

The function of the protein alpha-taxilin in a healthy cell is most likely to regulate the secretion of signal molecules and nutrients e.g. cholesterol. This regulation is done by blocking a protein called syntaxin-4. Syntaxin-4 is a part of the export machinery of the cells. This machinery is like a gate which can be locked by alpha-taxilin. The more alpha-taxilin inside a cell, the more syntaxin-4 is blocked and the less export occurs.

In summary we observed that HCV reduces the amount of alpha-taxilin in an infected liver cell by different strategies. Due to the reduced amount of alpha-taxilin more syntaxin-4 is free to export nutrients such as cholesterol outside the cell. This enhanced export is used by the freshly produced virus particles to reach the bloodstream and to infect more cells (Figure 1). Our findings help to understand the molecular biological functions of the viral life cycle.