How much does abandonment of assistive technology cost Italy’s national health service?

The growing need for assistive technology. World Health Organization estimates that today, more than one billion people need assistive technology (AT). AT include any item, piece of equipment or product, whether it is acquired commercially, modified or customized, that is used to increase, maintain or improve the functional capabilities of individuals with disability. Although AT can be a great help to people with disability and reduce or neutralize barriers to participation in society, most people discard their devices after only a short time. 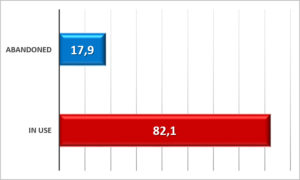 Fig. 1. Percentages of AT in use and abandoned.

There is general agreement that one year after receiving an AT device about 30% of users have abandoned it and hence the 30% rate has been used as a threshold for distinguishing between low and high rates of AT abandonment. The low rate of use of AT results in the waste of private and public resources and also means that there is no change in the extent to which disability affects potential users’ lives, which is frustrating for them.

A survey of users of the National health service in Italy. To investigate the extent to which users of units of local health services (ULHS) in Italy abandon AT devices and their reasons for doing so, we contacted 3,791 ULHS users by telephone for interview. The telephone interview questionnaire asked users about their experience with their AT device, whether they were still using it and, if applicable, why they had abandoned it. Users were also asked how satisfied they were with their AT device and with the service which had provided it.

AT abandonment in Italy. The survey revealed that 17.9% of respondents had stopped using their assigned AT device within seven months of receiving it and 40% of this group said they had never used the device (Fig. 1.). 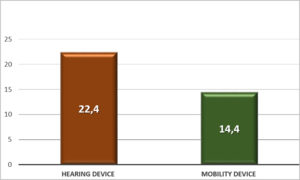 Fig. 2. Percentages of hearing and mobility devices which are abandoned.

Although in theory devices might be abandoned because they have become obsolete, in practice the brevity of the period for which they are used before abandonment makes this an unlikely explanation. It is more likely that AT devices are abandoned for reasons related to the characteristics of the device or because they fail to meet the user’s needs and expectations (i.e., there is a poor match between person and technology). Slightly less than half of recorded ex-users (40%) reported that they had never used the device issued to them and the remaining 60% had abandoned their device within 7 months. These data suggest that devices are abandoned because they are not appropriate to the needs of the user or do not meet the user’s expectations.

The waste of public resources. Money spent on AT devices which are not used is money wasted. In 2013, the ULHS which provided survey respondents with AT devices spent 18,787,797.37 euros on AT; if we assume an abandonment rate of 17.9%, this amounts to a loss of around 3,363,015.73 euros. Given that the ULHS involved in the study serves about 900,000 people this could be regarded as a substantial waste of public money.