How realistic is the potential global spread of Zika virus and should we all be worried?

Unless you have taken a holiday on Mars for the whole of this year no doubt by now you will have heard of Zika. This is the virus that has emerged in the last 18 months to cause an epidemic in South and Central America. Currently, at least 50 countries are known to have active Zika transmission (Fig. 1). Most infections occur with either very mild flu-like symptoms or, far more often, are in fact symptomless, i.e. the person is not ill. However, it is a strikingly different story for newborn babies, who can suffer from a condition called microcephaly, literally having a small head – and hence an underdeveloped brain. In Brazil, the centre of the current outbreak, more than 5,000 cases of babies born with brain defects have been reported. These appear to be associated with Zika infection of the pregnant mother, from whom it is passed to the foetus in her womb (Fig. 2). Scientists are still determining the direct role played by the virus and if it responsible in all instances.

In the run up to the recent Rio de Janeiro Olympic Games, Zika captured many headlines in the news and social media. These surrounded concern over the risk to participants and spectators of catching infection. Some athletes pulled out due to fear of becoming ill or of infecting any child that they may have in future. As events transpired, there was not a single case of Zika. So, was this a massive fuss about nothing or was the hullaballoo at all justified?

Well, both yes and no. Zika is a virus that is typically passed between people by the infectious bite of a particular species of mosquito called Aedes aegypti. A heavy rainy season in Brazil at the start of 2016 prompted a sudden explosion in numbers of these mosquitoes, which were responsible for the subsequent wave of Zika cases in humans. Once the regional authorities recognised the problem they sprayed affected areas exhaustively with insecticide. Bingo! With no mosquitoes, there is vanishingly little way the virus can be transmitted to us. OK, there are isolated reports of catching the virus by having sex with an infected person but these remain unconfirmed and are emphatically in the minority. 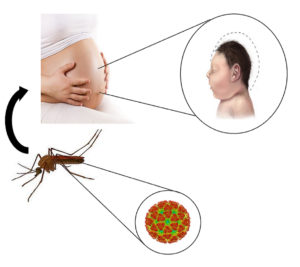 Fig. 2. Zika virus can be transmitted from a pregnant woman to her unborn child.

The impact of Zika was very real but may not have impacted on the Olympics irrespective of any vector control measures that were carried out. The fact is August is the driest month of the year in Brazil, a time when it is highly unlikely to see a mosquito on the Copacabana, let alone be bitten by one. What will happen when the rains return is a different matter and cause for renewed concern for the public health programs of nations across Latin America. At present there is no therapy to combat Zika, although progress towards an effective vaccine is encouraging. While we wait, stopping the disease from spreading even further involves a combination of low-tech methods and common sense advice: insecticide treatment of residential communities; personal protection from mosquito bites; preventing pregnant women from travelling to Zika-endemic territories; and practicing safe sex in those countries.

This begs the question: are people in places far away and which are currently Zika-free zones right to be concerned by its potential global spread? The answer depends on where you live – with respect to both the region and the country. Cases of introduced infection, brought into a country by an infected traveller returning from a Zika-endemic territory, could happen almost anywhere, thanks to the pervasive nature of international air travel. For there to be a local outbreak, however, requires the presence of those Aedes mosquitoes. Since these do not fly at all far, maybe only 500 hundred metres in a lifetime, high population densities of mosquitoes and humans would have to coincide in order for the spread of infection to be sustained. Moreover, they inhabit tropical and subtropical regions, so you are pretty safe if you reside in a more temperate climate.

In spite of appreciable anxiety among the general public in response to media speculation, in regions where Zika has not gained a foothold, such as North America, Europe and Australia (Fig. 1), right now it is extremely probable that any outbreak would be contained locally. This is especially true of industrialised nations for which there is an established public health infrastructure and excellent resources provided for disease surveillance and mosquito control programs. In contrast, in developing countries it is feasible that a Zika outbreak may not be restricted so readily. This situation may arise in the Indian subcontinent and South East Asia, where the inequality of public health care provision in neighbouring countries of varying affluence might be highlighted.

One final warning. Due to the effect of global warming the geographical range of Aedes mosquitoes may be predicted to expand in the coming decades. As a consequence, the worldwide distribution of Zika may also change beyond the pattern that becomes established over the next couple of years. Thus, countries which are not affected at present or in the near future should not be complacent that they will always remain free of Zika.