How to model a “real” tumour outside the body

Cancer is a highly complex disease, which causes high mortality and suffering and remains incompletely understood. In fact, cancer is viewed by many not as a single disease but a collection of diseases with distinct features, pathways and outcomes. In order to more fully understand the critical pathways involved and to screen developing cancer drugs at the earliest of stages in vitro cancer models have been used extensively by cancer researchers. In vitro models involve the growth of cancer cells in a dish in the lab and are an attempt to model processes, which occur within a living cancer patient. 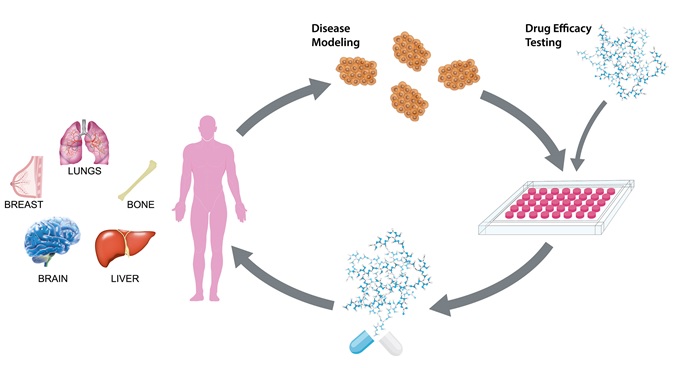 Fig. 1. Cancer metastases (spread of cancer) and its diversity in various tissues are a major influence of high mortality rates as a result of its resistance to conventional therapies. Therefore, metastatic models of cancer that mimic the characteristics of a “real” tumour can be used for more efficient drug screening purposes.

At present, in vitro models are limited by their lack of complexity; they consist of a single layer of cells or a spheroid structure neither of which accurately mimic a tumour as it occurs in the body. Recent advances made by our research group demonstrate that by crowding the space available to cells in a petri-dish it is possible to grow more complex three dimensional structures in a much shorter time. This increased complexity will facilitate a more realistic assessment of the performance of cancer drugs and their pathways. The decreased time taken to grow models of tumours in these dishes will greatly reduce costs for researchers and facilitate quicker and more efficient assessment of these drugs. All in all, we propose developing more realistic and efficient in vitro models or cancer tissues thereby facilitating more efficient and cost-effective treatment screening.