“I feel blue”: The problem of using figurative language in psychological tests 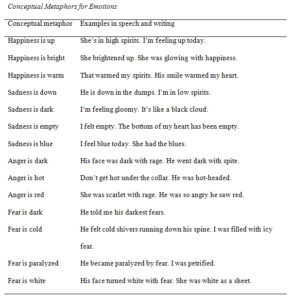 In India, fewer participants recognized each of the conceptual metaphors.  (In the graph, note that the blue bar for India is shorter than the orange bar for the U.S. for every single metaphor.)  Moreover, less than 50% of participants from India identified three of the conceptual metaphors that were well recognized by U.S. participants: happiness is warm, fear is cold, and sadness is blue.  Although previous research found support for these metaphors in multiple countries, these conceptual metaphors are not culturally universal.  For example, blue is associated with different emotions in other countries: In French, “fureur bleue” means to have extreme anger and “avoir une peur bleue” means to be frightened to death.  Blue may not be universally associated with particular emotions because the associations are not based on common physiological reactions. People turn red when they are angry (hence, anger is red), but people do not turn blue when they are sad. 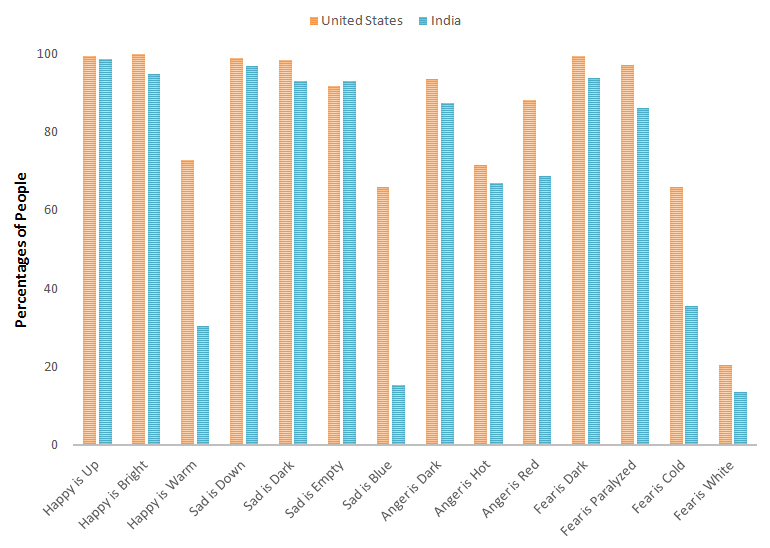 Fig. 2. Associations between descriptors and emotions.

The only conceptual metaphor that was not recognized by participants from either country was fear is white.  Although several studies have associated fear with a white face, loss of blood flow is represented by a variety of colors (paleness, yellowness, etc.). These findings echo previous research showing that facial expressions of fear are not as well recognized as facial expressions of other emotions.

Only two of our 14 conceptual metaphors were uniquely and almost universally identified in both countries: happiness is up and happiness is bright. Based on these results, test developers should be cautious when using figurative language on psychological tests and avoid it if possible. Test-takers should ensure they understand the intended meaning of test items to obtain accurate test scores. In our increasingly globalized society, all of us should be aware of both the richness and dangers of using figurative language.