Combining biological processes and microfluidic platforms have recently attracted significant attention due to the possibility to fabricate devices for diagnosis of wide range of disorders. Although many immobilization techniques have been established for such systems, developing proper immobilization matrices is still under investigation. Hydrogels which are polymeric networks formed by polymerization of one or more monomers can be utilized for this purpose. The most known property of hydrogels is swelling and retain a significant amount of water within its structure without any dissolution in water. Many inorganic and organic materials have been used for production of hydrogels. Particularly, natural hydrogels have been favoured in recent studies because of their functionality, biocompatibility and eligibility to form three-dimensional network. 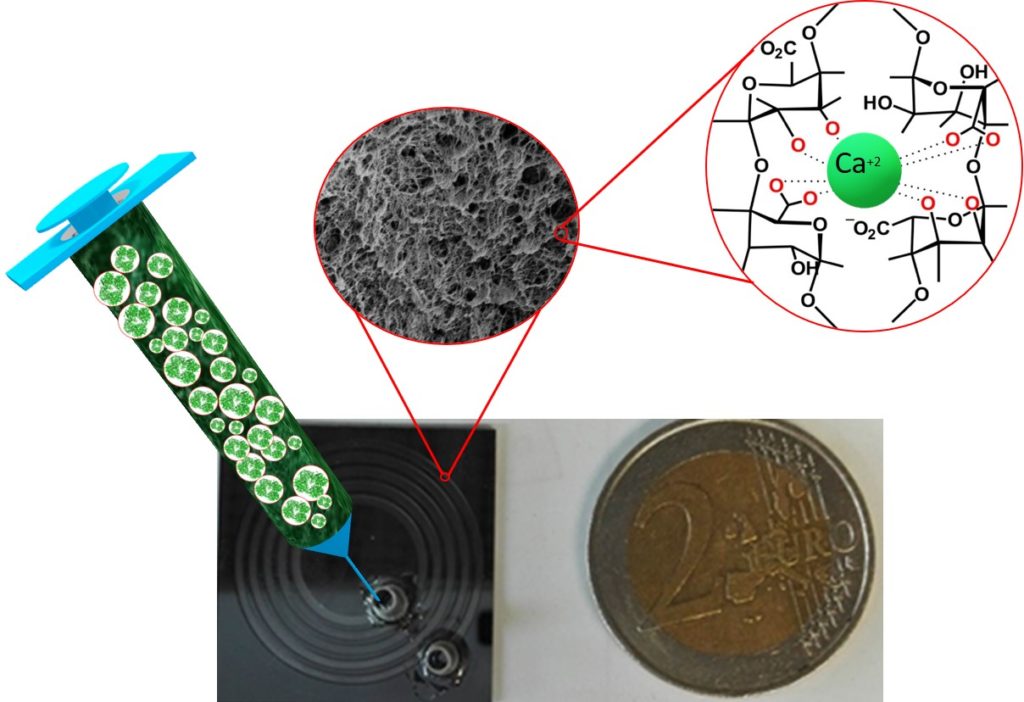 In this study, a novel method based on alginate gelation was improved for entrapment of biological substances in microchannels. Specifically filling the long and tiny microchannel with desired biological matrices is very challenging. The motivation behind the study was to develop injectable alginate hydrogel under controllable gelation conditions to immobilize enzymes into microsystems. The low hydrolyzing D-Glucono-lactone (GDL) was used to release divalent cations to initiate gelation of alginate which was attained by the addition of ionized cations directly to the alginate solution. The gelation was induced upon lowering the pH by addition of GDL and release of Ca+ ions from solid CaCO3. The effects of GDL on gelation time and structural properties of the hydrogels were investigated. β-glucosidase was immobilized in the formulated hydrogel and enzymatic activities were measured to demonstrate immobilization performance of resulting gels. Furthermore, a single microchannel reactor was fabricated for testing efficiency and suitability of optimized alginate monolith for microfluidic platforms. The results indicated that increasing the GDL concentration increased both surface area and enzymatic activity. The gels fabricated with higher concentrations of GDL were more durable. However, the higher concentration of GDL decreased the gelation time and made injection more difficult to obtain homogenous gels. Thus, GDL concentration can be adjusted to provide controllable gelation before loading into the microchannel system also considering the complexity of the geometry. Enzymatic activities of enzyme loaded microchannel were superior to on-the-bench immobilization. On the other hand, the stability of immobilized enzyme was improved by adding certain amount of chitosan for long term studies. The gelation conditions were very gentle and modest for producing homogenous gels. Additionally, the procedure was very simple. To the best of our knowledge, alginate gels have never been applied as immobilization matrix for enzymes in microsystems.

In conclusion, the developed formulation exhibits remarkable performance as a polymeric network compared to conventional alginate gels and shows potential for use in microfluidic platforms to provide three dimensional networks for biological applications.

Acknowledgement
This study is supported by the Scientific and Technical Research Council of Turkey (TUBITAK) through 113M050 project.