The evaluation of world’s biodiversity has always been of major concern, especially when undertaking conservation measures or establishing protected areas. Species lists play an important role in this context, not only providing tools for conservation purposes, but also serving as source for several types of research. In the Atlantic side of South America, Brazil has the longest coastline and a great variety of habitats, being of major biodiversity importance for the southwest Atlantic marine and estuarine fauna. 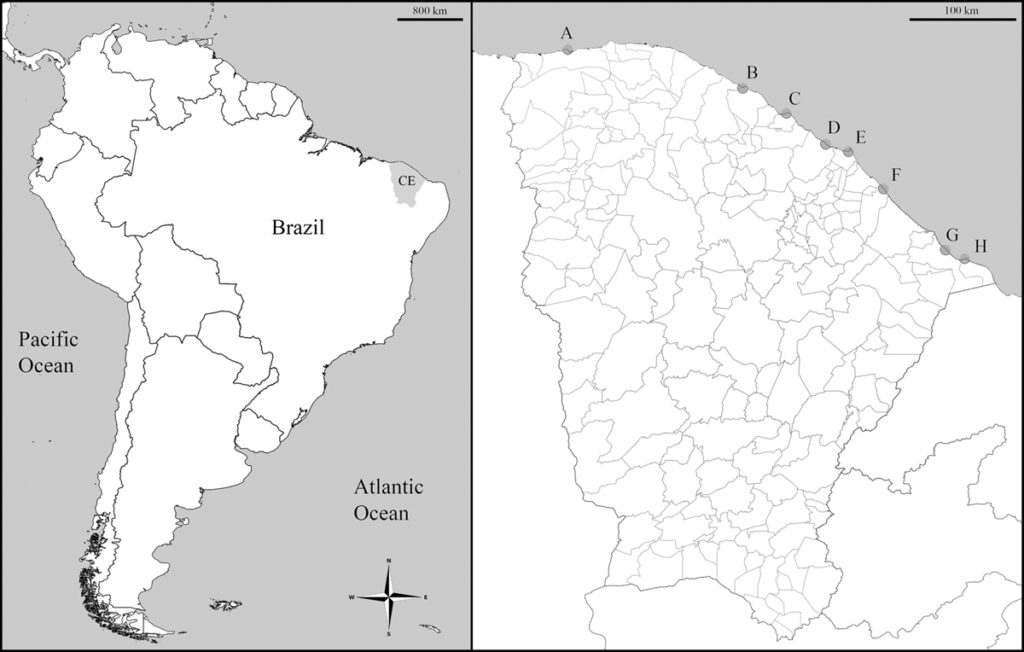 The Brazilian coast is divided into 17 states. One of them, the State of Ceará in the northeast region of the country, is characterized by 578 km of coastline with extensive sandy beaches, occasionally interrupted by arenitic rocky formations, but also several estuarine areas, typically dominated by mangroves. In these areas, a quite diverse, although still little known invertebrate fauna can be found. The decapod crustaceans from Ceará started to be best studied between the late 1960’s and early 1980’s through several preliminary lists by a local researcher, Dr José Fausto Filho. Apart from these lists, occasional new records and species have been published for the area. Despite the number of contributions to the decapod fauna of Ceará, there have been no attempts to review the total diversity of the marine and estuarine species. In this sense, the present study consists of the most complete and fully updated checklist of the marine and estuarine decapod crustaceans from the State of Ceará, which, we hope, will be valuable for conservation and biodiversity related projects and also stimulates further ecological, taxonomic and biogeographic research. The list was compiled using three different sources: (1) previous species records and lists present in the literature; (2) examination of material deposited in local carcinological collections; and (3) fresh material collected along the coast between 2011 and 2014. A total of 337 species of decapod crustaceans are now listed from Ceará, distributed in the following taxa: Brachyura (162 species), Caridea (83 species), Anomura (42 species), Dendroranchiata (20 species), Axiidea (11 species), Gebiidea (9 species), Achelata (8 species), Astacidea (1 species) and Stenopodidea (1 species). Among these, 23 species are recorded for the first time for Ceará, including shrimps, ghost shrimps and crabs. One of the new records, the peppermint shrimp Lysmata lipkei Okuno & Fiedler, 2010 (Caridea: Lysmatidae), was previously known only from several islands of Japan, thus its presence in Brazil possibly indicates the species invaded the southwestern Atlantic Ocean. 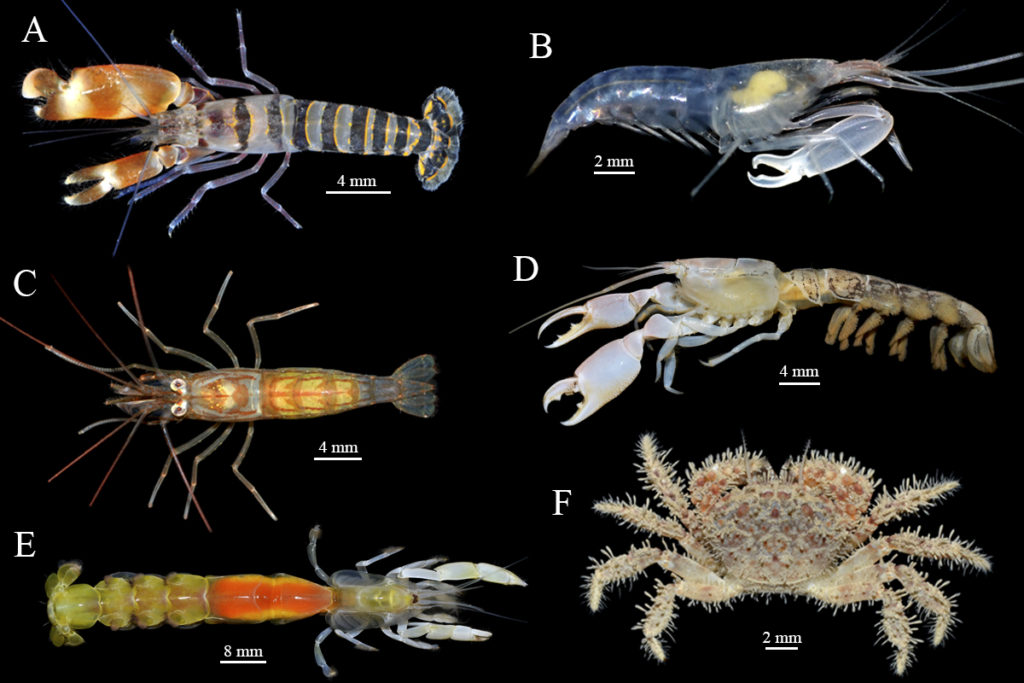 The species richness of the decapod fauna from Ceará (337 species) is fairly high and comparable to that of other Brazilian states. For instance, Ceará harbors about 60% of the total diversity of brachyuran crabs (162 out of 272 species) and shrimp-like decapods, i.e. Dendrobranchiata, Caridea and Stenopodidea (103 out of 169 species) currently known for the Brazilian North and North-East. Although the list presents a high number of species, it is important to note the predominance of intertidal species, which reflects a more extensive exploration of the intertidal zone compared to the subtidal zone, the latter known to present a quite different fauna. Therefore, additional collecting efforts in subtidal areas are necessary to find more species and have a more complete idea of the decapod fauna from Ceará.