A number of important medical products are obtained from human blood plasma; these fall into three main categories:

–  Immunoglobulins (antibodies) for treating disorders of immunity or certain infections, as well as for preventing rhesus disease of the newborn;

– Albumin for patients with protein deficiency or injuries;

– Clotting Factors to stop bleeding in people with haemophilia.

World-wide production of these products uses over 25 million litres of human plasma each year. Although 70% comes from paid donors in the USA, most countries aspire to self-sufficiency using their own unpaid donors. 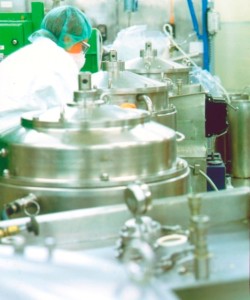 For Scotland, these medicines were prepared by the Scottish National Blood Transfusion Service (SNBTS) at its specialised unit in Edinburgh, The Scottish Protein Fractionation Centre (PFC), which closed in 2008. My article summarises the origin and the development of this activity in Scotland and the issues that contributed to the closure of the PFC.

It began with the construction of a unit at the Royal Infirmary of Edinburgh (RIE) to freeze dry plasma to treat casualties of World War II, which was part-funded by a donation from pupils and staff of the Edinburgh Ladies College (later the Mary Erskine School for Girls).

After the war, a decision to increase the range of plasma products led to a Blood Products Unit (BPU) being built within a new centre for the Edinburgh Blood Transfusion Service which opened at the RIE in 1950. New products included antibodies against measles, german measles, tetanus, hepatitis A and hepatitis B and antibodies to prevent rhesus disease of the newborn. Coagulation Factors were developed to treat haemophilia A & B and Albumin to treat patients with burns and major injuries.

Demand eventually exceeded the capacity of the BPU and the unit (now named PFC) re-located to a new facility at Liberton in Edinburgh in 1975.  The PFC now operated its main process continuously, to give a high throughput. Continuous processing was also applied in the production of Factor VIII for the treatment of haemophilia, resulting in a yield increase of almost 50%. This enabled Scotland to become the first country to provide sufficient plasma products from its own unpaid donors to treat all of its patients.

Further new products included antibodies that could be given intravenously, enabling patients to treat themselves at home, and Clotting Factors that were treated to be safe from HIV and hepatitis C infection. 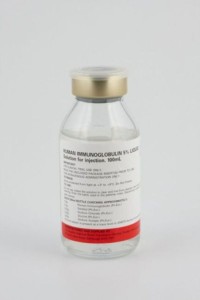 In 1998, the use of plasma from UK-blood donors was banned by the British Government over worries that it might be infected with variant CJD (human BSE), which might be spread this way. The aim of national self-sufficiency was abandoned and plasma had to be imported for processing.

The cost of importing plasma eventually led to PFC being considered uneconomic; and the Scottish Government decided it should be closed. At its closure, PFC could produce 27 different plasma products, making it one of the most successful pharmaceutical manufacturers in the UK.

In April 2008, the Scottish Government established a Public Inquiry into infection of patients with HIV or hepatitis C by NHS treatment with blood and blood products.

With regard to PFC, The Penrose Inquiry concluded that the SNBTS had provided:

“the first comprehensive national supply of heat treated Factor VIII in the world” and had “achieved outstanding results, as evidenced by the fact that Scotland appears to have been the first country in the world that was able to supply all of its haemophilia patients with a Factor VIII product that did not transmit hepatitis C.”

“With the closure of the PFC, Scotland lost many of the skill sets associated with Fractionation.”