Brain development requires neurons, the most sophisticated information-carrying cells in the body, to migrate from where they are born to faraway destinations where they finally settle down and take up residence.  During its journey, a young neuron extends a short leading process which drags along the cell body as it lunges forward.  Microtubules are struts inside the neuron that connect the leading process with a structure called the centrosome inside the cell body so that it can be dragged along.  When the neuron reaches its home, the microtubules detach from the centrosome and then move freely to populate the axon, which is an elongated process that is very different from the leading process.  Unlike the leading process, which is short and tows the cell body, the axon can grow enormously long so that it can reach a target tissue, such as a muscle, without dragging along the cell body.  In the axon, the microtubules are free to slide down its length, and this is what enables the axon to grow longer and longer.  While this scenario makes good sense, there had been no direct test of it, with some controversy from investigators who have had other ideas.  In our recent article, published in the Journal of Cell Biology (Rao et al., 2016), we wanted to investigate the situation, using contemporary cellular, molecular and pharmacologic tools.   In so doing, we confirmed that the scenario described here is essentially correct, but we also found an exciting surprise that may tell us how the sliding of microtubules also controls the journey of the neuron to its home. 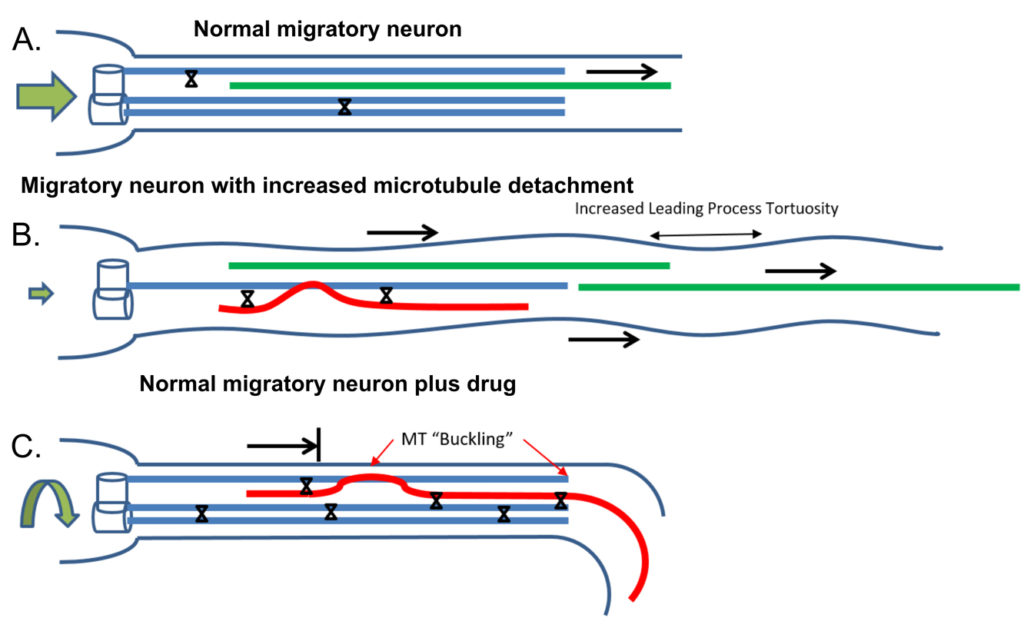